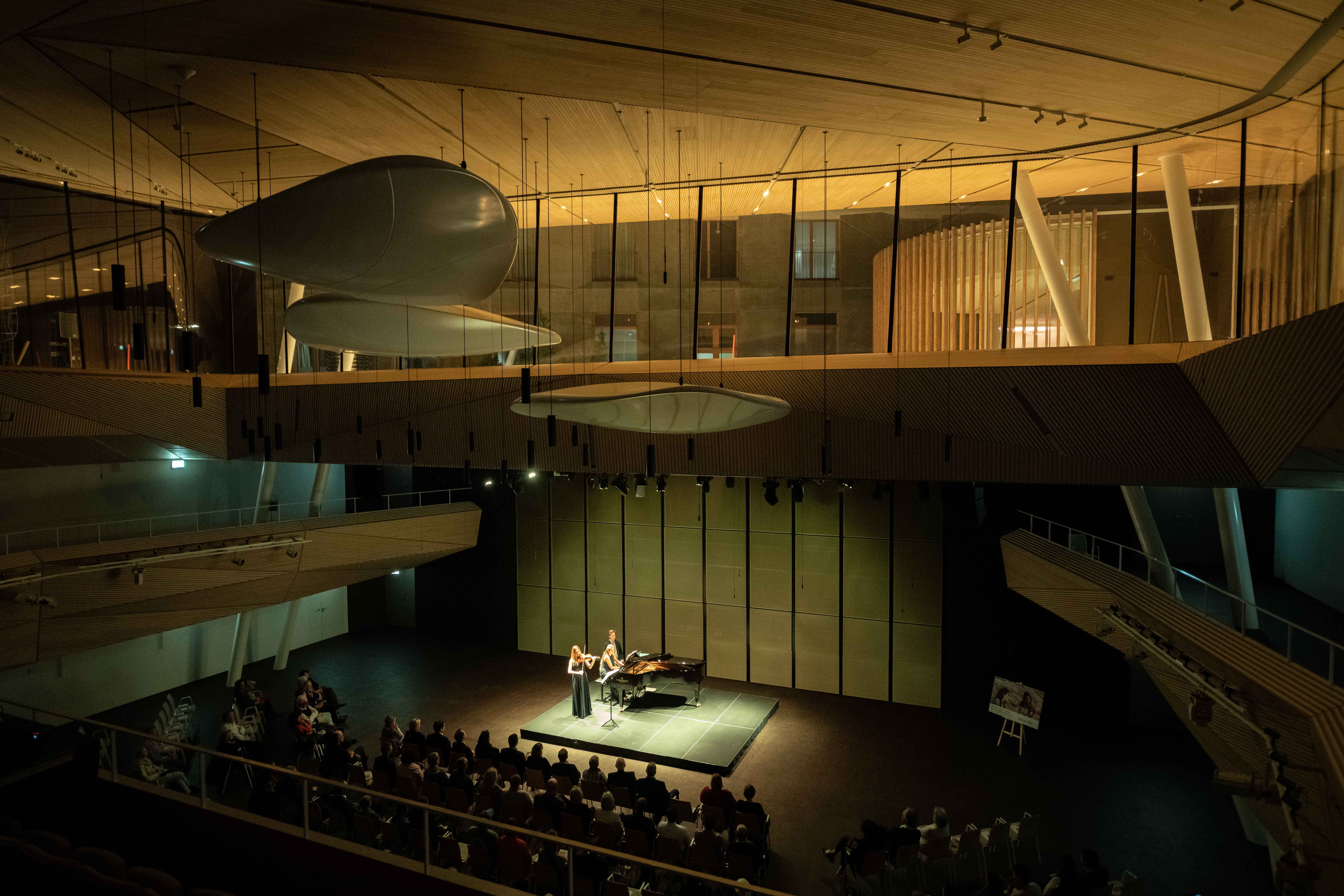 Through its Young Artist Concert Programme (YACP), Andermatt Music is dedicated to supporting young soloists and chamber musicians. The YACP’s second year will be a programme of five monthly concerts from February to June 2021. Andermatt Music is working closely with The New Generation Festival.

Roberts Balanas (Violin)
Latvian violinist Roberts Balanas has amassed millions of views online with his solo violin arrangements as featured by The Strad Magazine, Classic FM, BBC Radio 3 and The Violin Channel. Sir Elton John also published his solo violin arrangement of “I’m Still Standing’’. In 2020, Roberts released his debut album in collaboration with Linn Records and generously supported by the Bicentenary Scholarship at the Royal Academy of Music.

Margarita Balanas (Cello)
Latvian cellist Margarita Balanas has performed to audiences worldwide. Margarita made her solo debut at Wigmore Hall at age 17. Since then, she has played at Royal Festival Hall, Berliner Philharmonie, Kensington Palace and at festivals, such as the Piatigorsky International Cello Festival and the Adelaide International Cello Festival. Margarita is a regular guest artist for Scala Radio, BBC Radio 3 In-Tune, Classic FM and Latvian Radio 3.

Ariel Lanyi (Piano)
Israeli pianist Ariel Lanyi made his orchestral debut at the age of 7. He has appeared as a soloist with the Israel Symphony Orchestra and the City of Birmingham Symphony Orchestra. He has also played at festivals such as the Ausseer Festsommer, Bosa Antica Festival, Miami Piano Festival, the Ravello Festival, and the Young Prague Festival. He currently studies at the Royal Academy of Music in London.

In collaboration with the Royal Academy of Music Bicentenary Scholarship.