Ecology on the golf course

Designed with environmental aspects in mind, the Andermatt Swiss Alps Golf Course cherishes flora and fauna and manages its resources in a sustainable manner. As a result, the course was awarded the globally recognised GEO certification. Various studies have demonstrated its ecological added value.

Long-term measures to protect the environment

The golf course in Andermatt was designed from the ground up to be environmentally friendly. For instance, the tees and greens are drained through a layer of filter gravel and built-in drainage pipes, and ponds serve to regulate the water supply on the course. This prevents significant damage from occurring even in the event of persistent drought or flooding. Pesticides are used very sparingly, and fertiliser is applied on only about one-quarter of the grounds. Neither treatment is allowed near open water. This in turn promotes biodiversity on the course. The number of dragonfly species has increased, at-risk bird species, particularly ground breeders, have found a new home in the meadows around the golf course, and more and more migratory birds are stopping in Andermatt, such as purple herons and shelducks.

The most important animal species on the perimeter of the Andermatt golf course are birds. The Swiss Ornithological Institute in Sempach has been monitoring the bird population in recent years, and it has determined that the construction and maintenance of the golf course has had a positive impact on the populations of breeding birds, with an increase in rare birds like the whinchat and the rosefinch. This encouraging result is due to the meticulous planning of the ecological replacement and offsetting areas. The golf course also includes the cantonal conservation area Bäz, which makes up nearly 40% of the total area of the golf course. It has been observed that the marsh warbler has expanded its territory from the Bäz conservation area to cover the entire golf course. You can find the extensive report about the bird population on the Andermatt Swiss Alps Golf Course on the website of the Swiss Ornithological Institute in Sempach.

In 2020 a count of the dragonfly population was performed at the Andermatt Swiss Alps Golf Course. Twelve species were identified, meaning considerable species diversity given the altitude. The numerous bodies of water, which vary in size and depth and are home to diverse types of water plants in various developmental stages, constitute the foundation for the diversity that one encounters. Notably, the new water elements on the golf course are home to a larger variety of dragonfly species and have higher population numbers. The documented dragonfly species include two that are potentially at risk in Switzerland: the black darter and the common damselfly.

A butterfly count performed in 2021 returned impressive results: The grounds of the golf course were found to have 56 different butterfly species, 10 of which are considered endangered in Switzerland. Particularly noteworthy are the eastern baton blue and the turquoise blue, both of which are practically extinct in Central Switzerland. The reason why so many healthy populations live on the golf course is that the landscape is optimally protected and cared for.

No plastic on the golf course

For reasons of environmental protection, the Andermatt Swiss Alps Golf Course does not keep PET bottles on the course. Drinking stations provide golfers with fresh mountain water, both sparkling and still, at no charge. Bring your own bottle, or borrow a reusable bottle at the golf reception desk.

By awarding its GEO certification, the Golf Environmental Organization has confirmed that the Andermatt Swiss Alps Golf Course meets – or exceeds – all criteria in the areas of fostering nature, conserving resources, and supporting the community. In order to be certified, a golf course is looked at very closely. Ecological and economic aspects are considered: on the one hand, the entire ecosystem, with its flora and fauna; on the other, management and cultivation of the course. You can find the GEO report about the Andermatt Swiss Alps Golf Course on the organisation’s website.

The Urseren Valley in the BirdLife Switzerland magazine

The Andermatt Swiss Alps Golf Course was one of the first golf courses in Switzerland to be GEO-certified. It is also a member of the Audubon Cooperative Sanctuary Programfor Golf and is seeking its certification. Both labels look not only at environmental measures but also at sustainability efforts in the areas of the economy and society. Here you will find all of them bundled.

Andermatt Responsible is the campaign for sustainable, climate-friendly tourism in the Andermatt region. Our aim is to facilitate tourism operations in a way that preserves resources. This is because we are convinced that it is in the interest of all of us to protect Switzerland’s mountain environment. 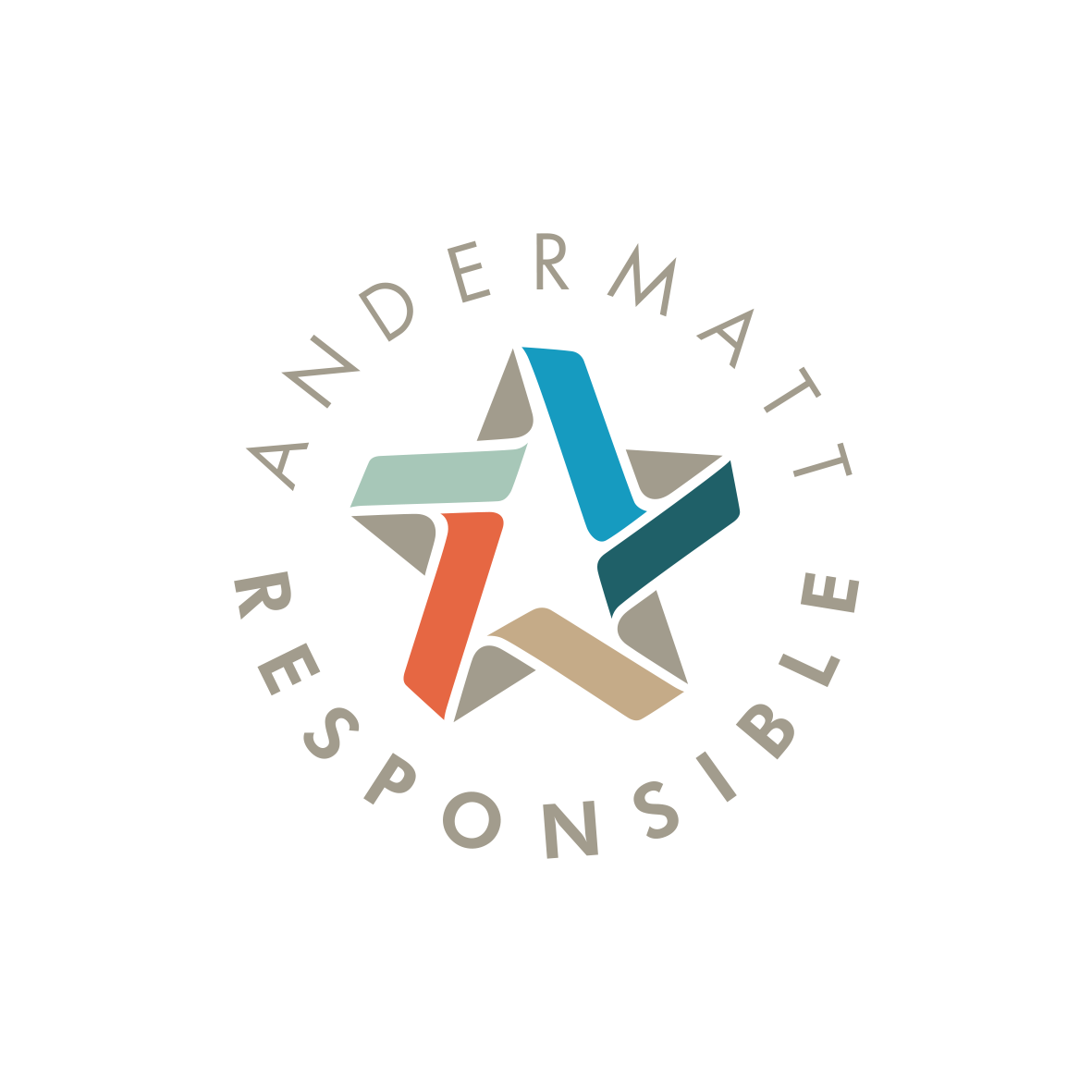