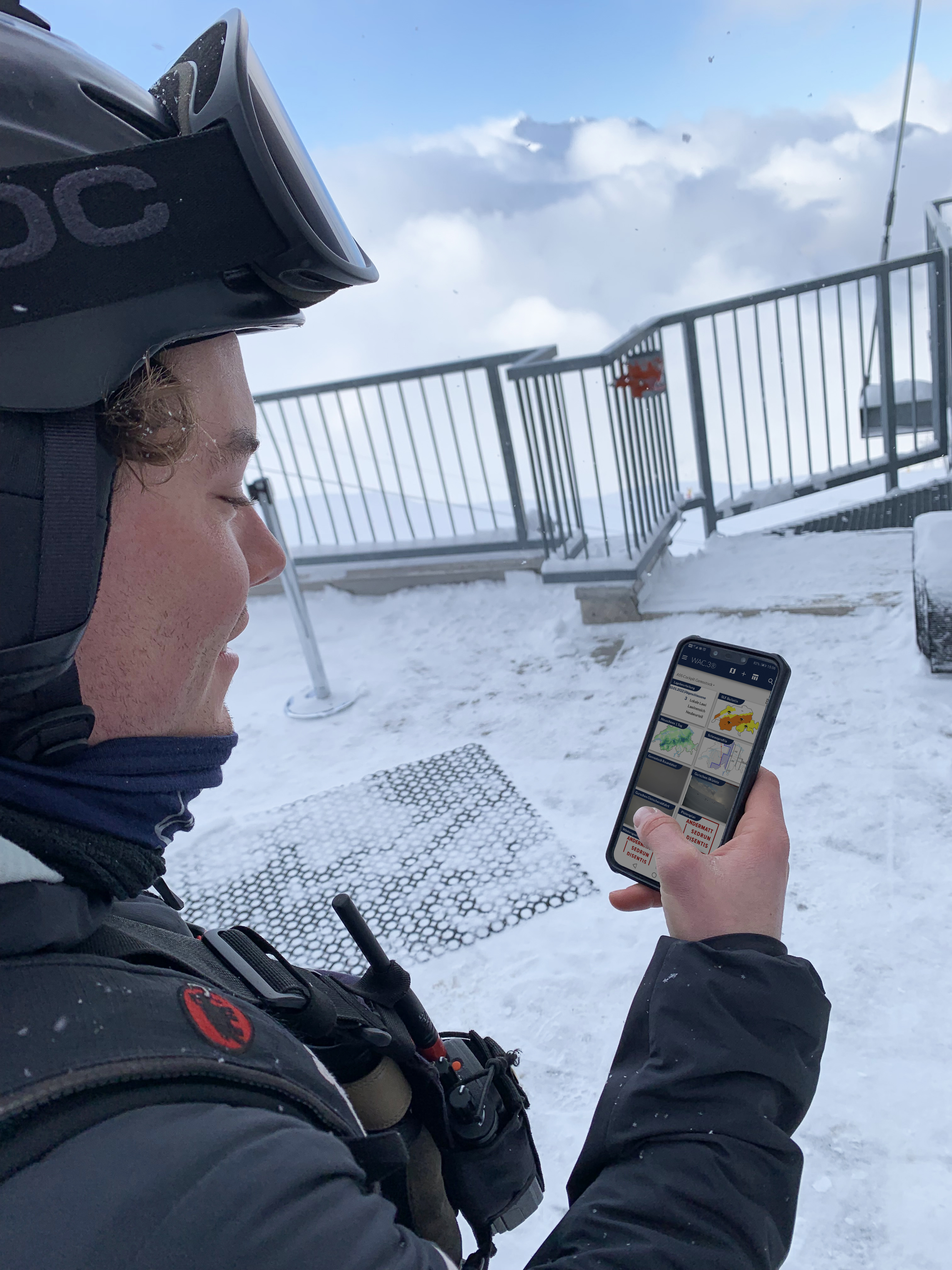 Carlo Danioth, head of ski patrol/mountain guide at the SkiArena Andermatt-Sedrun, and his team worked with Wyssen Avalanche Control AG to develop and implement software that makes the slopes even safer. Every step having to do with the safety of the ski area – site assessment, piste checks, avalanche detonation and even accidents – is entered into the WAC.3® software, enabling it to be consulted at any time.

It’s 5 a.m. Carlo Danioth is under way on Gemsstock, assessing today’s snow conditions. A large amount of snow had fallen overnight. He and is team are now at work protecting the slopes against potential avalanches. After a moment on the mountain, Danioth opens the WAC3® program on his computer. General data, like the appraisal by the WSL Institute for Snow and Avalanche Research and the weather forecast, have already been entered, as have detailed maps showing all potential avalanche fissure sites in the area and the location of the remote-controlled avalanche detonation devices. “Every detonation can be seen here. In addition, terrestrial detonations, i.e. those that we perform manually on location, are transferred to the map with precise GPS data by wireless signal. That way, every employee knows exactly where and when we detonated,” says Danioth. This makes the daily briefings and preparations much more straightforward and professional for the day’s ski patrol leader. Unusual observations, such as the condition of the snowpack, can be directly entered with a safety notice. 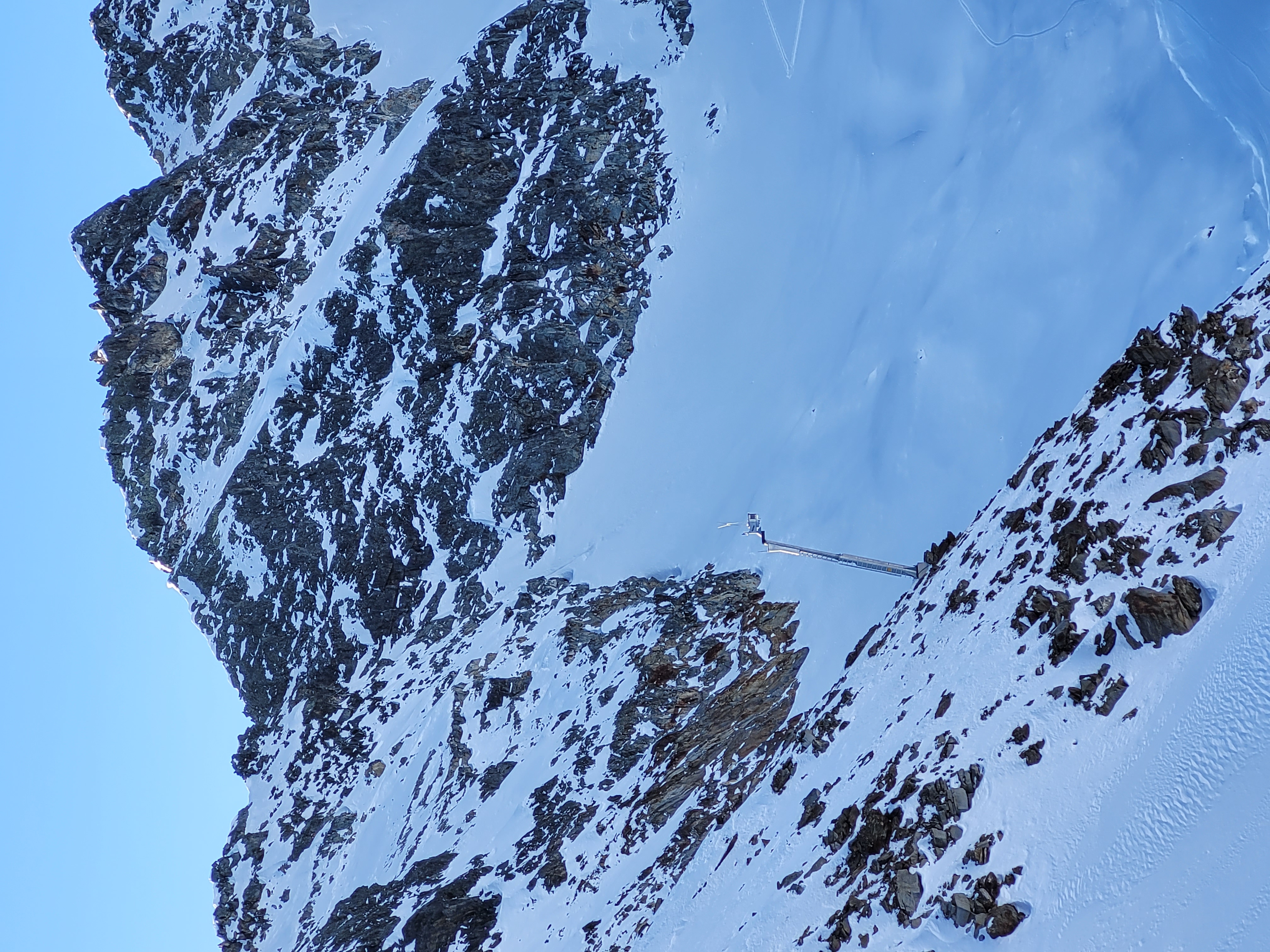 Every piste is checked before opening for the benefit of the snow sport enthusiasts. “If I see something that still needs to be done, like fixing a broken net or straightening a sign, I can take a photo and save it in the system with my name,” says Michi Bissig, member of the SkiArena Andermatt-Sedrun ski patrol. He works with the software every day. “That way, everyone sees that I've checked the piste, and if something happens, this is clearly documented.” The employees were initially somewhat sceptical when the system was introduced. “They weren’t really sure whether this was a tool for surveillance or for making thing easier. However, they all now support the program and see its benefits. If an event or an avalanche with consequences occurs, we can look at all site assessments that we made, detonations that we performed, and steps that we took and thus clearly document that everything was done to ensure the safety of winter sport enthusiasts. When you work with nature, there's no such thing as total safety, but it's important to take all steps to keep the residual risk as low as possible.

“If the weather is nice, we make the first site assessment at around 6:45 a.m. and then the next one around 4 p.m. The pistes were nicely groomed overnight. But if the weather is unstable and it's snowing or very windy for instance, then first thing in the morning, we set the time for making next written assessment,” says Danioth. The information is also important for the ski area’s operation centre. That's where information is collected about piste conditions so that the employees can put together the winter sport report appropriately. The report not only lists which lifts are currently in operation and which pistes are open but also when the situation will be reassessed if necessary.

If an accident happens on the piste, it is logged, and its precise location is recorded on the map. That way, the administration can identify directly from the system what happened, where it happened and what rescue measures were taken, as well as issue invoices for the rescue by the ski patrol. “With certain events, the cantonal police also get involved: serious or deadly accidents, collisions, events with the infrastructure and so on. In this regard, the accident report is filed in WAC3® along with photos, cause of the accident and other important details and then sent to the cantonal police. This information can be retrieved even months after the event, which protects us in the event of liability claims,” adds Danioth.

The ski patrol at the SkiArena Andermatt-Sedrun is responsible not just for safety on the slopes. “The Matterhorn Gotthard Railway runs through an avalanche-prone area. The northern catchment area west of the Oberalp Pass tunnel (Pazola) has often buried the tracks and stripped off the overhead power line, which resulted in the railway being out of service for an extended period.” Danioth and his team also assess this sector every day and give the Matterhorn Gotthard Railway a recommendation of when to trigger the permanently installed avalanche detonation devices.

At 4:45 p.m., the head of the ski patrol that day meets with the drivers of the snow groomers for a short debriefing. The second site assessment at 4 p.m. revealed that no further measures were necessary, and the final piste check showed that nothing was amiss. That means the end of the workday for the members of the ski patrol and time for the snow groomer drivers to begin grooming the pistes and tackling the special work assigned at the briefing. If everything goes according to plan, they’ll knock off work between 2 and 3 a.m. The weather forecast calls for a clear, cold night, which promises that tomorrow's work will be less involved, at least in terms of avalanche preparation.