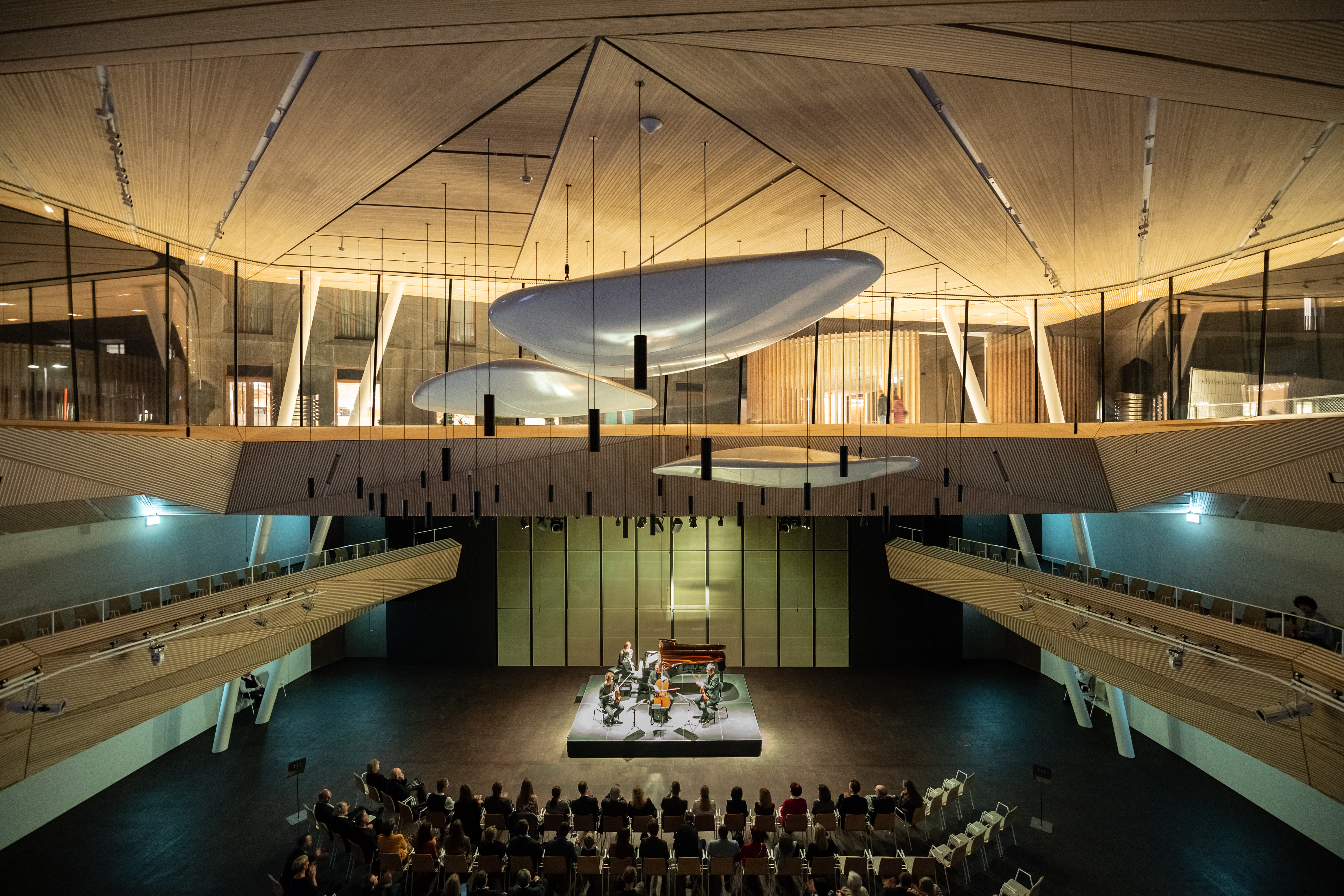 Cul­tur­al cen­tre in the Alps

The Andermatt Concert Hall, designed by Studio Seilern Architects, was inaugurated in 2019 with a brilliant concert by the Berlin Philharmonic. This world-class forum for music represents a further showpiece for Andermatt.

The Andermatt Concert Hall was designed by Studio Seilern Architects under the direction of Christina Seilern. The Andermatt Concert Hall is the first large concert hall designed specifically for a year-round destination in the mountains. The auditorium, awash with natural light and with seating for about 650, offers an intimate atmosphere and features a flexible stage with space for a 75-piece orchestra. Kahle Acoustics and Ducks Scéno, who were responsible for the acoustics and the auditorium design, also designed the Cité de la musique – Philharmonie de Paris. London-based Studio Seilern Architects also designed, among others, the Annenberg Centre for the Performing Arts at Wellington College in the UK. As former head of the London branch of Rafael Viñoly Architects, Christina Seilern was responsible for major projects, including 20 Fenchurch in London, the Curve Performing Arts Centre in Leicester, the Mahler 4 Office Tower in Amsterdam, and the Wageningen University Plant Research Centre in the Netherlands. 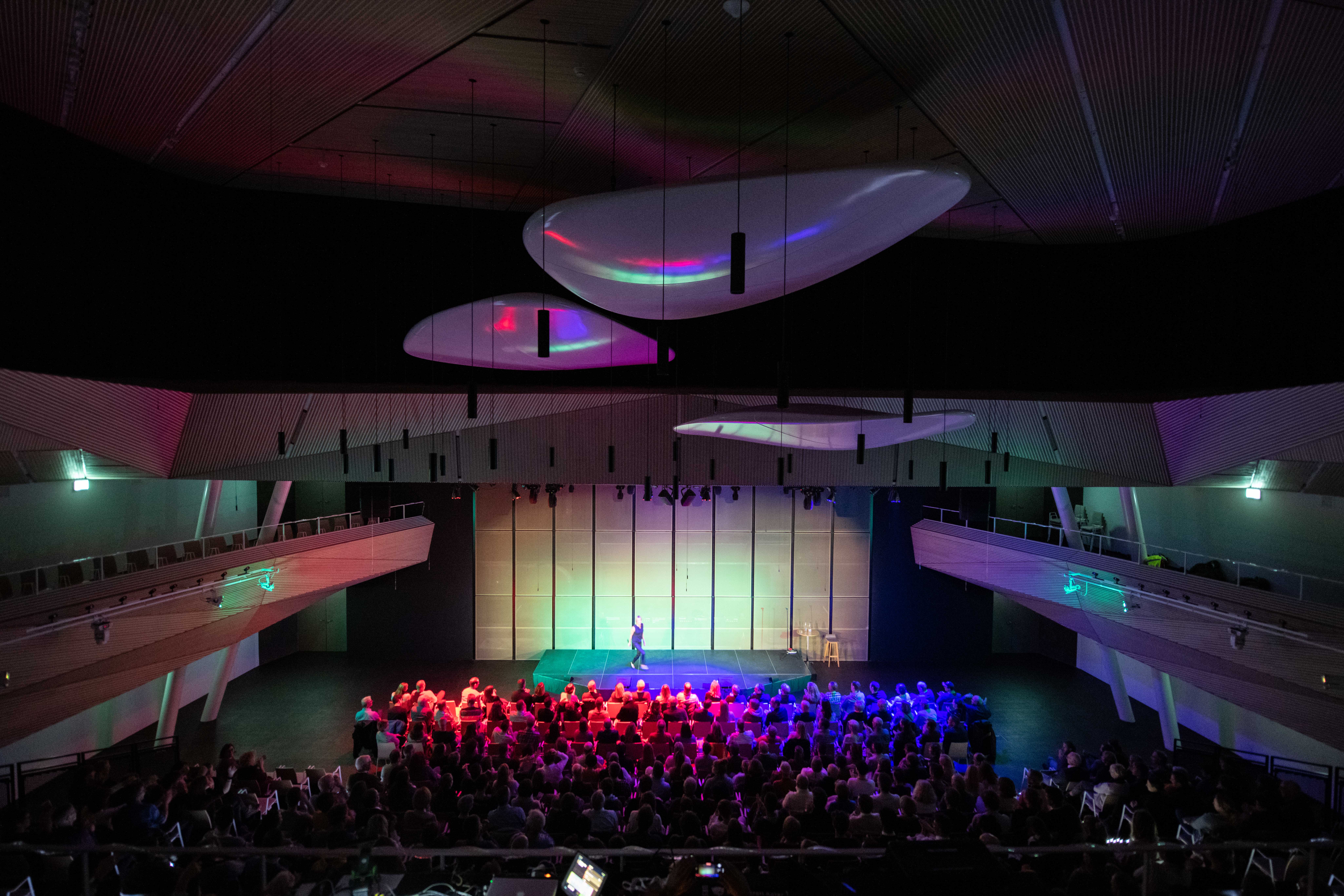 With its flexible interior design, the Andermatt Concert Hall is also well suited for conferences, exhibitions, banquets, and weddings. The hall has a wood interior construction. It has outstanding acoustics and is outfitted with state-of-the-art conference technology. You can find all information about the various spaces and their use under “Conference infrastructure”. 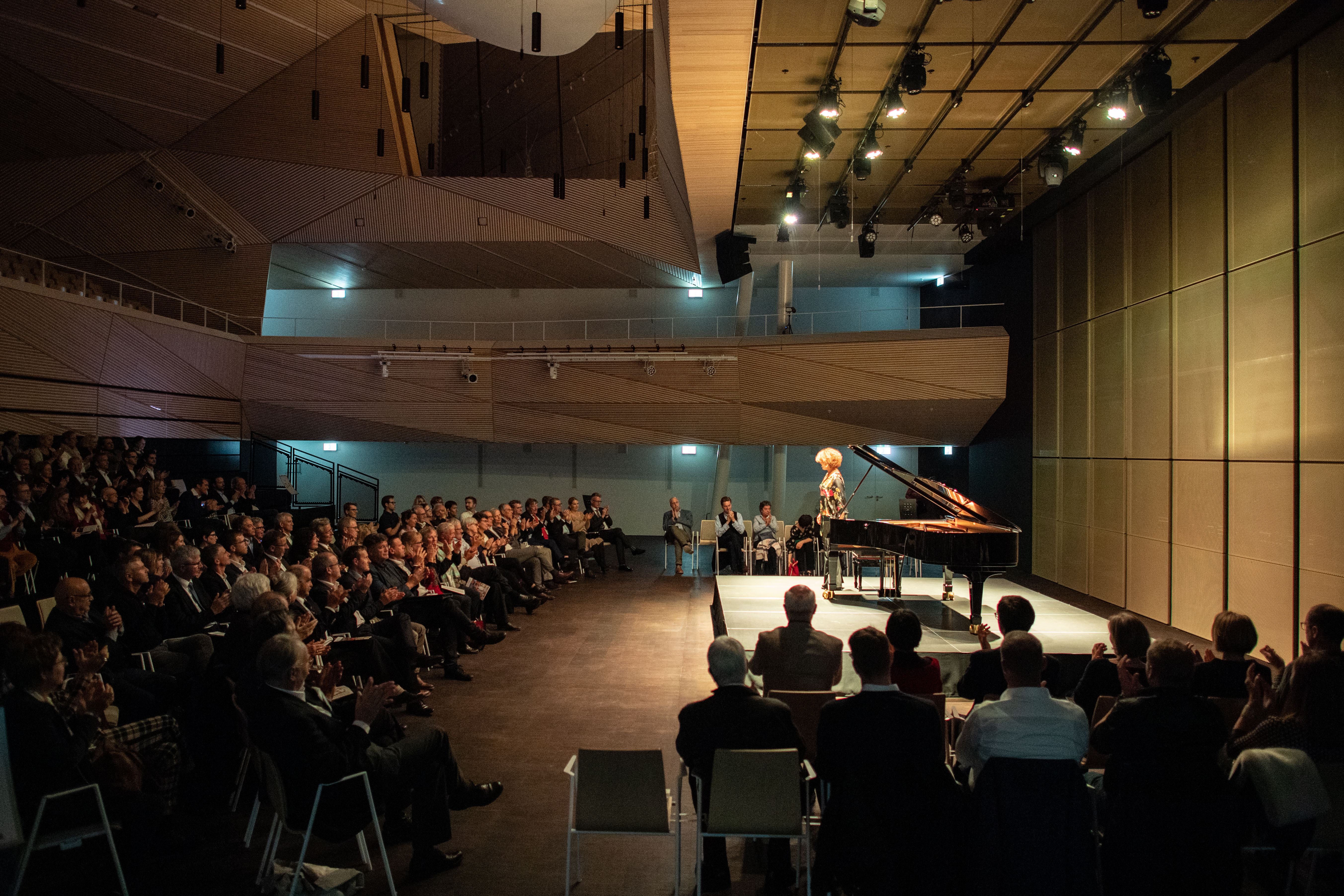 Events are held throughout the year at the Andermatt Concert Hall. A variety of classical-music festivals with international performers ensures that Andermatt is a fixture on the world map of classical music. Regular comedy evenings, film screenings, and pop, rock and jazz concerts assure a diverse programme.

The Andermatt Concert Hall is located next to the Radisson Blu Hotel Reussen at Bärengasse 1 in Andermatt. It is a five-minute walk from the Andermatt railway station. You can find covered parking spaces at Andermatt Reuss Parking directly next door and other parking spaces in the village.

The Andermatt Concert Hall is accessible for people with limited mobility.