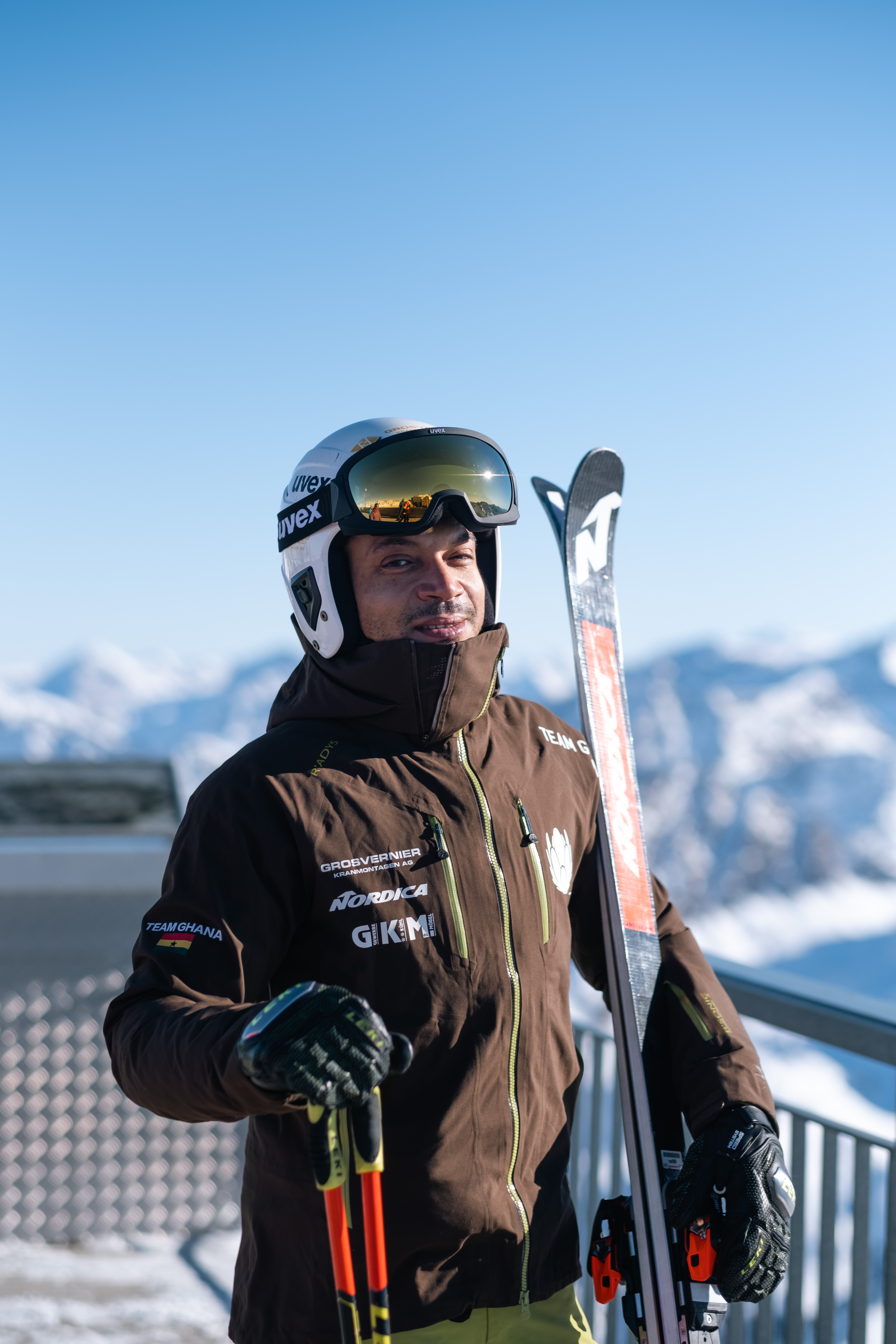 Carlos Mäder has Ghanaian roots and grew up in the canton of Obwalden. When he was eight months old, he was adopted by the Giswiler family. For several years, the ski racer has been pursuing the goal of competing for Ghana at the Winter Olympics. He has been training hard for this – in Andermatt in fact. The SkiArena Andermatt-Sedrun is supporting him with a season pass so that he can get in shape to compete against the world’s best.

Carlos Mäder's eyes light up when he talks about his qualifying for the Olympic Games in Beijing. Even though the path to get there was very difficult. First, he had to apply with the Ghanaian embassy for a passport. Although the ambassador was thrilled about his idea, he told Carlos after a bit: “You know that we don't have mountains in Ghana, right?” But Carlos persisted and overcame all hurdles. Even after he failed to meet his real objective – qualifying for the 2018 Winter Games in Pyeongchang.

“Ghana will certainly not become the new ski nation, but by competing, I wanted to show that anything is possible if you put your mind to it.” Carlos wants to be a model and pioneer for young people around the world, particularly in his African homeland. At age 43, he is one of the older Olympic competitors. Nevertheless, quitting was never an option for him. When asked about where he hopes to place in the giant slalom, he says with a wink: “My goal is to finish the farthest behind the winner – who will hopefully be Marco Odermatt.”

The idea of the Olympics is what counts

In fact, for Carlos, the pay-off for all of his hard work is just being there. He is the only athlete competing for Ghana in Beijing and will carry the Ghanaian flag at the opening ceremonies unaccompanied. “I want to make Ghana part of the dialogue, and I have a further dream: adding a pan-African team to the World Cup.” Listening to this charming man from Central Switzerland, there is no doubt that he will achieve that goal. Carlos is shouldering nearly the entire cost of competing in Beijing. The Olympic stipend of $18,000 helps a bit, and equipment sponsors also provide relief. But it’s still not enough to cover his expenses. That’s why he created a page on I believe in you, a crowdfunding platform for ambitious athletes.

It all comes together in Andermatt

It was in Andermatt that Carlos hit on the idea of competing in the Winter Olympics. He and his friends have been skiing at the Andermatt+Sedrun+Disentis ski area for years. “My favourite piste is here – the Sonnenpiste on Gemsstock. The quality of the piste is perfect. Plus, Andermatt is nearby and the people are very friendly. When I visit Andermatt, I always feel like I'm coming home.”

The giant slalom in Beijing will be held on February 13. 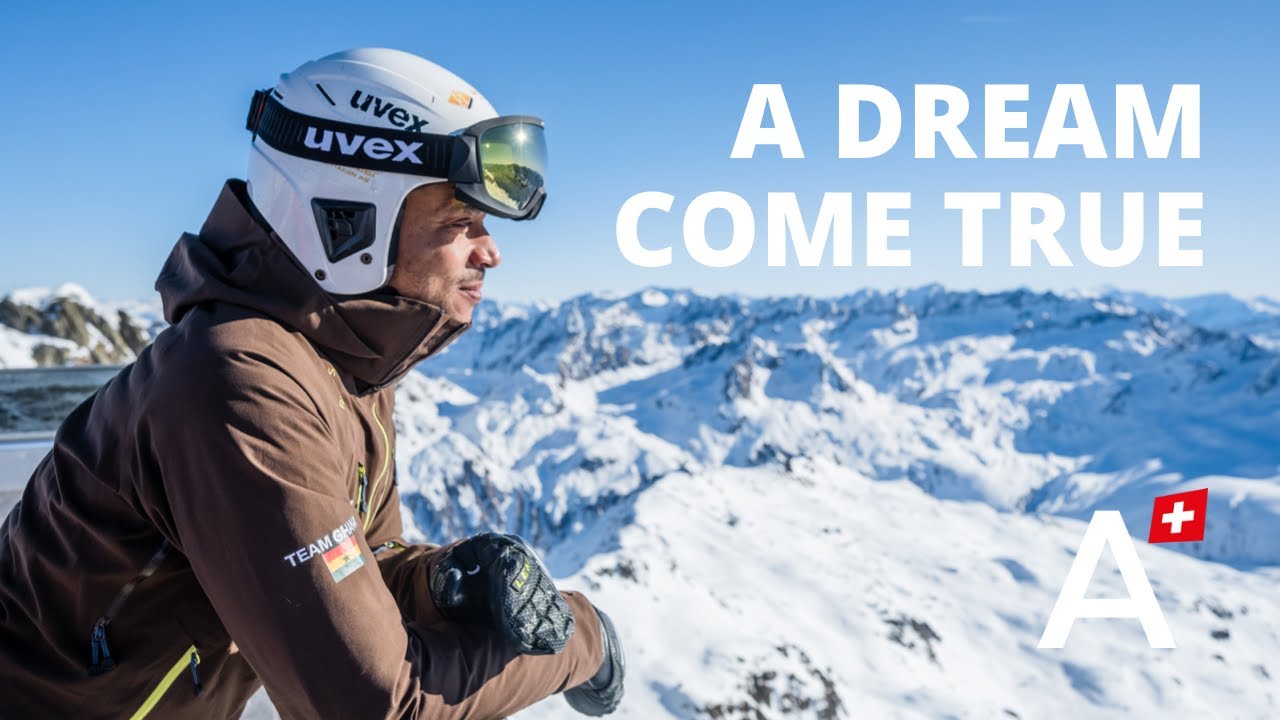