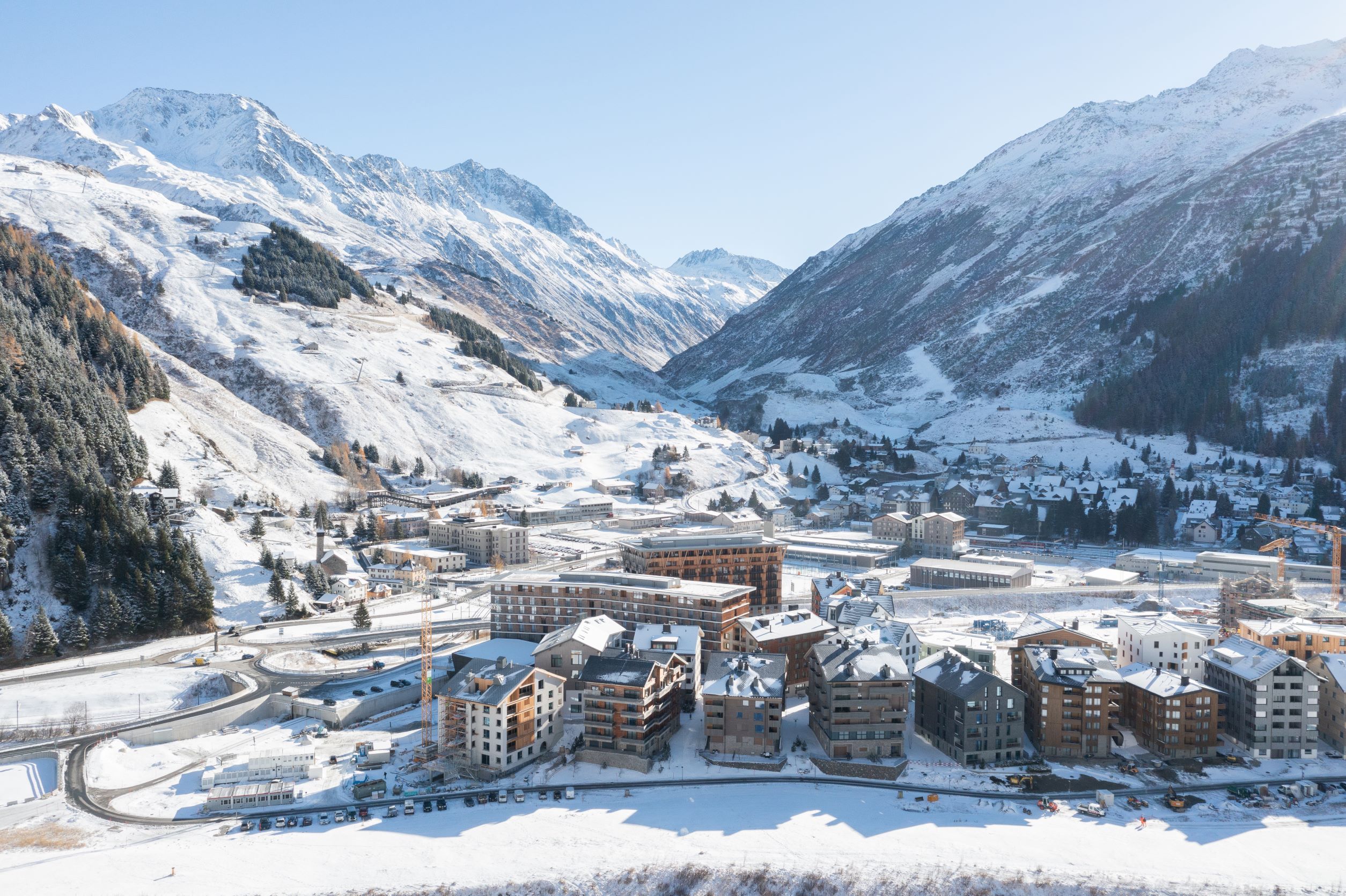 Destination developer Andermatt Swiss Alps has reported record property sales of over CHF 150 million for 2022 (previous year CHF 122 million). The average price per square metre increased by 12 per cent compared to the previous year, and the outlook for 2023 is positive.

Andermatt Swiss Alps launched four new apartment buildings on the market in 2022, each of which sold out within a matter of weeks. A total of 68 apartments in four houses were handed over to new owners during the year. At the same time, the expansion of the infrastructure base (podium) by 20,000 m2 with 230 car parking spaces was completed, allowing for the addition of another 15 apartment buildings.

With a total of over CHF 150 million, Andermatt Swiss Alps AG reached an all-time high in property sales. The company was able to sell 70 apartments (previous year 92 apartments), with the average price per square metre increasing by 12 per cent. The m2 prices in Andermatt Reuss have increased by more than 50 per cent between 2012 and 2022, while the respective highest m2 prices for each year have even seen substantially bigger rises. At the end of the 2022 financial year, 650 of a total of 665 apartments (completed, or under construction) and hotel residences had been sold.

Strong momentum at the destination

CEO Raphael Krucker comments: “Andermatt Swiss Alps has not only benefited from the general real estate boom here, but above all from the increased attractiveness of the destination.” The accessibility, the varied year-round outdoor and cultural offerings – including Andermatt Music with Lena-Lisa Wüstendörfer – as well as trendy events such as Verve Techno or Gravel Bike for a young audience, plus the further upgrading of the gastronomy and retail offerings make Andermatt an attractive year-round destination.
In addition, Raphael Krucker adds, the stake held by Vail Resorts, Inc. in Andermatt-Sedrun Sport AG (SkiArena Andermatt-Sedrun) and the associated investments to further expand the ski area will give the region a further boost.

The Savills Ski Report 2022/23 ranks Andermatt among the top 10 Prime Ski Resorts. Russell Collins, Head of Sales and Marketing: “Andermatt is a successful and future-oriented destination with a positive outlook for further development.” Andermatt is in the best of company among big names like Gstaad and St. Moritz, but also Verbier, Vail and Aspen. Andermatt also scores highly in terms of resilience to climate change.

Andermatt Swiss Alps AG is optimistic about the near future. “Investments of around CHF 500 million in further development in the coming years will further increase the attractiveness of the destination and thus the value of the properties”, so CEO Raphael Krucker. Despite a challenging international environment, the signals for the Swiss market are positive. The supply of second homes – especially in the upscale new-build segment – remains low, and Andermatt Swiss Alps is uniquely positioned here thanks to the exemption permits for the second-home initiative and Lex Koller. Andermatt Swiss Alps is one of the few projects in Switzerland that can bring new second homes to the market.

Among other things, the construction of six apartment buildings and initial work on the new lifestyle and sports hotel are planned for 2023. In the village district of Andermatt Reuss, a new shopping and restaurant mile is to be built by the end of 2024, which will include 12 retail trade areas and 3 areas for gastronomy. The focus is on cooperation with strong partners. Among others, the Cotton Club, known from Mallorca and Ibiza, will take over the golf restaurant from the winter of 2023/24. Further cooperations with well-known Swiss restaurateurs are in the pipeline, as well as with retail brands for the commercial space in Andermatt Reuss, which will open at the end of 2024.