In the 2021 financial year, the Andermatt Swiss Alps Group increased total revenue by 30 percent and property sales by 58 percent compared with the previous year. Record results were also achieved by the two hotels The Chedi Andermatt and Radisson Blu Reussen, both of which for the first time posted a positive operational result.

In the 2021 financial year, the Andermatt Swiss Alps Group recorded revenue of CHF 201,1 million (+30 percent compared with the previous year). Operating profit (EBITDA) improved by about CHF 20 million to CHF 25.3 million. The net loss for the ASA Group in 2021 amounted to just CHF -8.0 million, an improvement over the previous year’s result by CHF 24.4 million. Since the start of the project in 2007 until the end of 2021, a total of approximately CHF 1.3 billion has been invested.

“We are very pleased that we were able to significantly increase our revenue and profitability,” says CEO Raphael Krucker. “This result was possible only because of the extraordinary commitment by all employees. Suppliers, partners and buyers, well as guests, also helped to ensure the continuation of the Andermatt Swiss Alps success story.” 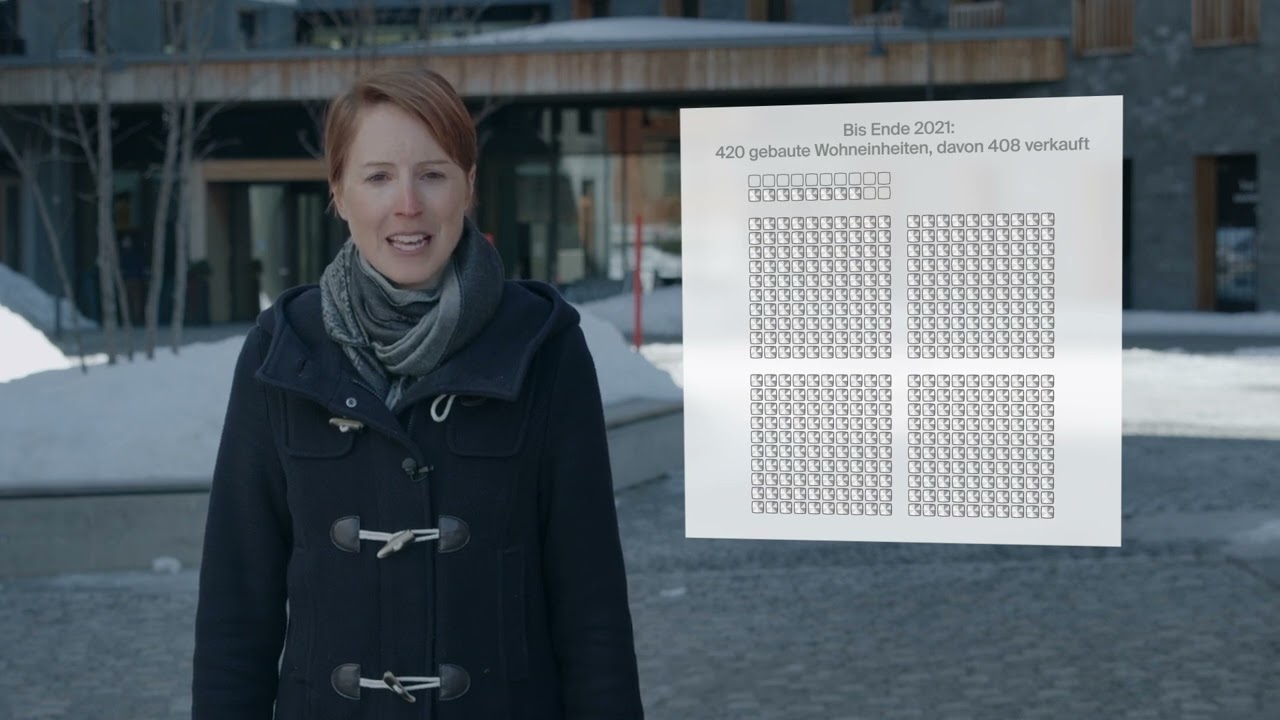 In 2021 property sales amounted to CHF 122 million (previous year: CHF 76.9 million), corresponding to an increase of about 58 percent. This means that demand accelerated further after having reached a record in the previous year. The high demand is attributable, in particular, to the variety and attractiveness of the offerings and the destination. As at the end of the 2021 financial year, a total of 420 apartments and hotel residences had been completed, and 412 of them had been sold.

The average square-metre price for properties sold in the luxury segment has increased by 60 percent over the past four years to 2021. In the lifestyle segment, the increase is 40 percent. At the end of 2021, 120 properties were under construction, and all of them have already been sold. Seventy percent of the buyers live in Switzerland, 15 percent elsewhere in Europe and the remainder in the rest of the world.

Despite the continued loss of group and event business, the hotel Radisson Blu Reussen posted a rise in revenue to CHF 14.7 million (a nearly 35 percent increase). With 65,943 guests, the Radisson Blu Reussen recorded an occupancy rate of roughly 44 percent. The rental of the holiday apartments of Andermatt Alpine Apartments also trended in a positive direction, with revenue rising to CHF 2.5 million and the occupancy rate to 33 percent, even though there are considerably more apartments in the portfolio.

Both hotels posted a positive result from operations for the first time in 2021. This was primarily due to higher occupancy, increased revenue and lower costs.

From 1 January to 31 December 2021, Andermatt-Sedrun Sport AG posted gross revenue of CHF 21.6 million, nearly 10 percent less than in the prior-year period due to the coronavirus. The number of skier days fell by about 375,000 compared with the figures prior to Covid-19. Summer business on the mountain and at the golf course suffered because of the rainy summer.

As at the end of 2021 the Andermatt Swiss Alps Group, with the hotels The Chedi Andermatt and Radisson Blu Reussen and the cableways company Andermatt-Sedrun Sport AG, including the Swiss Snowsports School, employed 1,006 people – in the cantons of Uri (Andermatt and Altdorf) and Grisons (Sedrun). Of these, 55 percent have full-year contracts, while 45 percent bolster the team in the winter and summer seasons. The Group has employees from 49 countries. They include 17 apprentices and 21 trainees. On annual average, the Andermatt Swiss Alps Group offers 635 full-time positions (an increase of 6 percent compared with the previous year).

Outside evaluations show that Andermatt Swiss Alps AG is on the right path with its vision of being the Prime Alpine Destination. The property consulting firm Savills lists the destination among the world’s top-five prime ski resorts. And Times Travel named Andermatt a leading Swiss ski resort.

Catering operations make an important contribution to the Prime Alpine Destination. The two restaurants on Gütsch – Gütsch by Markus Neff and The Japanese by The Chedi Andermatt – were each awarded a Michelin star in 2021. Together, the Group's four outstanding restaurants have 62 GaultMillau points and three Michelin stars between them.

The Andermatt Swiss Alps Group is committed to sustainability. Once again in 2021, the entire energy consumption for power and heat was able to be covered exclusively from renewable sources. The Group was awarded the Swisstainable label, with the golf course even achieving the highest rating. As an OK:GO partner, the Group is the first company in Central Switzerland to show where it is barrier-free, i.e. its accessibility options, for various offerings in the Ginto app. In its first published sustainability report, Andermatt Swiss Alps discloses its CO2 footprint and highlights its various ESG activities.

The mobility offer MyBuxi and additional charging stations helped to further promote e-mobility in 2021. The attractive travel-and-ski packages with train and bus are yet another measure for reducing CO2 emissions.