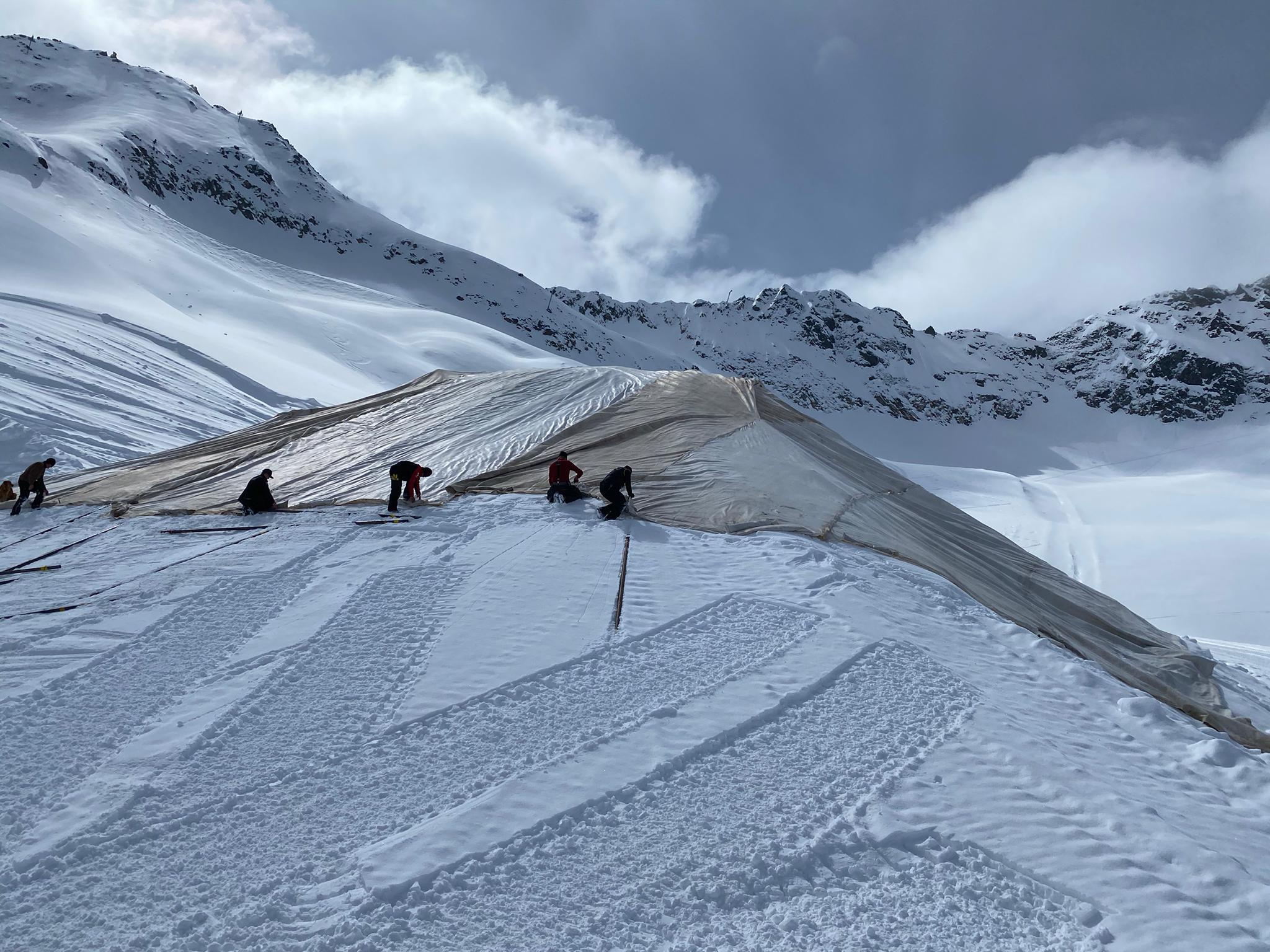 There is currently still a lot of snow on the mountains – a lucky break for the SkiArena Andermatt-Sedrun. The glaciers in the ski area are protected against the heat, the ice remains intact. And to keep it that way during high summer, the ice sheet has also been covered with fleece. In addition, large amounts of snow are being preserved for next season using a technique known as “snow farming”.

The Gurschen glacier is located directly below the Gemsstock mountain station, forming the entrance to the ski piste. Each spring, employees of the SkiArena Andermatt-Sedrun offload snow onto this natural ramp and cover it with white fleece. This prevents the glacier ice from melting away during the summer. To make the covering, they sew sheets of fleece together using large industrial sewing machines. The giant fleece cover is then secured with sandbags and filled water hoses that normally supply the snow-making equipment. This technique has been used successfully in Andermatt for 17 years. 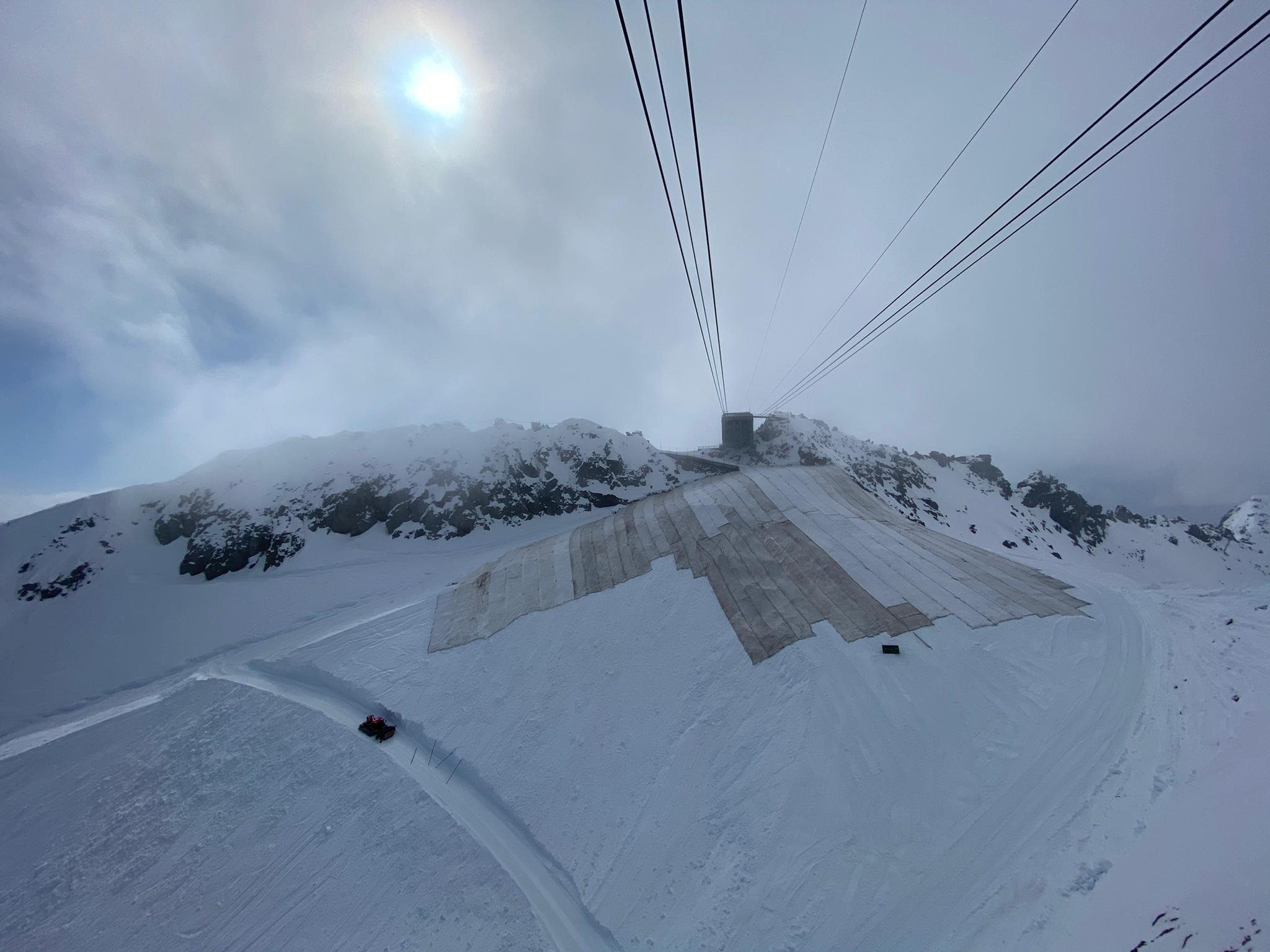 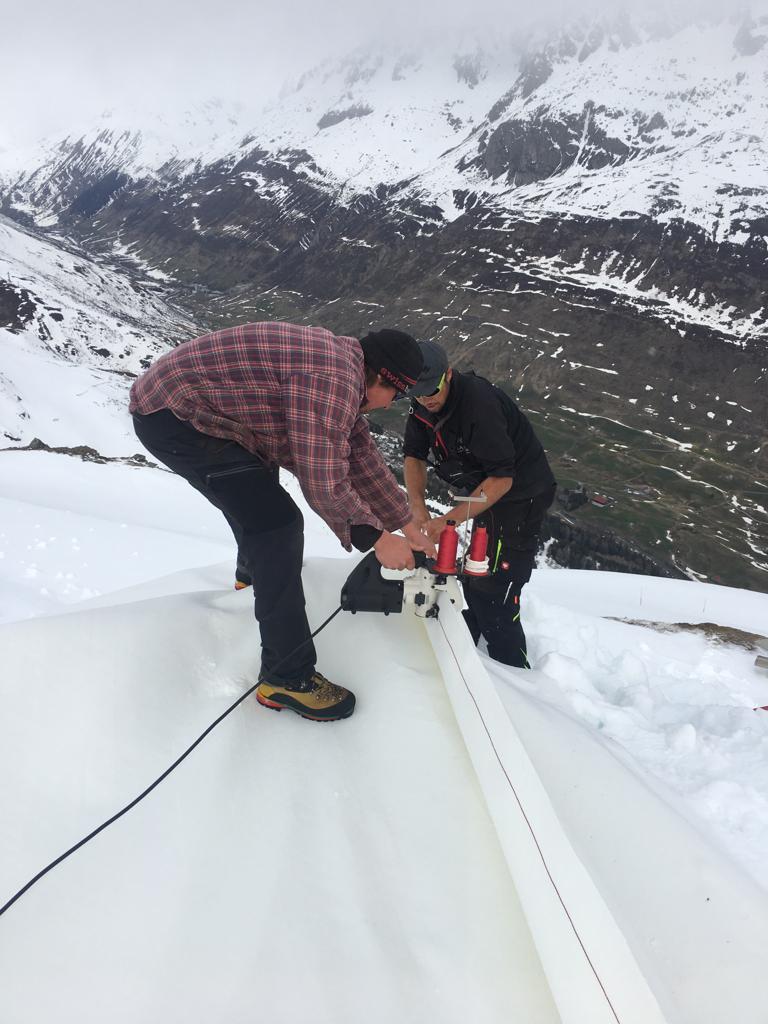 Housing snow during the summer

In addition, snow is “farmed” by creating large snow depots and covering them with fleece. This preserves the snow until the fall, when it can be used again to groom the slopes. Last year, ten depots were created this way, housing about 130,000 m3 of snow during the summer, or about 75% of the covered snow volume. Snow farming saves the SkiArena energy and costs, because making artificial snow requires water and power. In late May, the depots will be measured for the first time using GPS. That way, in the fall, it can be calculated precisely how much remains of the estimated 200,000 m3 of snow that are being covered this year.