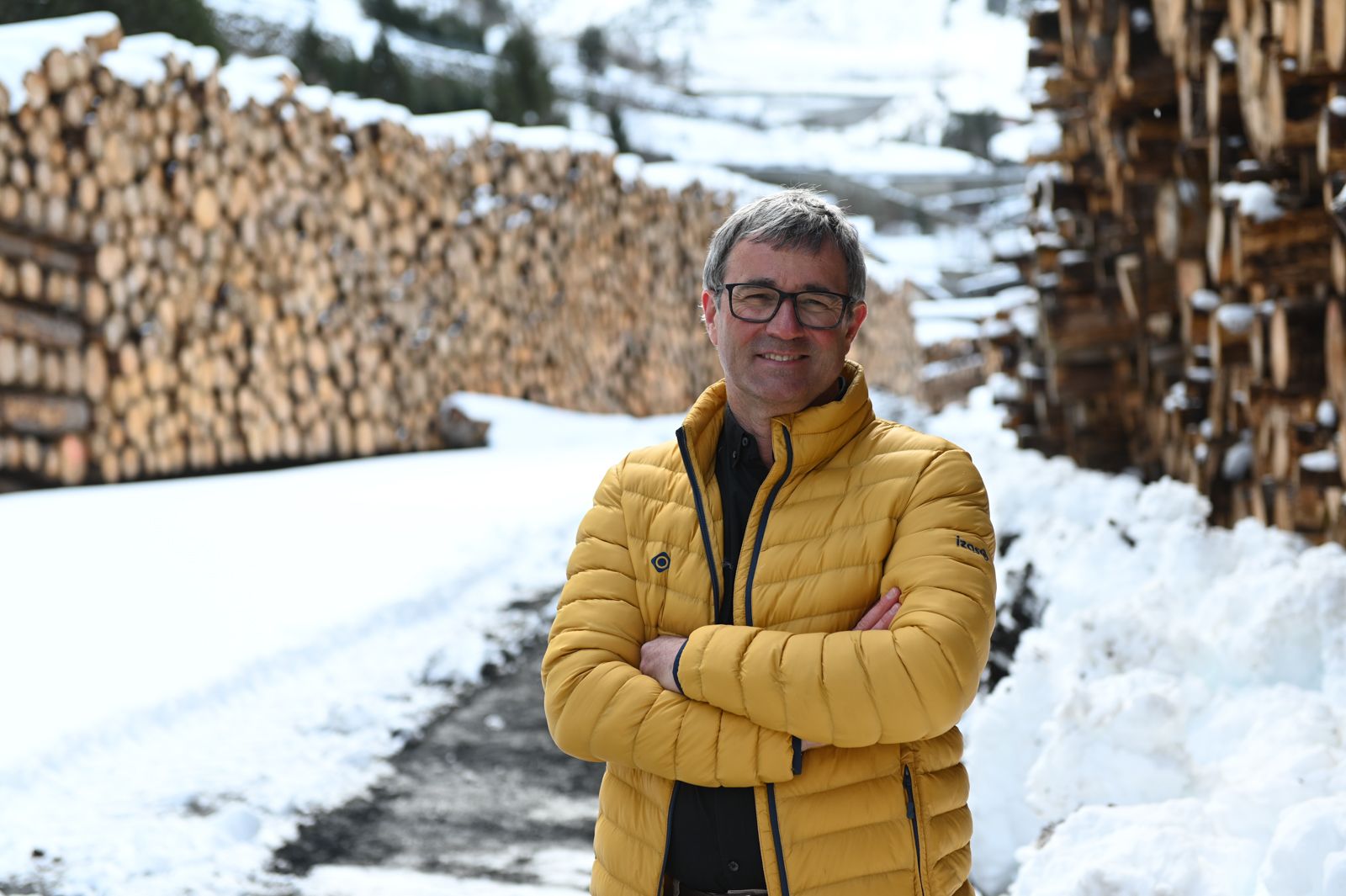 Wood fires are an emotional affair for Markus Dittli. The man from Uri is the head of the wood-chip-fired power plant in Göschenen, which heats all Andermatt Swiss Alps buildings and supplies them with hot water.

Markus Dittli stands in front of the metre-high furnace in the heating plant in Göschenen. Through a glass window in the thick safety door, he can see the flames that burn the wood chips at almost 1,000 degrees Celsius. “Heat is the first thing that comes to mind when I think of a fire,” says Dittli.

Dittli is the technical manager of the Göschenen heating plant, which was built in 2013. With two wood-chip-fired furnaces, it heats around a third of the village of Andermatt as well as all the buildings of Andermatt Swiss Alps and The Chedi Andermatt hotel. 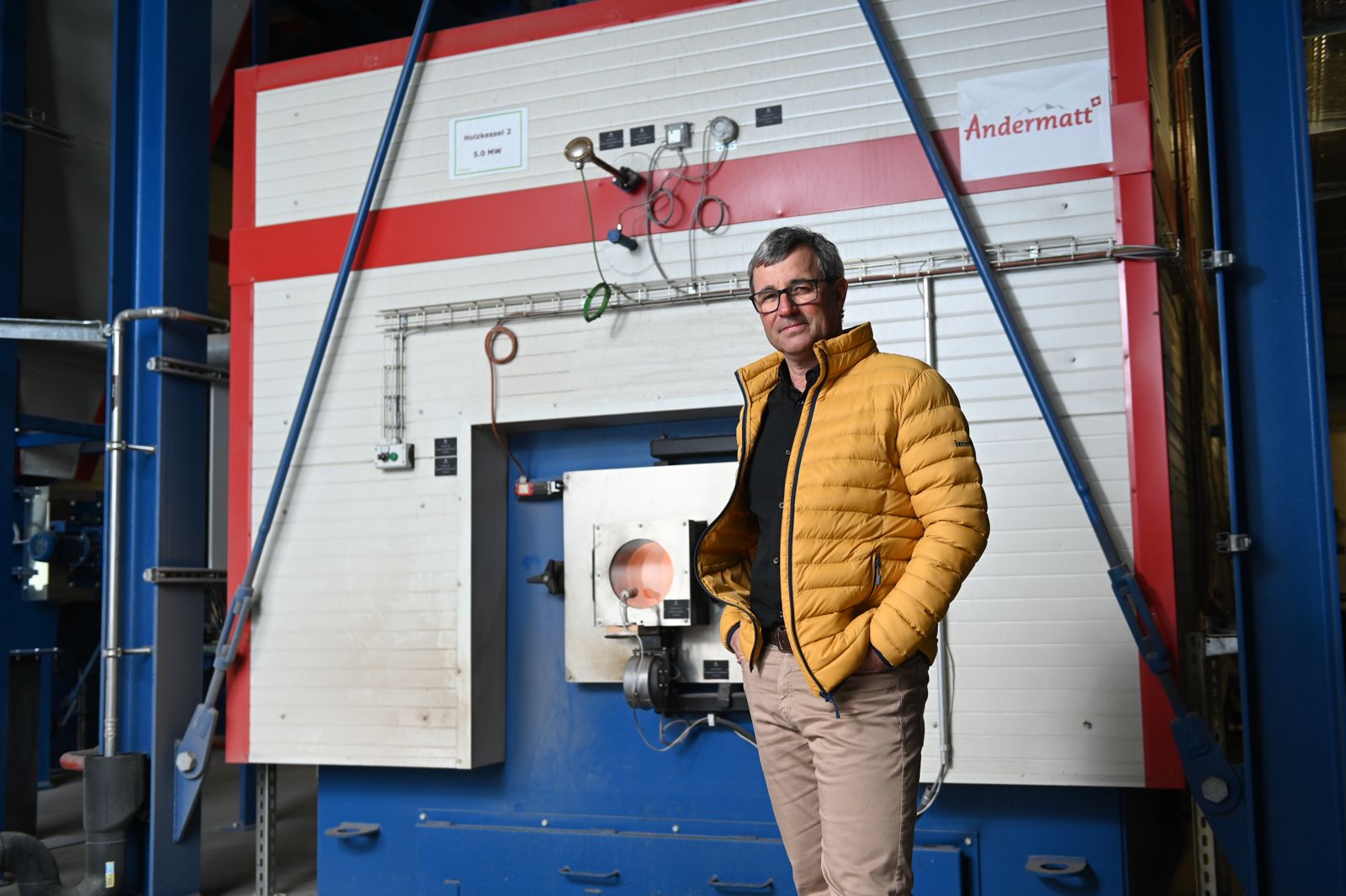 As a boy he liked to sit on the stove bench

Even as a small boy, Dittli liked to sit on the stove bench at his grandparents, together with his siblings and cousins. “We used to watch the adults playing cards and enjoyed the warm stone of the stove,” says Dittli. His wife's parents also heated with wood. “Her father was a postman and had to light the fire with some logs in the morning before setting off on his rounds.”

As children we used to watch the adults playing cards and enjoyed the warm stone of the stove.

It is evident that wood fires are an emotional affair for Markus Dittli. He is clearly proud that the wood heating plant allows him to supply his home region with heat from a sustainable energy source.

But in order to be able to heat large parts of Andermatt, the hot water first has to travel 3.5 kilometres, with a rise in elevation of 350 metres. The engineers used existing tunnel connections to install new district heating pipes, which bring the water heated by the chip-fired furnaces up the mountain to a central station in Andermatt, where the hot water is distributed. 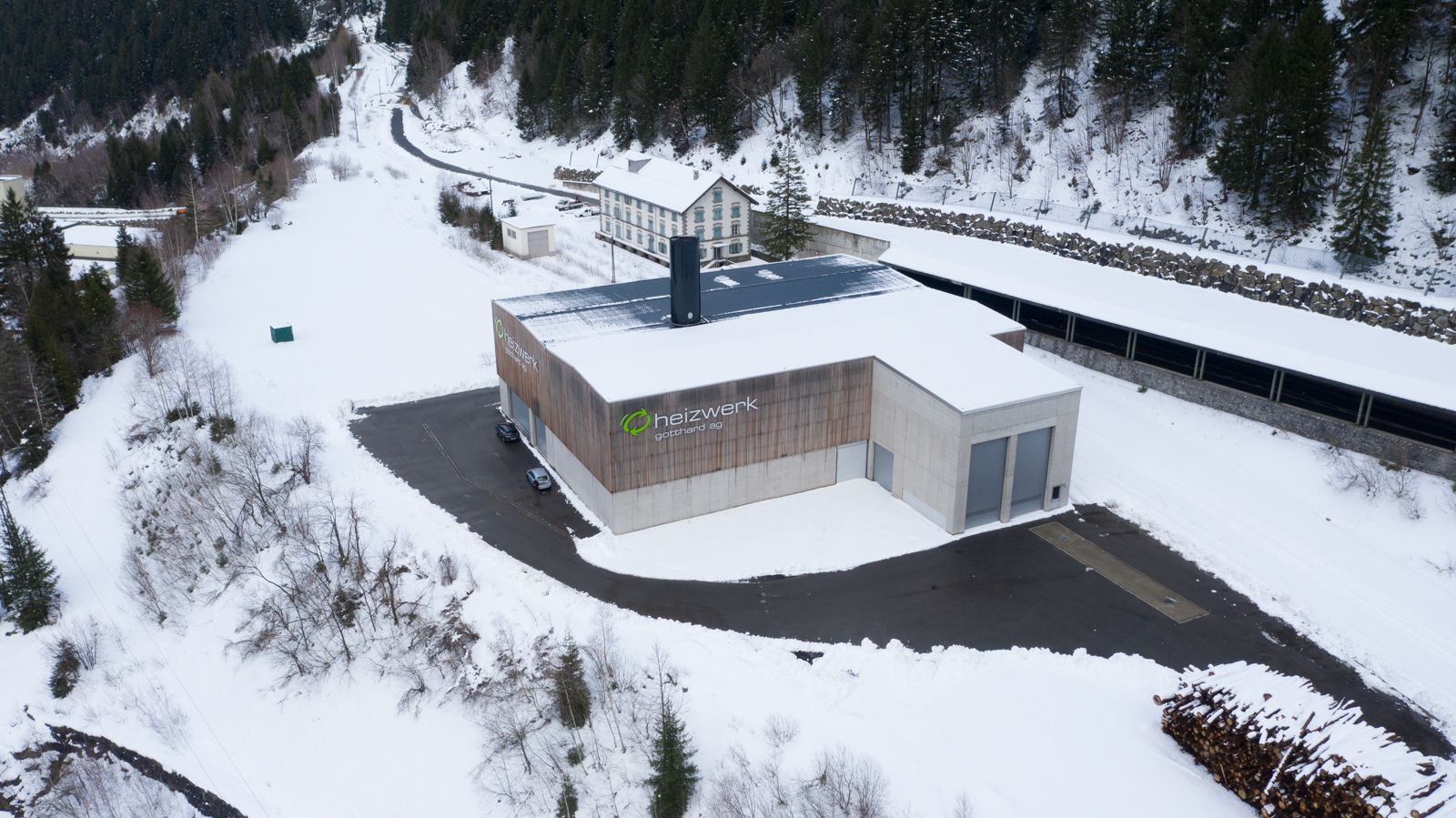 The wood comes from Switzerland

There is no sign of warmth outside the heating plant. The surrounding mountains are covered with snow. Logs are piled up metres high in front of the heating plant. “At full heating load, we burn about 100 cubic metres of wood chips per day,” explains Dittli.

Almost half of the wood is sourced in the canton of Uri. The company gets another 40% from northern Ticino and the rest from Central Switzerland. “That way we use a local resource and secure jobs in the region,” says Dittli, who lives in Altdorf. Heating with wood is also climate neutral. When burned, a tree releases exactly the same amount of carbon dioxide as it absorbed while growing. 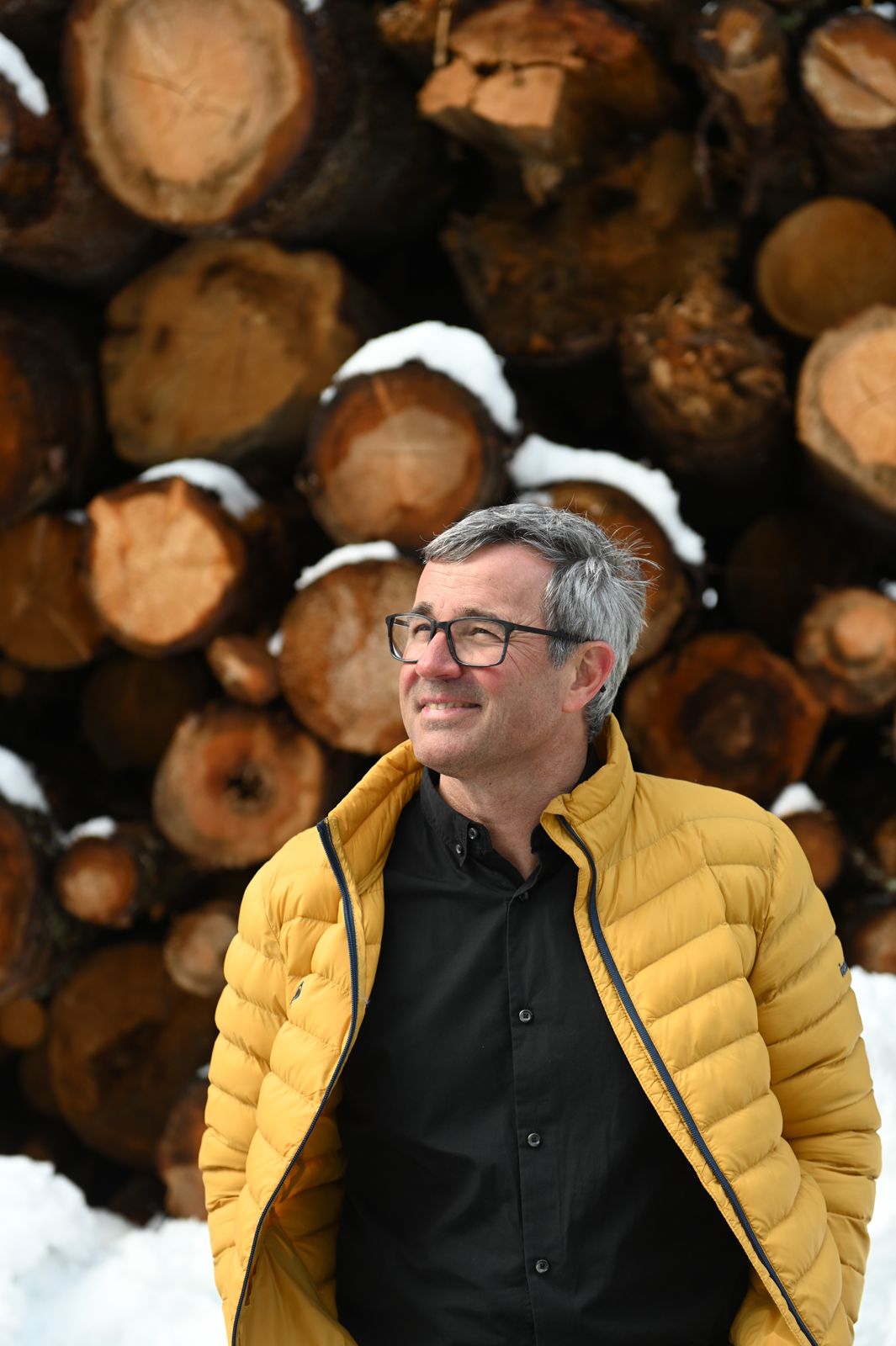 We use a local resource and secure jobs in the region.

For Dittli, this also provides a significant advantage over heating with oil or gas. “Renewable energy sources are extremely important, especially today,” he adds. For the 56-year-old energy engineer, the climate debate has always defined his work. “This was already the case even before Greta Thunberg was born,” says the trained electrical engineer.

He also wants to pass this on to his three grown-up sons. Dittli especially enjoys going skiing with them in Andermatt. “It’s nice to know that the heat for most of the buildings there comes from our heating plant.”