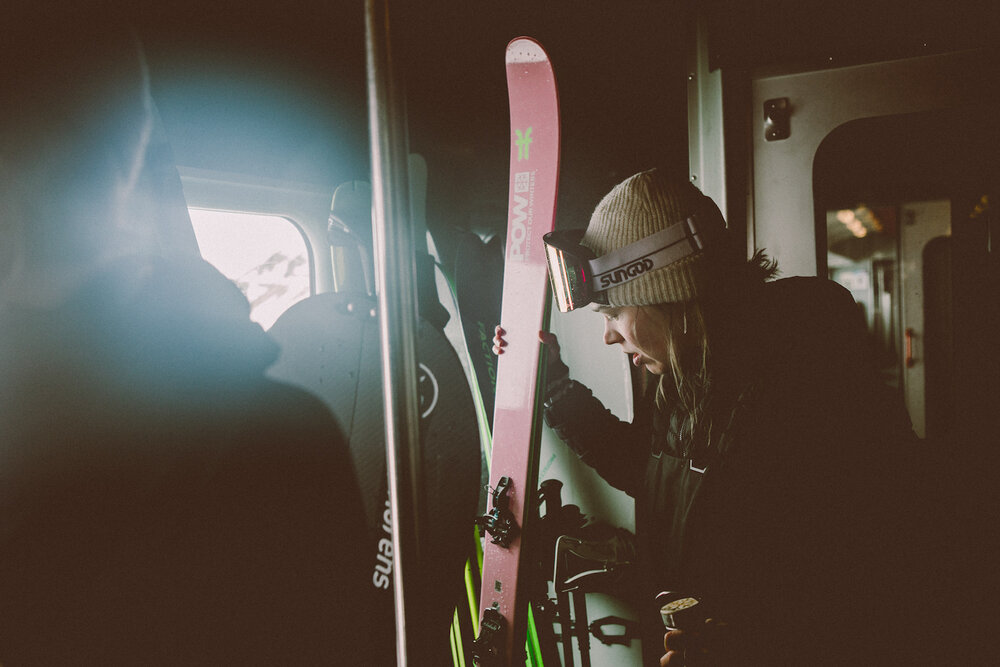 A brief excursion into the world of carbon footprints

The fact is that someone who travels by car to the ski area in Andermatt generates nearly ten times more CO₂ emissions that someone who comes by train. Although travelling by coach is not quite as climate friendly as by train, it still generates only about half as much CO₂ as travel by car.

The calculations are based on the public transportation options that were introduced in Andermatt in the 2018/19 winter season and have been expanded for the 2019/20 winter season, specifically:

Andermatt Ski Express: 220 coach connections to Andermatt from the regions comprising the cities of Aarau, Olten, Lenzburg, Winterthur, Lucerne, and Basel, each with 50 seats per trip.

Andermatt Snow Express: 12 special trains to Andermatt from Zurich, each with 470 seats. The Swiss Federal Railways operates using 90% hydroelectric power, most of which is generated from its own power plants. In other words, the energy it uses is nearly climate-neutral.

In order to make realistic assumptions, bus and train capacities are depicted in scenarios.

The realistic scenario is the “mean” one: In this scenario, we assume that coaches and trains run at 50% capacity. In addition, we assume that about one-half of all people in the coach or on the train are “converters”, meaning people who have consciously switched from travelling with their own car to taking coaches or trains because public transportation is less expensive or more convenient or because they want to help protect the environment. The other half would also have travelled using public or group transportation anyway, but they have not “converted”.

In other words, per-person savings are of course the greatest in the case of train travel, but coaches also compare favourably when measured against car travel. This is shown by the following considerations:

CO₂ savings through the additional public transportation options to Andermatt 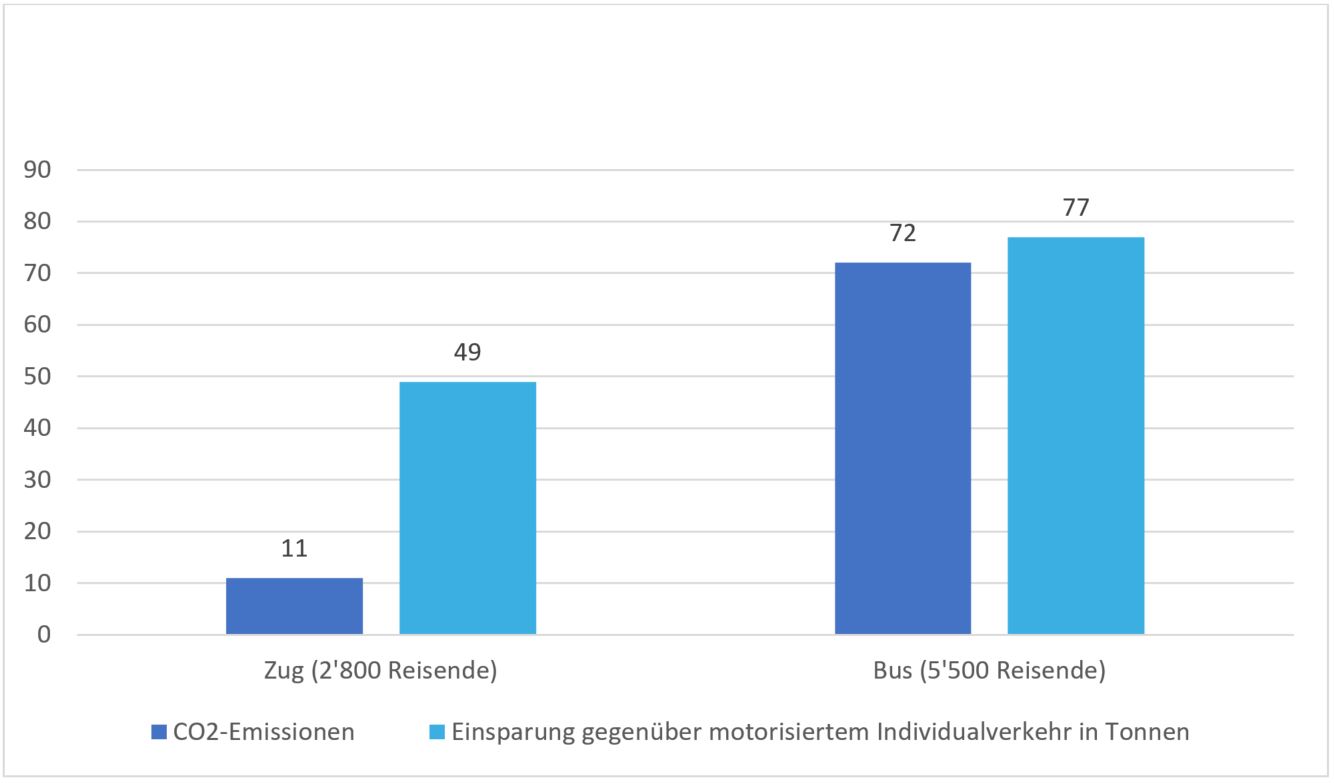 In addition, with regard to the mean scenario for coach travel, we assume 50% capacity and 50% converters. Therefore, we assume that in the 2019/20 winter season, about 5,500 people came to Andermatt by coach. In the optimistic scenario, we assume that coaches and trains ran at 75% capacity (again, with 50% converters). In this case, it is assumed that about 8,360 people came by coach to Andermatt in the 2019/20 winter season.

Thus, savings under the mean scenario amount to about 77 tonnes of CO₂. Under the optimistic scenario for coaches, the savings even reach 152 tonnes of CO₂, because in this case, coach passengers who instead travelled by car would have generated nearly 225 tonnes of CO₂. In other words: the fuller the coach, the better for the climate.

A CO₂ equivalent (CO₂e) is a unit of measure designed to standardise the effect that various greenhouse gases have on the climate. In order to make this effect comparable, experts on the Intergovernmental Panel on Climate Change (IPCC) have defined the “global warming potential” of different greenhouse gases.

This index expresses the warming effect of a specific amount of a greenhouse gas over a fixed period of time (usually 100 years) compared with CO₂. For instance, the effect of methane on the climate is 28 times greater than that of CO₂, but it remains in the atmosphere for a significantly longer period of time. The effect of nitrous oxide on the climate is even more excessive, nearly 300 times that of CO₂. The anthropogenic source of these two greenhouse gases lies in agriculture, through the use of nitrogen fertilisers and the raising of livestock.