If anyone walked along the Gütsch panorama winter hiking trail in January, they could have made an unexpected discovery: Prime Real Estate above Andermatt.

There, in the middle of the wind towers, sheltered from the sun by being on the Northern slope of the dip, stood proudly the most magnificent snow castle. Stretching over 12 meters in length, with a moat and a gate, a bridge as well as towers, walls surrounding and sheltering the interior court. From the outside, it looked like a scene straight out of a Disney fairy tale.

After staring at it in awe for a few minutes, followed a flow of questions. Who built this? How long has it been standing there? We turned to social media to try to answer the question.

And social media delivered! The first part of the mystery was answered, when David, Nico, Jannis, Michael and Elija, all from the Canton of Uri, came forward. On January 2nd, at 6 o’clock in the morning, they hopped on the first train to Andermatt and up to Nätschen. From there, they climbed all the way up to the Gütsch with their made-up sleds, a pair of ski on top of which they attached their equipment. The young men found the perfect spot to start building their campground with enough snow to build a wall, a gate and an igloo, but away from the sun to avoid it from melting. After a busy day of strong efforts, they got to admire a beautiful sunset and gathered everything together before sleeping in their camp for the night. After a good night sleep high up in the mountain, they were heading back down the next day.

Then, more pieces of the mystery came together. A few days later, a group of 10 igloo builders from Germany happened to see the vestige of the local snow builders and carried on the construction. With years of experience in the building of igloos, the crew created the castle in only six days. A bridge led over the moat to reach the main gate of the castle, and an impressive fully equipped and functioning habitat with kitchen, pantry, lounges and sleeping rooms. 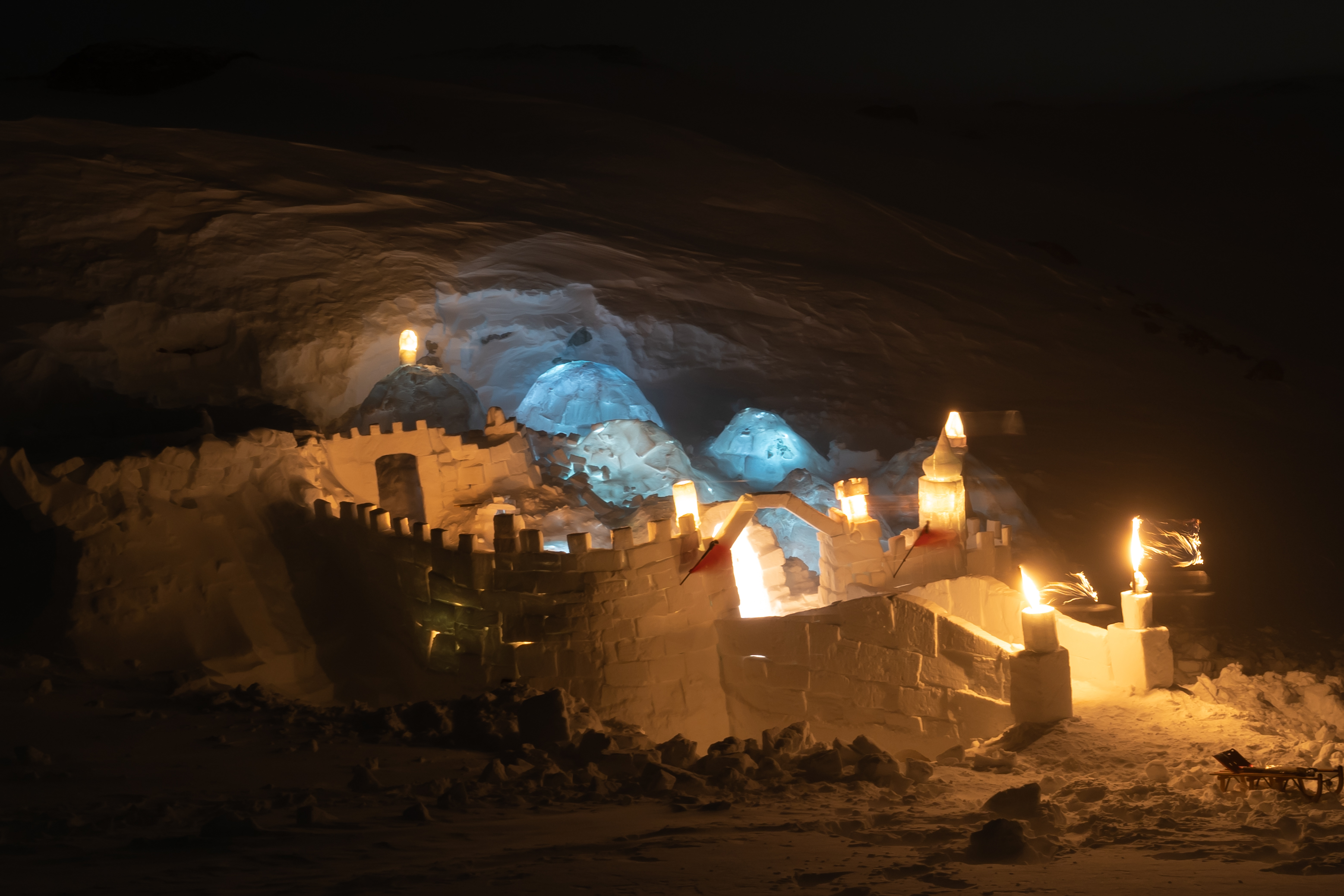 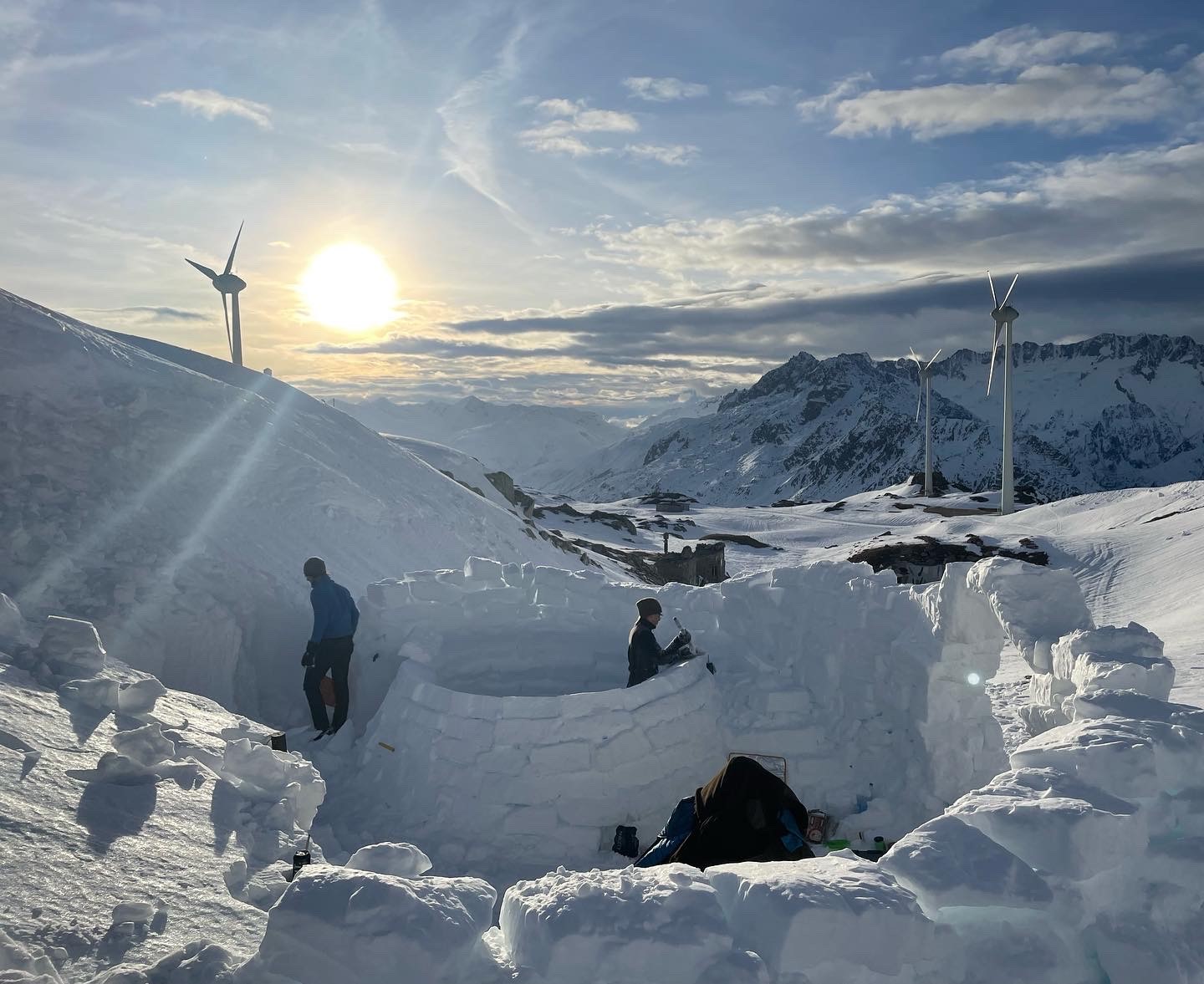