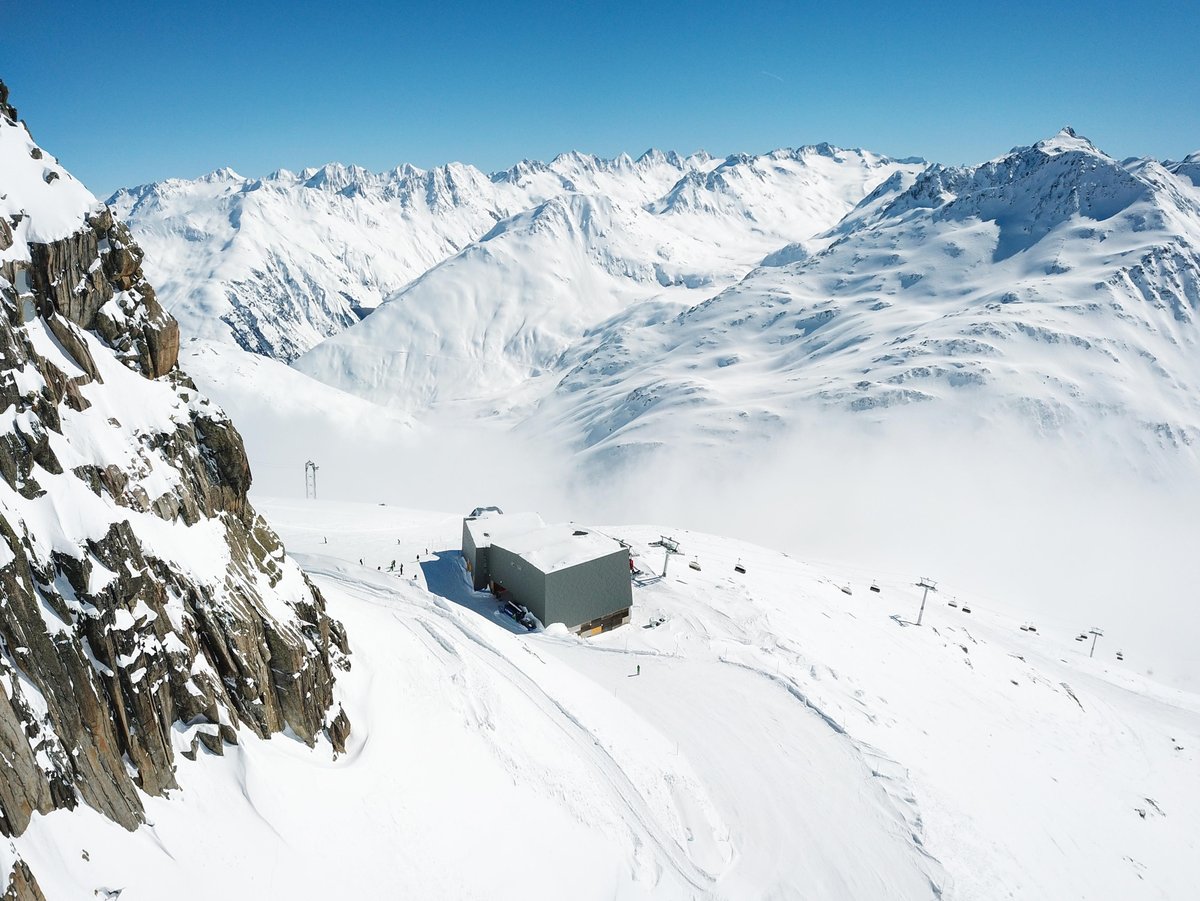 This concludes a major project of the Andermatt Swiss Alps destination – along with the inauguration of the Radisson Blu hotel. The new lift on Oberalppass will be opened to the public on December 22.

Planning lasted from 2009 to 2014 and construction has been going on since 2015. And now it is finished: The SkiArena Andermatt Sedrun is the largest and most modern ski resort in Central Switzerland, linking two cantons and two cultures with over 120 kilometres of pistes and 22 lifts. Three new chairlifts and snowmaking for the valley run on the Gemsstock were put into operation for winter 2016/17. Winter 2017/18 saw the commissioning of the new gondola cableway from Andermatt train station to Gütsch (Gütsch-Express) and the two chairlifts Lutersee-Flyer and Schneehüenerstock-Flyer. After a total of ten years and an investment of CHF 130 million, the project will be finished for winter season 2018/19 with the construction of the last new lift, which will be opened to the public on December 22.

With the official inauguration of the Oberalppass-Schneehüenerstock gondola cableway (Schneehüenerstock-Express), the ski area connection from Andermatt to Sedrun and back has become reality. Samih Sawiris, Chairman of the Board of Andermatt-Sedrun Sport AG, is pleased about this important milestone in making the region more attractive: "With this ski region we now have the type of first-class winter attraction we need for successful international marketing of the destination." The inauguration took place on 14 December 2018, attended by Dr. Heidi Zgraggen, Uri Cantonal Councillor and chairperson of the cantonal advisory board for the Andermatt tourism project, Jon Domenic Parolini, Grisons Cantonal Councillor, representatives of Andermatt-Sedrun Sport AG and other guests.

Schneehüenerstock as central hub and with a lookout restaurant

The actual hub of the connection between Andermatt and Sedrun is on the Schneehüenerstock, where two ski lifts converge. There, at an elevation of 2,500 metres, the accompanying restaurant was also opened on 14 December 2018. With breath-taking views of the Ursern Valley and the Surselva, Schneehüenerstock is the new hotspot in SkiArena Andermatt-Sedrun, which in winter 19/20 will be augmented with a link from Sedrun to the Disentis ski area.

Speaking at the inauguration, project manager Dr. Peter Furger drew a positive summary: “We realised the whole infrastructure on schedule and within budget. Despite having faced a number of challenges, we can now close out the project." He thanked all the decision-makers within and outside the company and all the contractors and suppliers involved, as well as the employees.

The project for the Andermatt-Sedrun ski area merger, which started in 2015, cost roughly CHF 130 million. CHF 82 million was covered by the SkiArena itself; the canton of Uri provided CHF 5 million and Grisons CHF 3 million as à fonds perdu grants. An additional CHF 40 million was provided in the form of low-interest repayable NRP federal loans.

Planning for the overall project took six years (2009-2014). The individual construction projects were reviewed and approved by the Swiss Federal Office of Transport (FOT) in a rolling process. Following a legal objection period, each project could commence. This was the first time this two-stage, complex and time-consuming overall approval process was used in Switzerland. Andermatt-Sedrun Sport AG was supported in this by an advisory board in which environmental organisations, federal and cantonal authorities and the Korporation Ursern were represented. This new, integrated process ensures planning reliability for the realisation of the overall concept and enables coordinated action by federal, cantonal and municipal authorities.

With over 120 km of pistes and 22 ski lifts, SkiArena Andermatt-Sedrun is the largest ski area in Central Switzerland. It extends to the nearly 3,000-metre-high Gemsstock and the Schneehüenerstock (2,600 metres a.s.l.) and over the Oberalppass to Sedrun and Disentis, in the canton of Grisons.