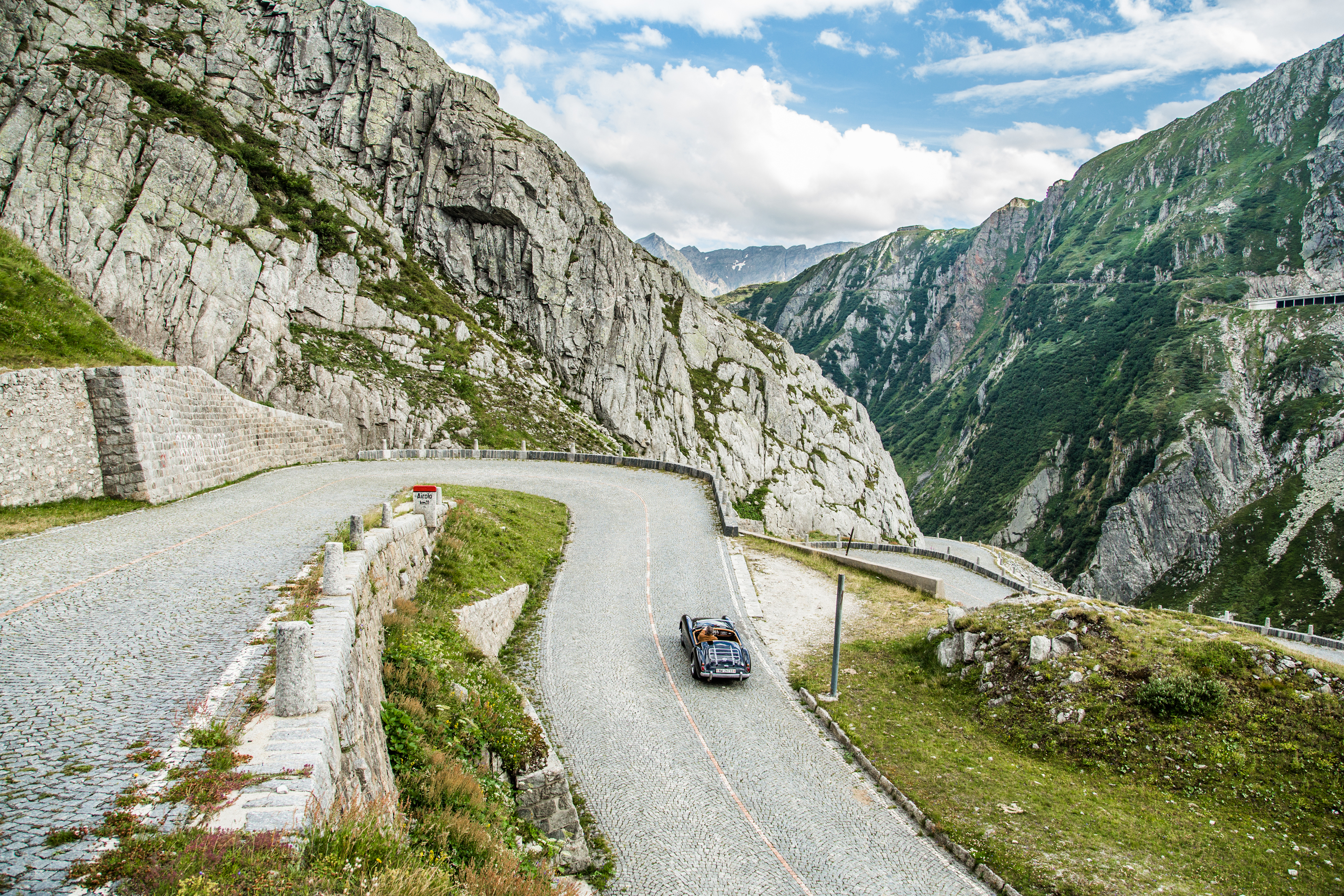 Alpine passes have a certain mystery. They often offer access to a strange world, which is actually just a few kilometres away as the crow flies, but is also the other side of the mountain. In the Andermatt region there are three pass crossings to traverse

Where in the past people used to undertake long, arduous journeys on mule tracks, now there are enjoyable opportunities to travel from one valley to another.

The top of the Oberalp Pass can be seen from afar, because a foreign body draws every eye up there. There’s a red and white lighthouse here that marks out the source of the Rhine. The plans for the lighthouse come from Rotterdam. Its original stands in the Maritime Museum and used to light the way for ships into the mouth of the Rhine off the Hook of Holland. The cantons of Graubünden and Uri meet on the Oberalp Pass, which is the starting point for numerous mountain and hiking tours. You can reach the top of the pass all year round by train. In summer the pass is open to private vehicles. 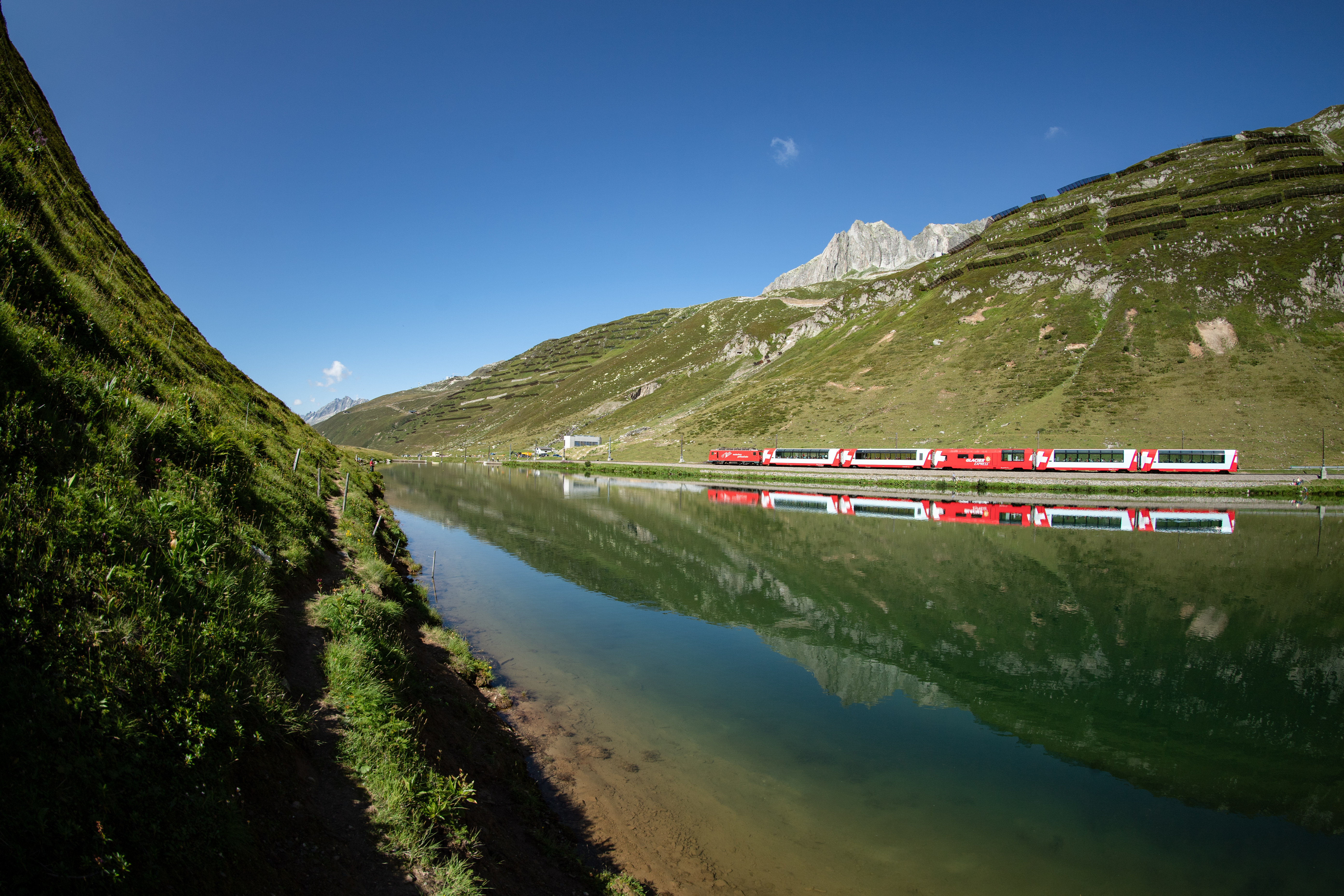 The legendary Gotthard Pass has always had its charm. It is the most important link between the north and the south, and is the gateway to Ticino and Italy. In summer, the old pass road, the Tremola, attracts drivers of all kinds of vehicles. To really enjoy the route, cross the pass by bicycle. If you hire an electric bike in Airolo you can coast down from the top of the pass to Göschenen. Traversing the pass with the Gotthard Post is a unique experience. This is old-style travel, crossing the Tremola in a carriage drawn by a team of five horses.

A special experience awaits you at the crossing point into the Rhone Valley. The historic trains of the Furka Mountain Steam Railway traverse the Furka Pass daily throughout the summer. It’s well worth making a day-trip of it and stopping off in Gletsch, with its beautifully preserved centre. Until the Furka Base Tunnel was opened in 1982, the Furka Pass was only navigable for about five months in every year, due to the danger of avalanches. You can also travel in comfort by car from Valais to the Ursern Valley all year round, thanks to the car transport train. If you prefer to walk, you can enjoy the views across the Ursern Valley and the Goms area from the Furka Höhenweg hiking route. The two-day hike goes from Andermatt to Oberwald. 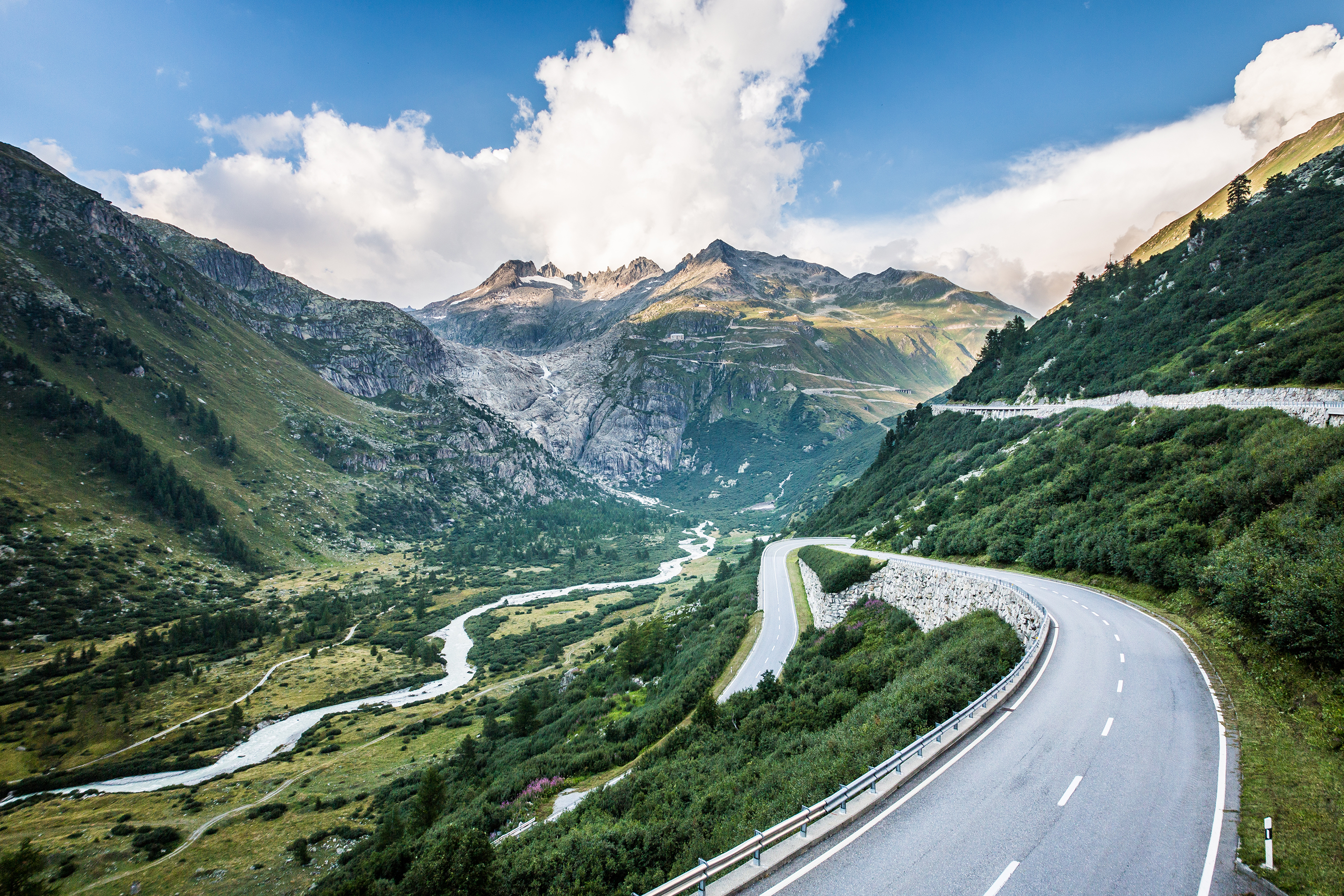