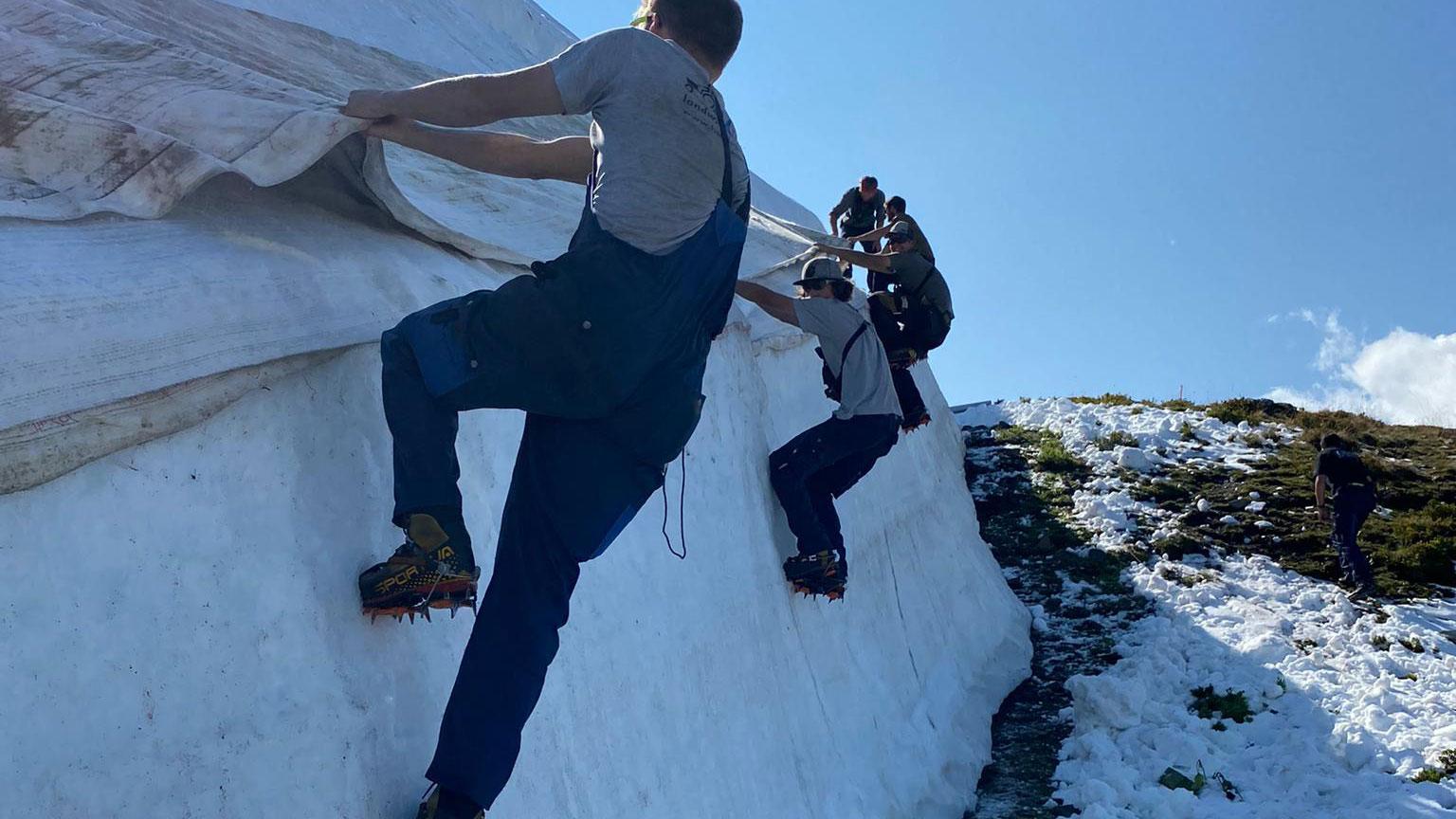 As soon as snow was forecast, the work on the Gurschen glacier started

Eight people removed the fleece covering from the glacier and the snow deposits to ensure the mountain is ready for the season. This is because on 31 October, the weekend operations will kick off on the Gemsstock.

Removing the covering from a glacier is hard work. The partly snow-covered fleece tracks located on the glacier and deposits weigh up to 800 kg. In recent weeks, eight people removed the fleece, for the most part manually. Helicopters transported the heavy fleece rolls to the valley. The Gemsstock terrain is now ready for the first heavy snowfall.

About a hectare of the Gurschen glacier was covered with fleece during the summer to prevent melting. The glacier above Andermatt has been protected with fleece in spring for 16 years. This involves rolling out tracks of the material, sewed together by large industrial sewing machines and weighed down on the sides by sandbags and full water hoses of the snow-making systems. 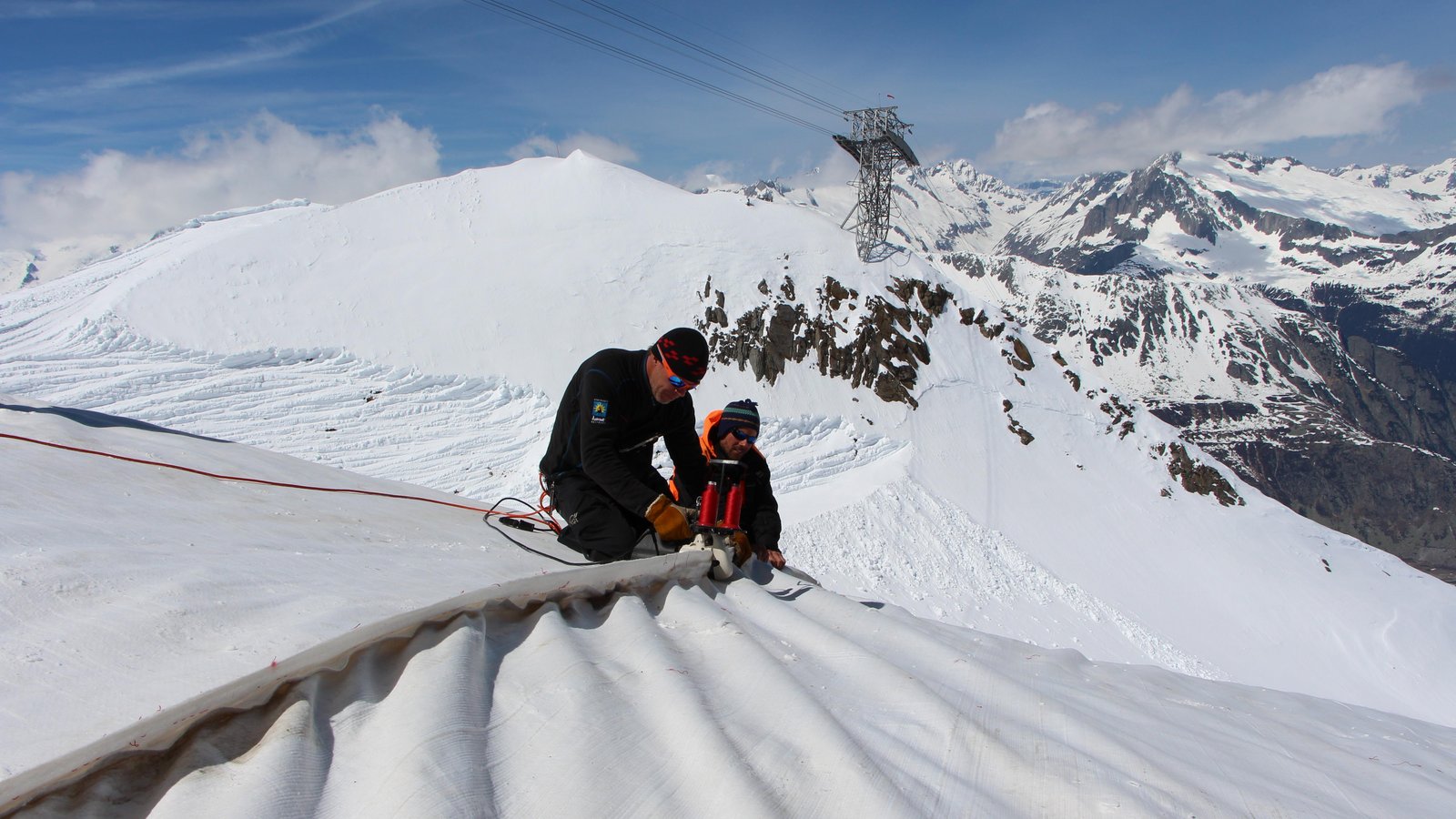 Because ski operations had to end earlier than planned in spring 2020, large amounts of technically produced snow were left behind. A large portion of this snow could be conserved for the winter season using a technique known as "snow-farming". The snow was pushed together and covered with fleece. A total of ten such deposits were created between Gurschenalp and Gemsstock. Thanks to this, there is now a good basis for this year's slopes.