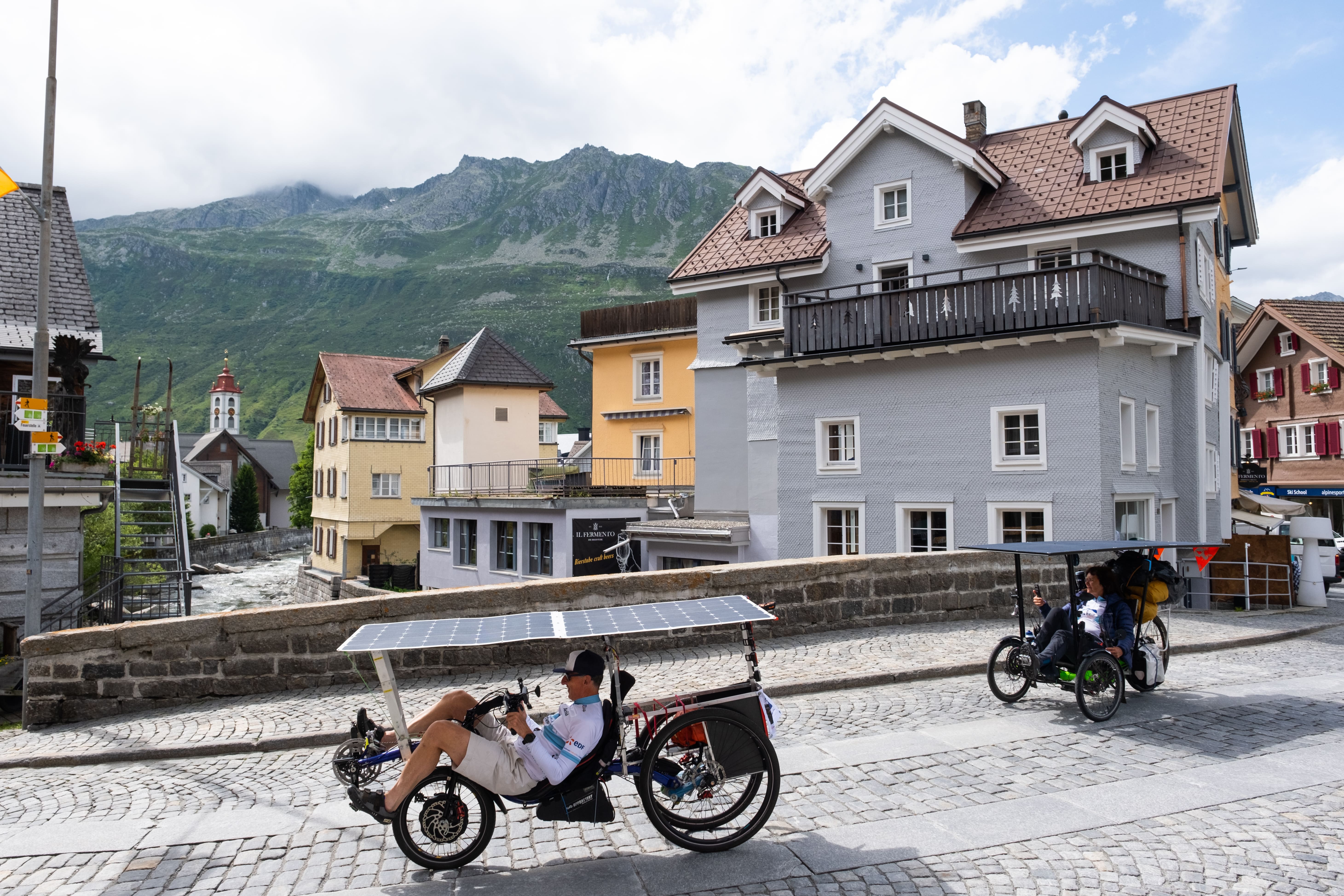 The Sun Trip has to do with more than just speed. Participants need not only a lot of sunshine in order to recharge the solar-powered bicycles but also technical skill and a spirit of adventure. Because storms had been forecast, most of the nearly 40 participants extended their stay in Andermatt. Once the bright sunshine returned, they set off for Disentis. While en route, the riders with their mostly self-built solar-powered bicycles encountered many an astonished look.

The Sun Trip Alps lasts about 20 days. During that time, the riders travel about 2,500 kilometres. One can’t be sure exactly how far, because the participants determine their own routes. The only thing that's set is the common stop for each stage. In Switzerland, that was Andermatt. Bonus points are awarded for crossing passes and going by certain lakes, and the participant with the most points wins. You can follow the riders on this map and see who chose which route and how many points someone has collected. The stage winner wears the maillot jaune, just like on the Tour de France. 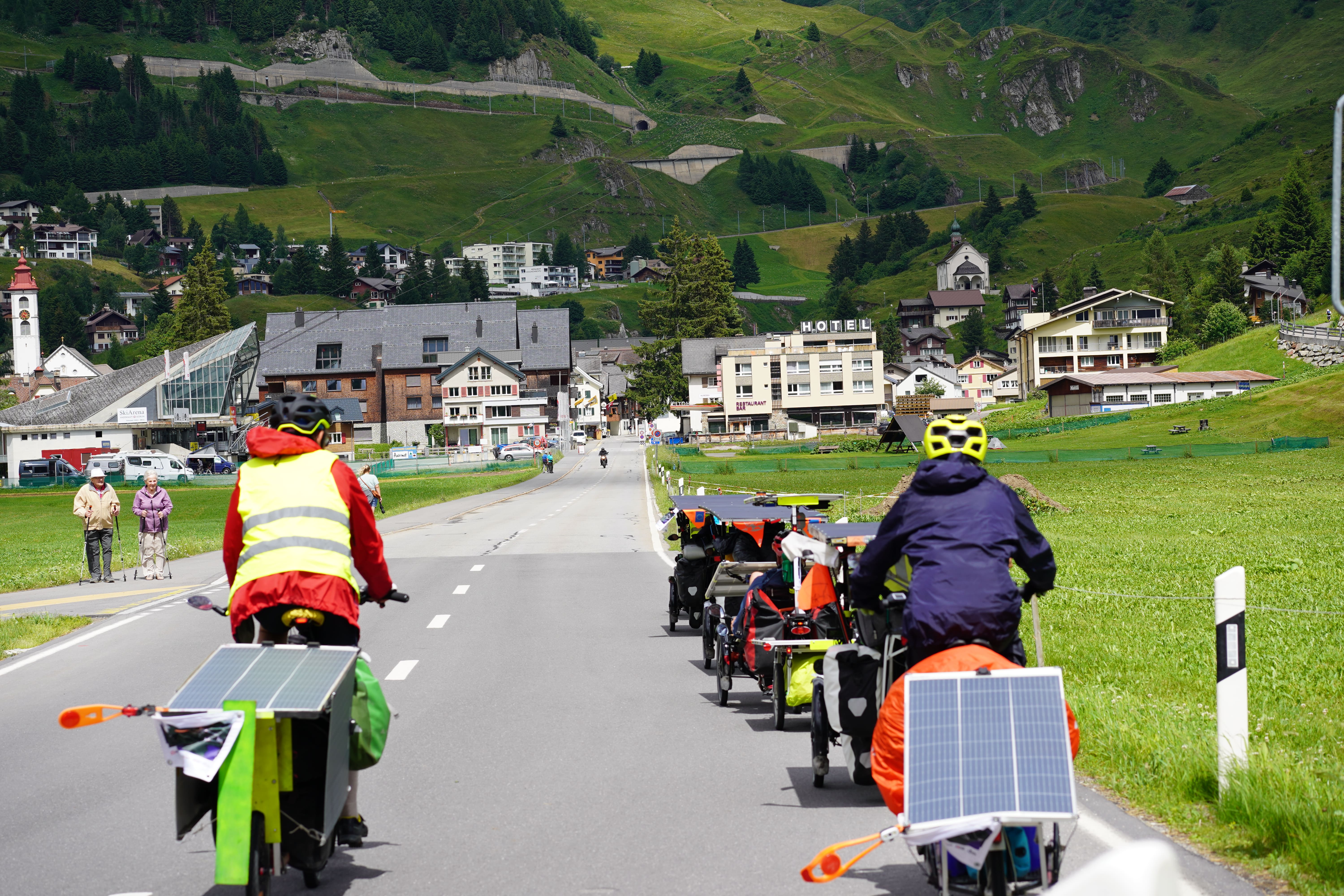 Three participants were so fast that they reached Andermatt two days before the scheduled arrival. Most of the others arrived one day early due to the announced storms. That meant they had time to discover Andermatt, give their bikes some TLC and kick back and relax. The Sun Trip Alps was hosted in Andermatt as part of Andermatt Responsible, the sustainability programme of the Andermatt Swiss Alps Group. As an energy city, Andermatt was predestined to be a stage destination for this innovative race. The innovative bicycles show impressively how it's possible to travel fully self-sufficiently with solar and muscle power and go nearly as fast as by car. The riders were officially welcomed in Piazza Gottardo in Andermatt Reuss. 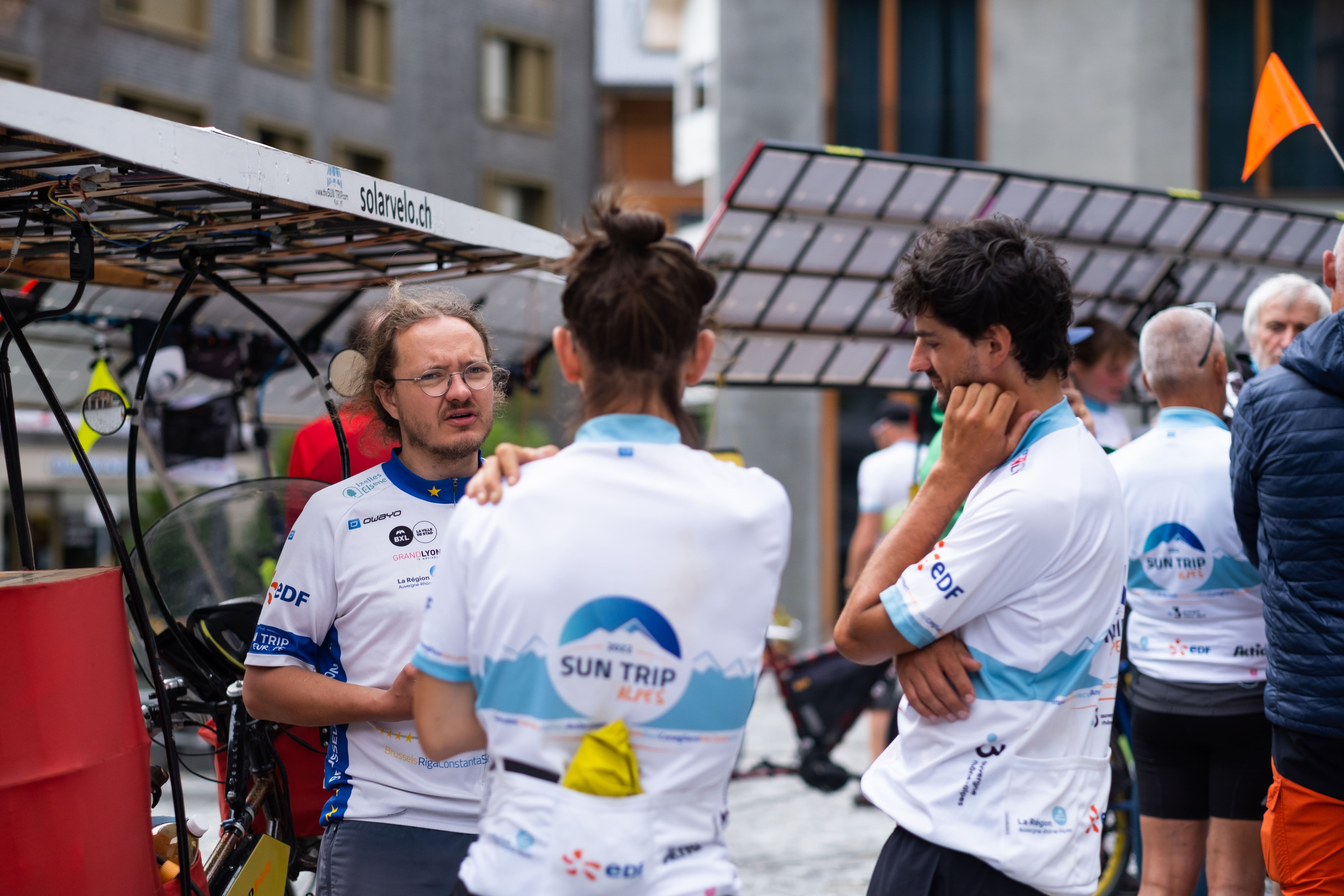 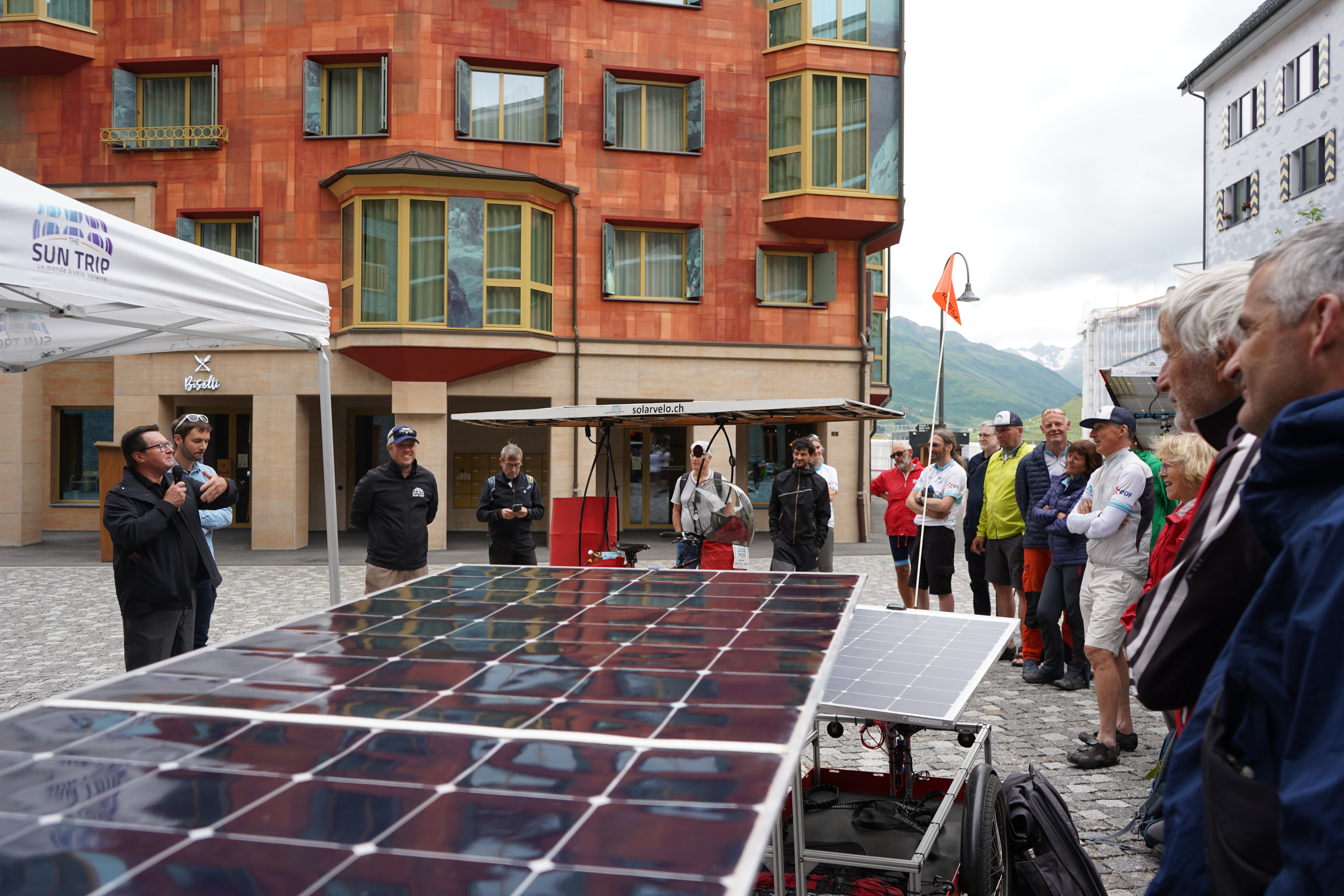 The following morning, the solar-powered bicycles crossed over the Oberalp Pass. The riders had to carefully ration their power. Because bad weather was in the forecast, the batteries had to be recharged by the evening. Otherwise, the riders couldn't continue on. That's why they enjoyed the pizza stop in the sunny Piazza Catrina in Disentis all the more. After fortifying themselves, off they went toward Innsbruck. The colourful circles on the map zigzagged onward toward Chur and Thusis. 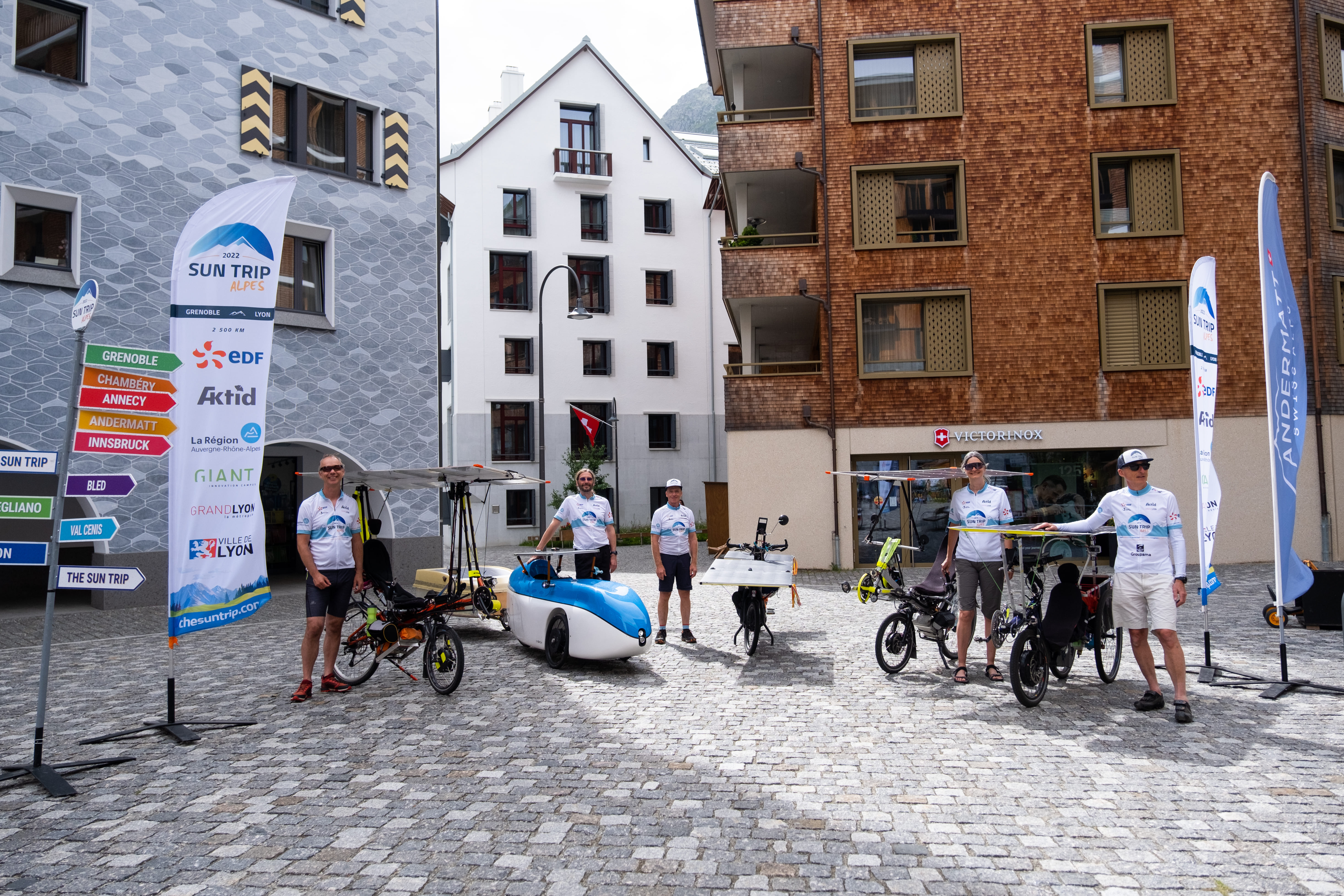 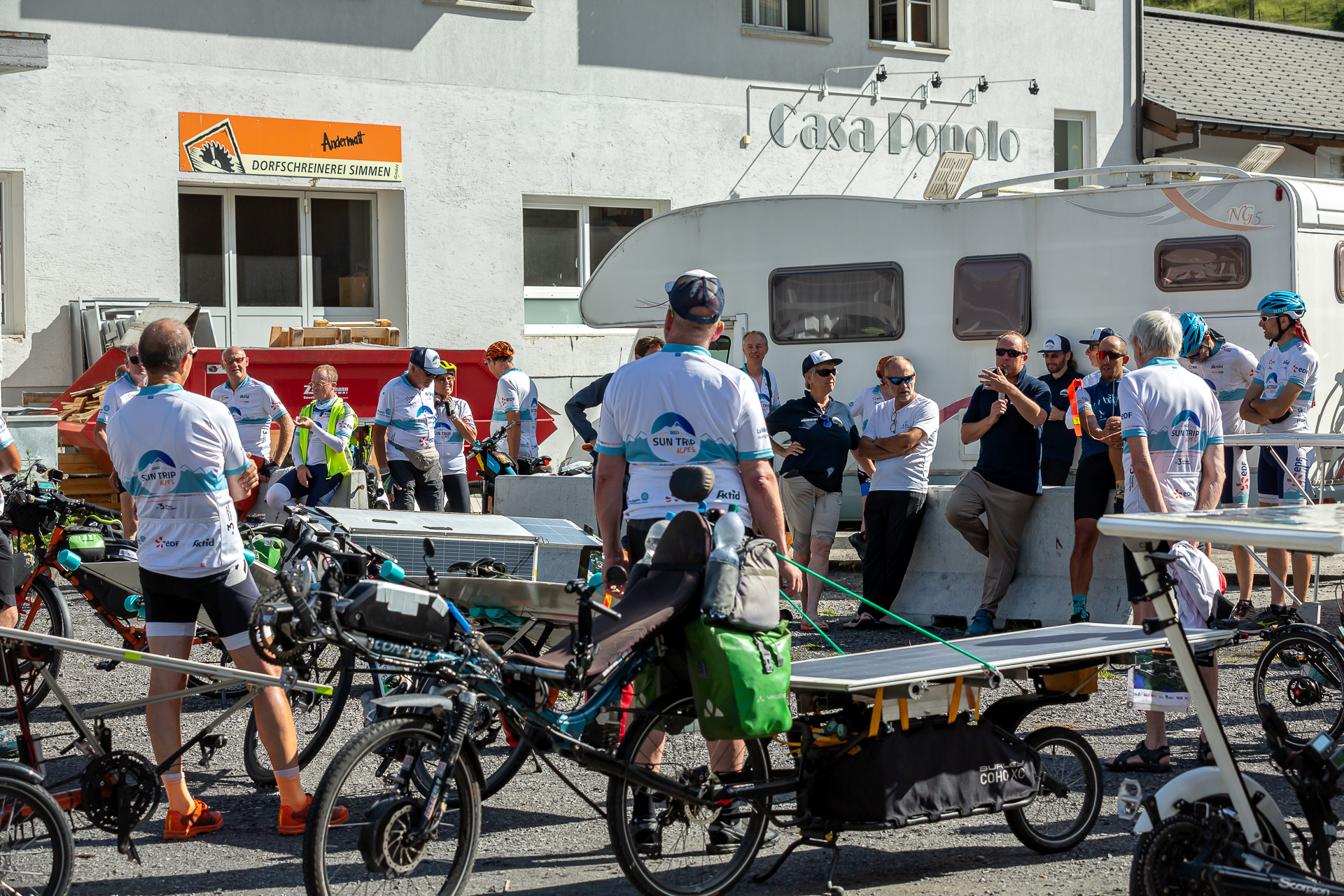