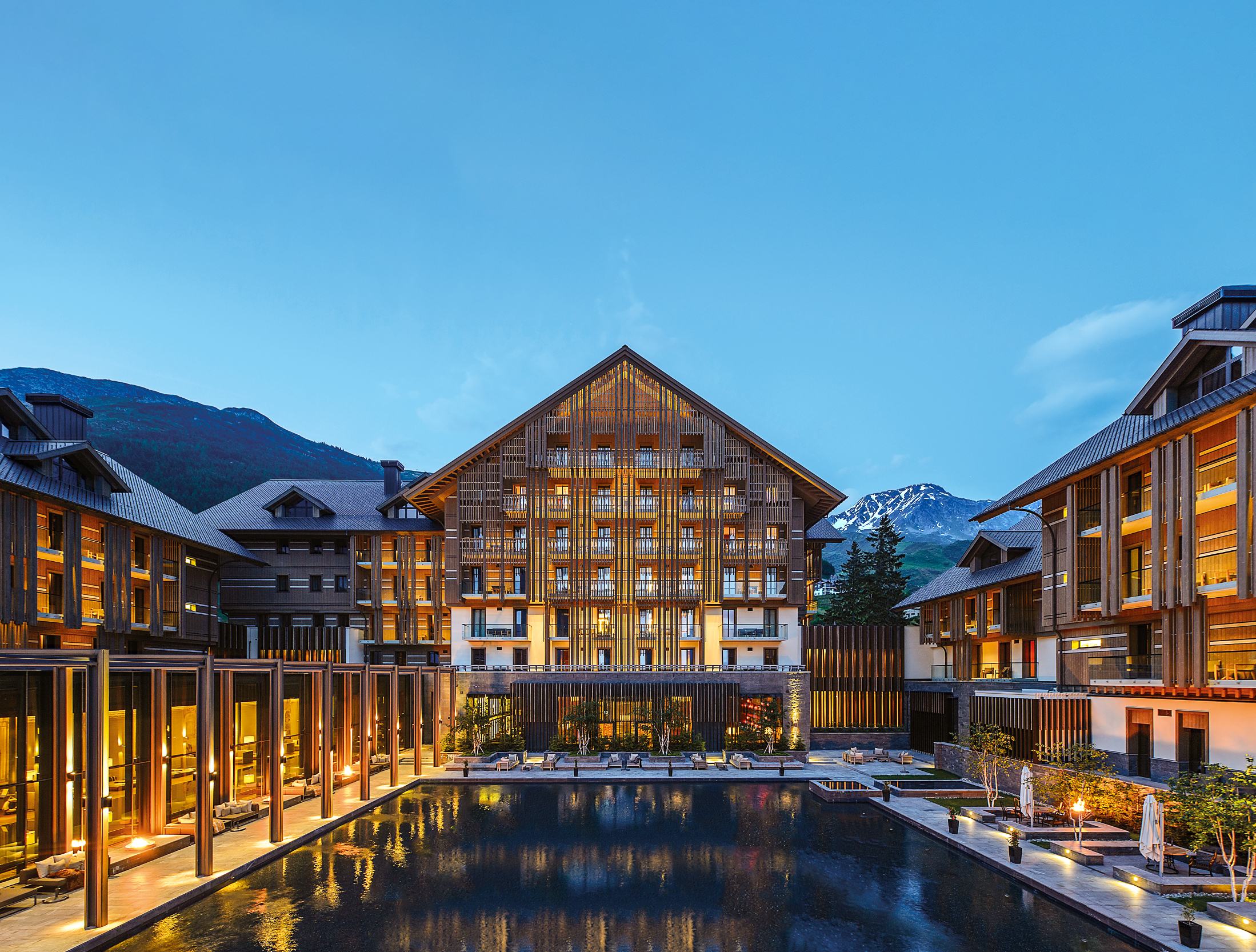 Following closure in mid-March due to the coronavirus pandemic, the two hotels belonging to the Andermatt Swiss Alps Group, The Chedi Andermatt and Radisson Blu Reussen in Andermatt, will reopen for guests on Friday, May 8. Guests at both hotels will have access to the entire infrastructure including fitness, wellness and spa. The restaurants will also be open to guests. Furthermore, the holiday apartments can be booked again with immediate effect. The Golf Course will start as soon as the government will give green light. The Andermatt Swiss Alps Group can look back on a successful 2019 with sales growth in all areas. Real estate sales increased slightly to CHF 61.6 million. On 1 May 2020 the Group will adopt a new structure to promote the further development of the destination under the motto "We build communities."

As per 8 May 2020, the two hotels The Chedi Andermatt and Radisson Blu Reussen will be reopened for guests and available for booking. Guests at both hotels will have access to the entire infrastructure including fitness, wellness and spa. The restaurants will also be open to guests. Furthermore, the holiday apartments can be booked again with immediate effect.

Subject to the decisions of the Swiss Federal Council, the 18-hole Andermatt Swiss Alps Golf Course will also open on the weekend of 9/10 May 2020. At that time, use of the course will be reserved exclusively for guests of the two hotels and the holiday apartments as well as holders of playing rights. Full public opening is planned for may 15th. For guests of the hotels The Chedi Andermatt and Radisson Blu, use of the golf course is included in the hotel price until end of may.

Real estate sales in 2019 stable at a high level

Financial year 2019 of the Andermatt Swiss Alps Group was marked by the transformation into a destination developer and operator. Real estate sales in 2019 amounted to CHF 61.6 million. Adjusted for an extraordinary sale in the previous year worth CHF 50 million, this represents a slight increase of 2.3 percent in the real estate business. Demand thus remained stable at a high level, which proves the attractiveness of the destination with the completion of the Andermatt+Sedrun+Disentis ski region link, the modern hotels and holiday apartments and the highquality offerings such as golf, wellness or shopping.

As per the end of financial year 2019, approximately 95 percent of all apartments in the completed and occupied apartment buildings had been sold. The average square metre price of the apartments sold in 2019 was CHF 14,207 (compared with CHF 12,026 in the previous year).

Andermatt Concert Hall and gourmet on the Gütsch

The Andermatt Swiss Alps Group achieved sales of CHF 167.3 million in financial year 2019 (previous year CHF 135.7 million). The financial year closed with a negative overall result of CHF 33.0 million (previous year CHF 42.7 million), which is due in particular to the continuing high construction costs and depreciation (hotel construction, expansion of the SkiArena, completion of the concert hall). A total of CHF 1.13 billion was invested from the start of the project to the end of 2019, CHF 79 million in 2019.

In 2019 two further highlights were opened in Andermatt. The new Andermatt Concert Hall with up to 650 seats was inaugurated in mid-June with a concert by the Berlin Philharmonic. Andermatt has thus been given a unique platform for concerts and conferences at the highest level.

On the Gütsch, a new restaurant of the same name was opened at the start of the winter season. It includes the gourmet restaurant Gütsch by Markus Neff and a branch restaurant of The Japanese at The Chedi Andermatt, which has been awarded a Michelin star. The concert hall as well as the restaurant building were designed by the London architect Christina Seilern.

The Andermatt Swiss Alps Group, including the companies The Chedi Andermatt, Radisson Blu Reussen and Andermatt-Sedrun Sport AG, employed close to 900 people at the end of 2019, mainly in the cantons of Uri (Andermatt and Altdorf) and Grisons (Sedrun). They held 775 full-time positions.

The five-star deluxe hotel The Chedi Andermatt was open for eleven months in 2019, including during the low-frequency off-season. It achieved a full-year occupancy rate of 54 percent in 2019 (previous year 53 percent). Sales rose by 11 percent year-on-year to CHF 29.4 million (previous year CHF 26.6 million). The number of guests rose by 10 percent to 47,029.

A number of accolades, such as the highest rating from Forbes Travel Guide, the Sommeliers Best Award and first place for the best wine list in Switzerland from Vinum, the World Luxury Hotel Award or selection as Best Luxury Mountain Hotel in Switzerland, attest to the unique positioning.

Increased bed capacity due to the Radisson Blu Hotel

With the Radisson Blu Hotel, Andermatt has received urgently needed additional bed capacity in the 4-star category as well as a convention infrastructure. The hotel has 179 rooms as well as 110 suites and apartments in the Gotthard Residences with one, two or three bedrooms. In its first full year of operation, the hotel generated sales of CHF 9.5 million. With close to 49,000 guests, the Radisson achieved an occupancy rate of around 36 percent.

SkiArena Andermatt-Sedrun recorded a positive winter season 2019/20 until 13 March 2020, with total sales of SkiArena Andermatt-Sedrun increasing by 6% between 1 October 2019 and 13 March 2020 (coronavirus-related suspension of the ski season). During the same period, the number of skier days (first-time admissions) increased by 5 percent to 411,000.

With the half-price subscription for the Andermatt+Sedrun+Disentis ski region, a new offer for day guests was launched starting with the 2019/20 season. With over 25,000 cards sold, expectations were exceeded by far. The number of annual subscriptions sold increased by 8 percent. The expansion of the Andermatt-Sedrun ski area towards Disentis contributed to the additional increase in attractiveness.

2020 is the year of Andermatt Swiss Alps to further expand its vision as "The Prime Alpine Destination". To this end, on 1 May 2020 the Group's activities will be structured into the four business areas Hotels, Mountain and Sports, Town, and Real Estate. Raphael Krucker, CEO of Andermatt Swiss Alps AG since 1 January 2020, says: "Under the motto 'We build communities', we will focus on the development of first-class experiences, quality, global customer loyalty, sustainability and hospitality." Thanks to a robust business model with an integrated value-creation chain and several strong pillars, the Andermatt Swiss Alps Group looks forward to a positive future.