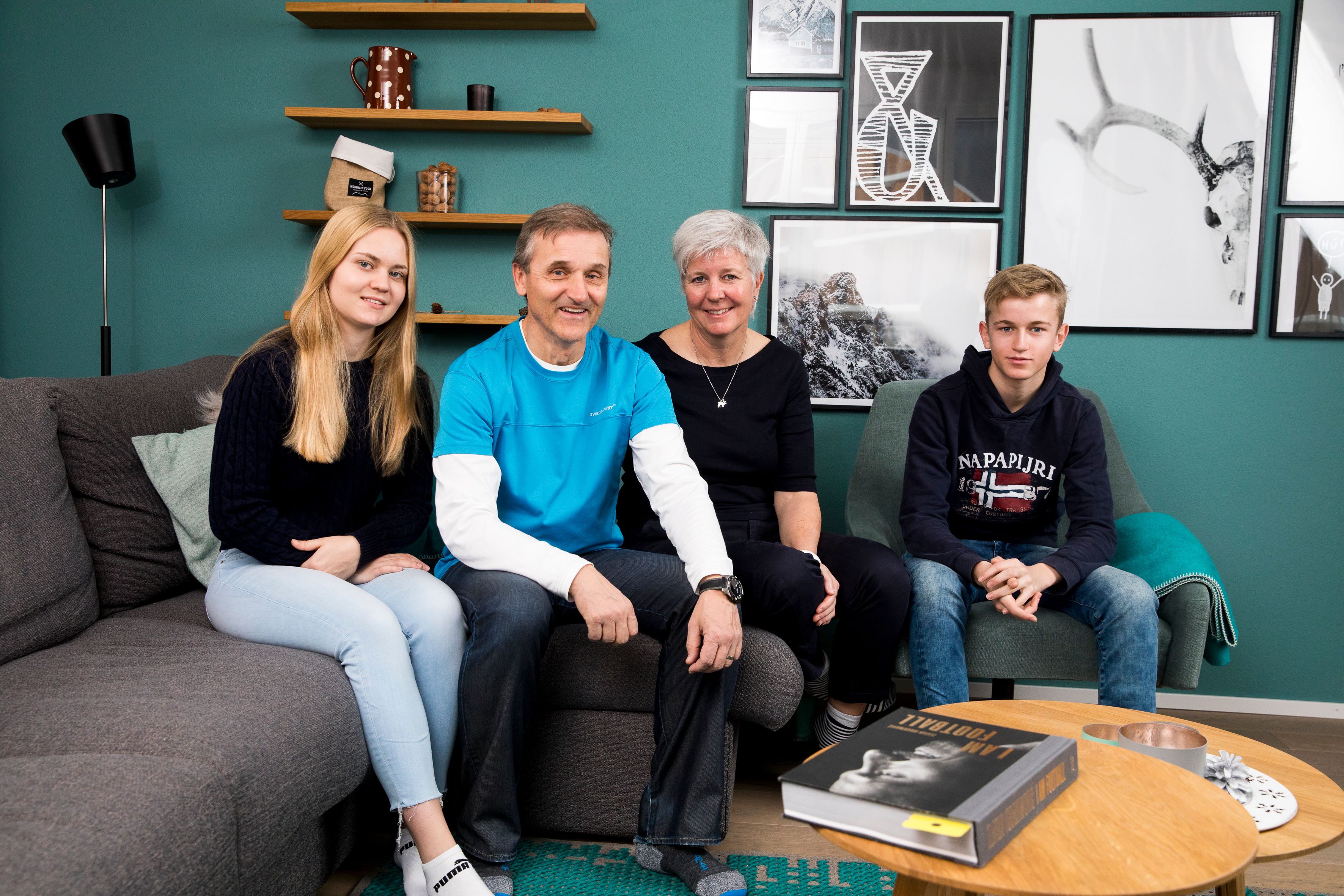 “We’re a pub­lic trans­porta­tion fam­i­ly”: The Stadlers and their love of An­der­matt

Efficient, powerful – and a piece of home: that's what Andermatt means to the Stadler family. The family of four from Hergiswil in the canton of Nidwalden regularly spend their free time in Andermatt. Their 2-bedroom apartment in the village quarter of Reuss serves as their hub.

The Stadlers are still in jeans and T-shirts when they open the door of their apartment on a Wednesday morning. In snow-covered Piazza Gottardo, the day is just beginning: tourists in ski boots and helmets are streaming out of the Radisson Blu Hotel to the bus stop.

A mighty orange snow thrower spews snow from one spot to another in a high arc – as though aiming to get rid of the white splendour before the next load arrives. With the first flakes already starting to fall from the sky, the gondolas of the Gütsch Express are becoming increasingly difficult to see through the snow.

Jari (15) and Suvi (18) Stadler are on their pre-Lenten school holidays and can therefore take it easy. They lounge around on the sofa with their smartphones and talk about the upcoming Champions League match. A picture book about football star Zlatan Ibrahimovic sits on the coffee table. The Stadlers are a family of football enthusiasts. “But we also like to watch an occasional ice hockey match in nearby Ambrì-Piotta every now and then,” says Daniel (59).

But that’s not all: “We’re Scandinavia fans,” says mother Ruth (51), pointing to a few black-and-white photographs on the wall. “Those are photos that I took of the Lofoten Islands and Iceland,” she explains. 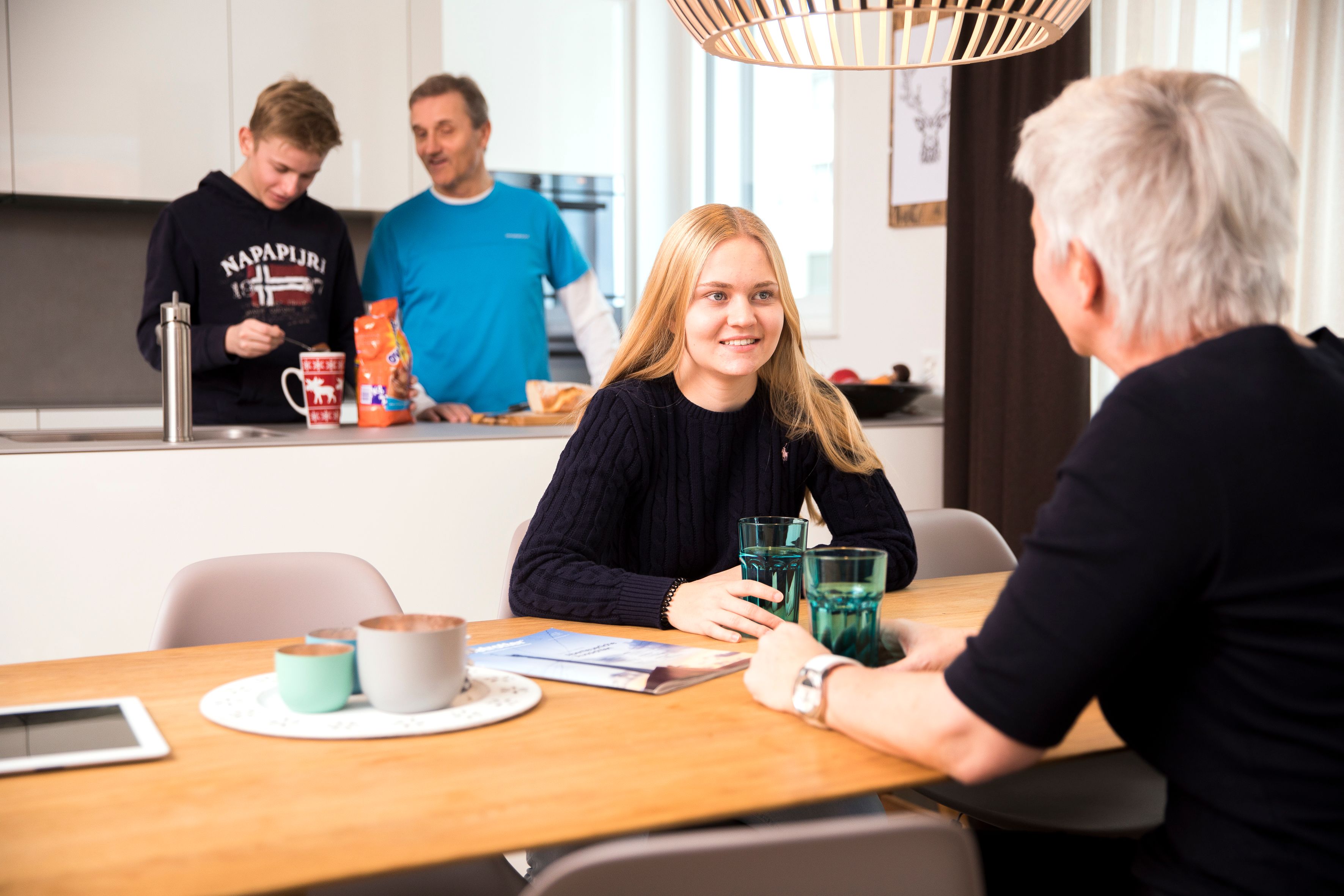 Their love of the north has already led the family to Scandinavian countries several times, and the children even have Finnish names. Daughter Suvi plans to spend her next winter in the darkness of the northern Norwegian city of Tromsö, north of the Arctic Circle. “We will definitely visit her there,” says her father Daniel (59).

As beautiful as in the far north

And what brings the family to Andermatt? “It’s so beautiful here and similar to certain parts of Scandinavia,” says Daniel enthusiastically. “The harsh climate, the bare mountainsides, the distinctive light when the fog creeps through the valley ...” Daniel Stadler couldn’t be more effusive.

But that's just one of three reasons why the Stadlers opted for a holiday apartment in Andermatt: “It's simply the most efficient place for us – in terms of traffic and energy,” says Daniel. The children, who both attend the secondary school in Stans, are not only ardent football fans, but they also enjoy skiing and mountain biking. And they love to celebrate Carnival, called “Fasnacht” in the region. So on “Fat Thursday” (the Thursday before Ash Wednesday), nothing keeps them in the mountains, and they inevitably head off to Lucerne or Stans to celebrate.

To accommodate all four schedules – Daniel is often in Basel on business, Ruth likes to head for the mountains for the weekend later on – the Stadlers often travel individually by train. “We are a public transportation family,” says Daniel.

What clinched it for Andermatt therefore was the fact that each member of the family can arrive and leave by train at almost any time. “This not only reduces CO₂ emissions, but also saves time and hassle,” says Ruth.
The comparison below also shows that travelling by train on select routes to Andermatt and back reduces CO₂ emissions by almost 60% compared with travelling by car.

For a journey to Andermatt and back to the place of residence, in kilograms.

But back to the Stadlers, where it’s time to put on ski wear and head off to the slopes. The electric bus, which stops virtually on the doorstep, travels to the valley station of the Gemsstock lift as well as to the Gütsch Express. Today, the family opts for the “sunny side”, although it is already snowing quite heavily on the mountain and the wind has picked up even more.

Nevertheless, the gondola ride up Gütsch affords a brief view of Andermatt with its new village quarter of Reuss and gives Daniel the opportunity to talk about the resort’s high-density construction. “The houses are built close together,” he explains. “That’s why you often feel as though you’re living in a city.”

As a building services engineer, “I’m kind of a champion of sustainability”, as he puts it. He likes the fact that the building in which the Stadlers’ apartment is located is also large and has high ceilings, and, like all properties in Andermatt Reuss, is heated with heat from the wood-chip-fired power plant in Göschenen, making the energy supply climate neutral.

Engineer Stadler even wants to go one step further: Working with an outside company, he plans to install a control system that will allow him to lower the room temperature in the apartment to 16 degrees Celsius when the family is away and raise it again just before the apartment is used. The whole thing should of course be controllable via smartphone.

Gusts of wind and snow flurries

Having arrived on Gütsch, it is clear to the Stadlers: The view and a break on Schneehüenerstock will have to wait for another day. Some lifts had to be closed early due to stormy weather. 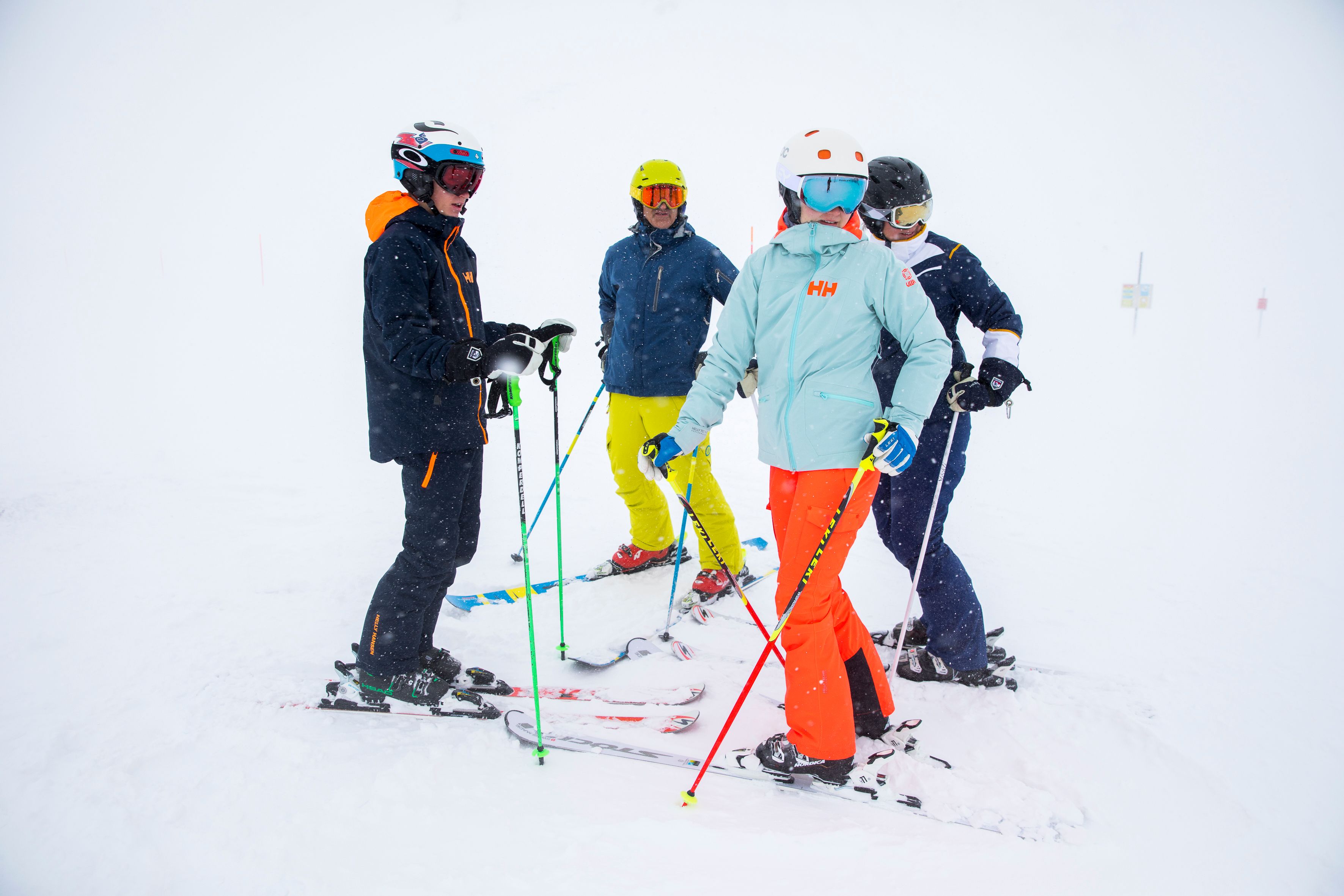 However, for the family that’s no cause for complaint. On the contrary – they are proving to be quite weatherproof, and the few strong gusts of wind with snow flurries don’t bother the Scandinavian-tested family at all.

“That's something you have to expect when travelling in alpine regions,” says Daniel, revealing not only his love for Northern Europe but also that he’s a flesh-and-blood Uri native: “We have roots in Andermatt, some of my relatives live in the village.” This is one of the reasons why he feels so at home in the village in the Ursern valley.