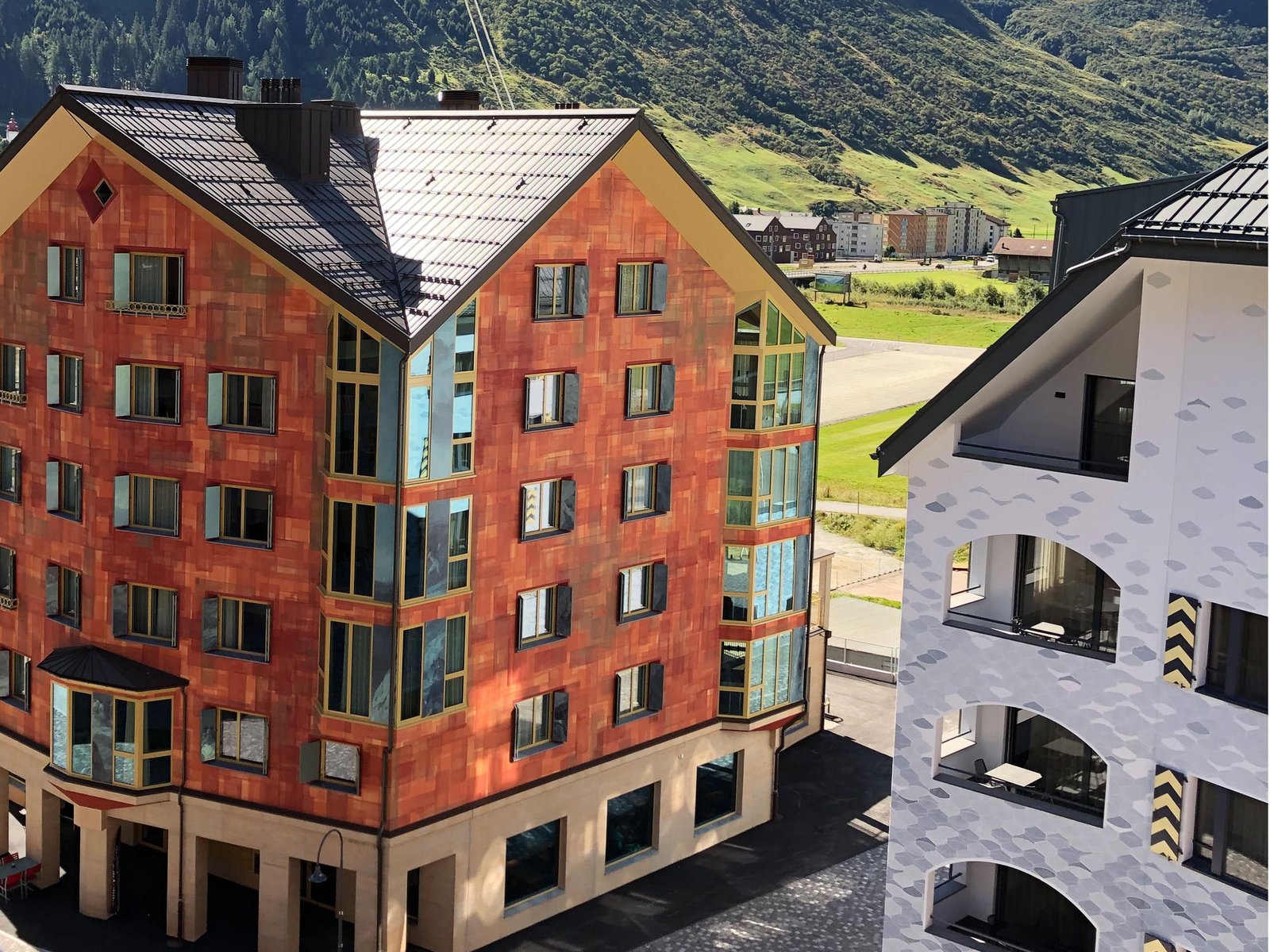 All buildings in Andermatt Reuss have their own story. And the apartment house Alpenrose even tells one: The shutters are all decorated with historical paintings.

The apartment house Alpenrose was designed by the Zurich-based architectural firm Baumberger & Stegmeier. The most striking feature is the red façade, which stands out from the other houses. But the colour was not just a whim of the architect. It was derived from the Tell monument and the Theatre Uri in Altdorf.

On the shutters of the building, one historical painting from the Alps was depicted per façade. If one looks closely at the shutters, details of the paintings can be recognised. If all shutters were closed, the following pictures would become visible: 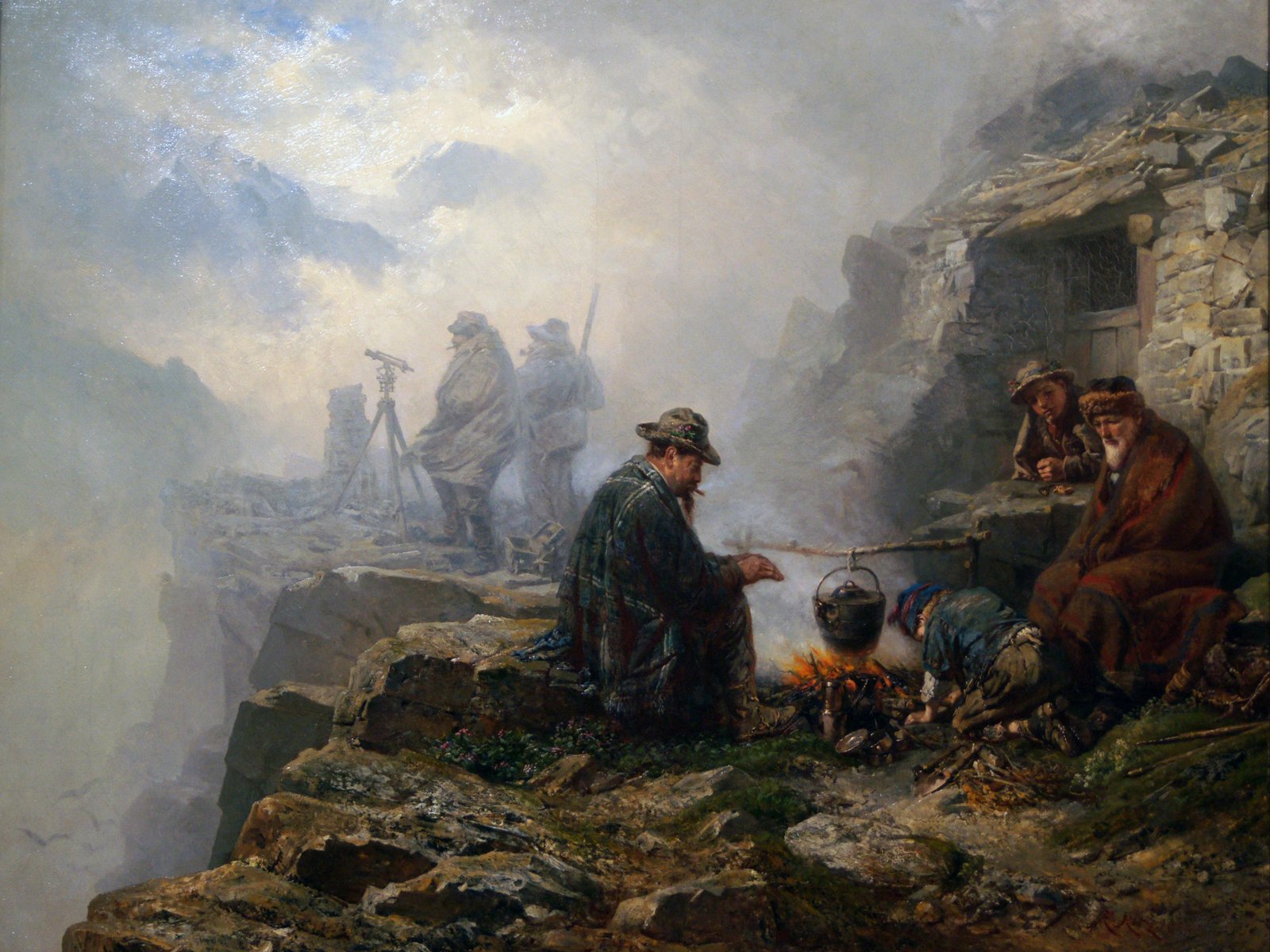 The house Alpenrose is indeed a house that tells history and stories.