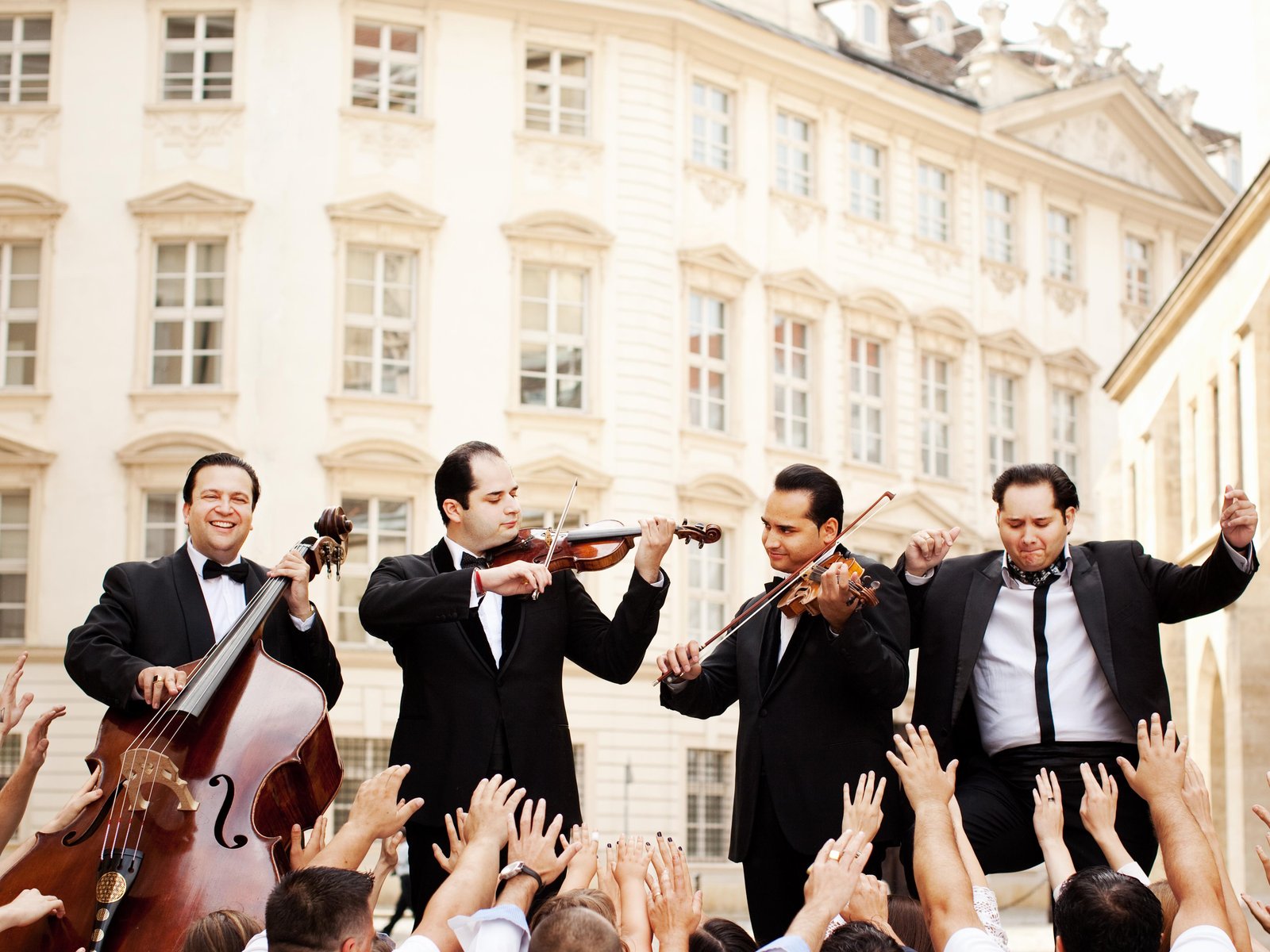 The concerts of Swiss Alps Classics are already a tradition in Andermatt. This year they will take place a little later - but it was worth the wait: On August 22, the world-famous Janoska Ensemble will perform in the Andermatt Concert Hall.

On Saturday, 22 August, the Janoska Ensemble will play the Pathétique Piano Sonata No. 8 in C minor (OP. 13,2) in honour of the 250th birthday of Ludvig van Beethoven, followed by further pieces by Mozart, Bach and their own interpretations in the Andermatt Concert Hall. The three brothers from Bratislava Ondrej, František and Roman Janoska and brother-in-law Julius Darvas will enchant the audience with their very own style.

The Janoska Ensemble's comprehensive understanding of musical volumes is a constant source of new themes and motifs. They draw not only from the cosmos of classical music, but also from other, often "lighter" genres that are more familiar to the mostly younger members of their audiences. Thus, their arrangements unite contrasting musical universes and equally contrasting fans. The uniqueness of Janoskas lies in the wide range and infectious verve of these fusions: all four members are solo artists of outstanding technique and artistry. They have not only enjoyed a top-class musical education but have also mastered ensemble playing and spontaneous improvisation since their earliest childhood. In addition to education, training and experience, there are three further success factors: creativity, the joy of discovery and the boundless joy of making music in an ensemble.

The concert series Beethoven.250 will take place from 17 to 23 August. The works of Beethoven, whose 250th birthday is being celebrated and who is one of the most frequently performed composers in the world, will be reflected in our festival programme on all three concert days. This year the concerts will take place in Andermatt and Vitznau. Tickets are available via Ticketcorner. For locals of the Ursern valley including Göschenen, Wassen and Gurtnellen special conditions apply for the concert in Andermatt.