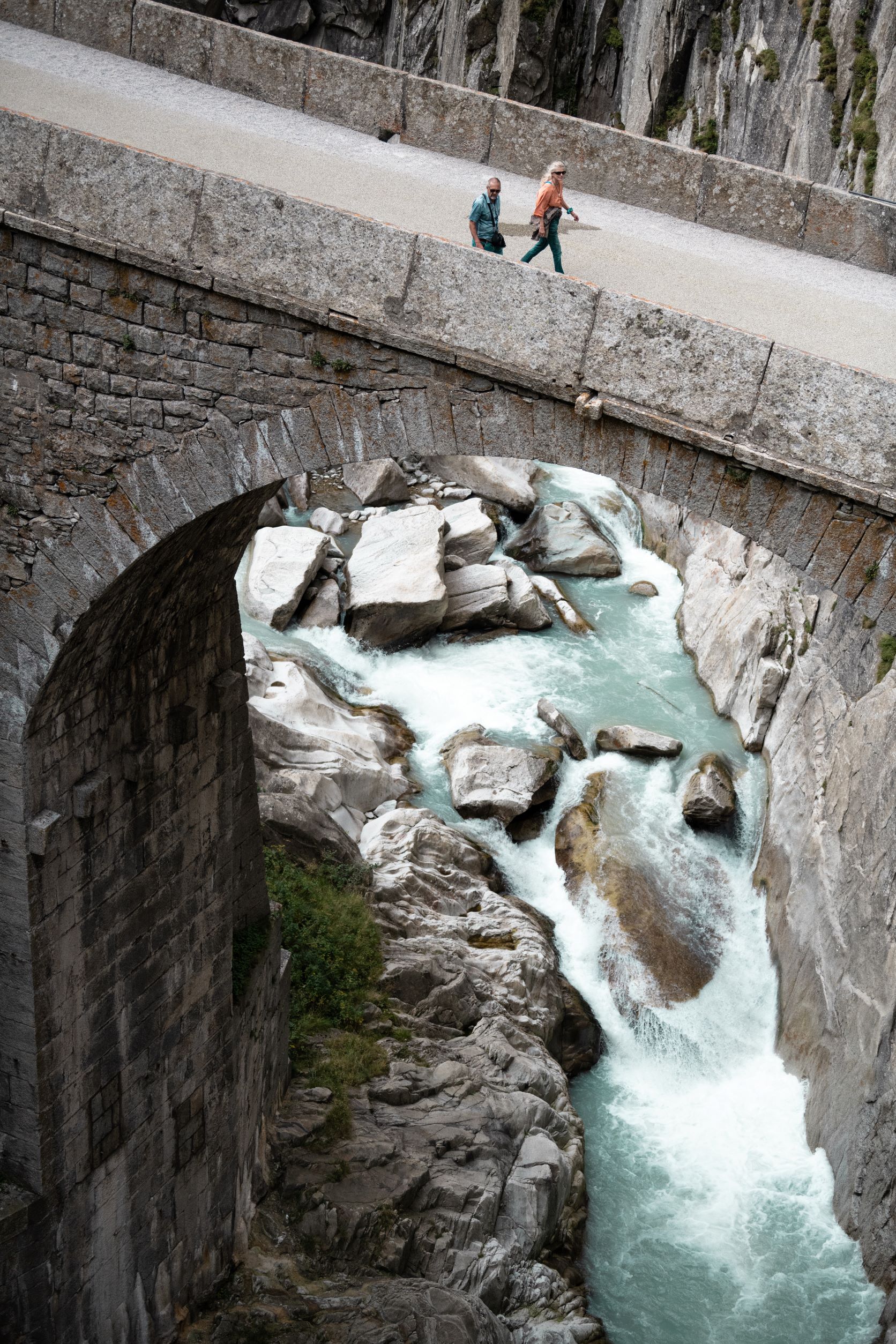 Who does not know them? Schöllenen Gorge forms the link between the two Uri villages Göschenen and Andermatt. The narrow strip between the almost vertical rock faces is shared by modern and historical roads, the tracks of the Matterhorn Gotthard Bahn railway, the wild seething water of the Reuss, and a recommended hiking trail. The two-hour, five-kilometre trail follows old trading routes passing unique sights along the way

As legend has it

The most famous structure on the trail is the Devil’s Bridge, which has been rebuilt multiple times. Legend has it that the very first bridge was built by the devil himself. After the
clever Ursern people tricked the devil by sacrificing a billy goat instead of one of them, the devil tried to destroy the bridge with a boulder. Thanks to a ruse, the boulder missed its target and today the Devil’s Stone is an important landmark north of Göschenen.

After wooden predecessors, the first Devil’s Bridge made of stone was built in 1595. The second Devil’s Bridge of 1830 is now part of the hiking trail, while that of 1956 is used by
vehicle traffic. Above the road, the rock face is resplendent with the painting “Devil and Billy Goat” by Heinrich Danioth dating from 1950 and renovated in 2021. A nearby restaurant is also called Teufelsbrücke (Devil’s Bridge).

The name of the bridge, first built in 1649, is a reminder of the disputes between the muleteers of Uri and Ursern. Today's bridge is a careful replica of the original, which was destroyed in a flood in 1987. 120 apprentice bricklayers from all over Switzerland helped with the reconstruction.

The tunnel village of Göschenen

The Gotthard railway tunnel was built from 1872 to 1882, followed a century later by the road tunnel and now by the second tunnel, which is currently under construction. The signposted tour of the Gotthard tunnel village and the new A2 info centre provide insights into the tunnel-building projects and their impact on the village of Göschenen. Both can be found at Göschenen train station.

The Diavolo via ferrata

Climbers are guided through the granite rocks by 700 metres of wire rope (Level K2–3). Plunging views of the Schöllenen Gorge promise a thrilling experience. The Diavolo via ferrata ends at Tüfelstalboden 1,850 metres above sea level. Hiking trails or the train take climbers back to Andermatt. 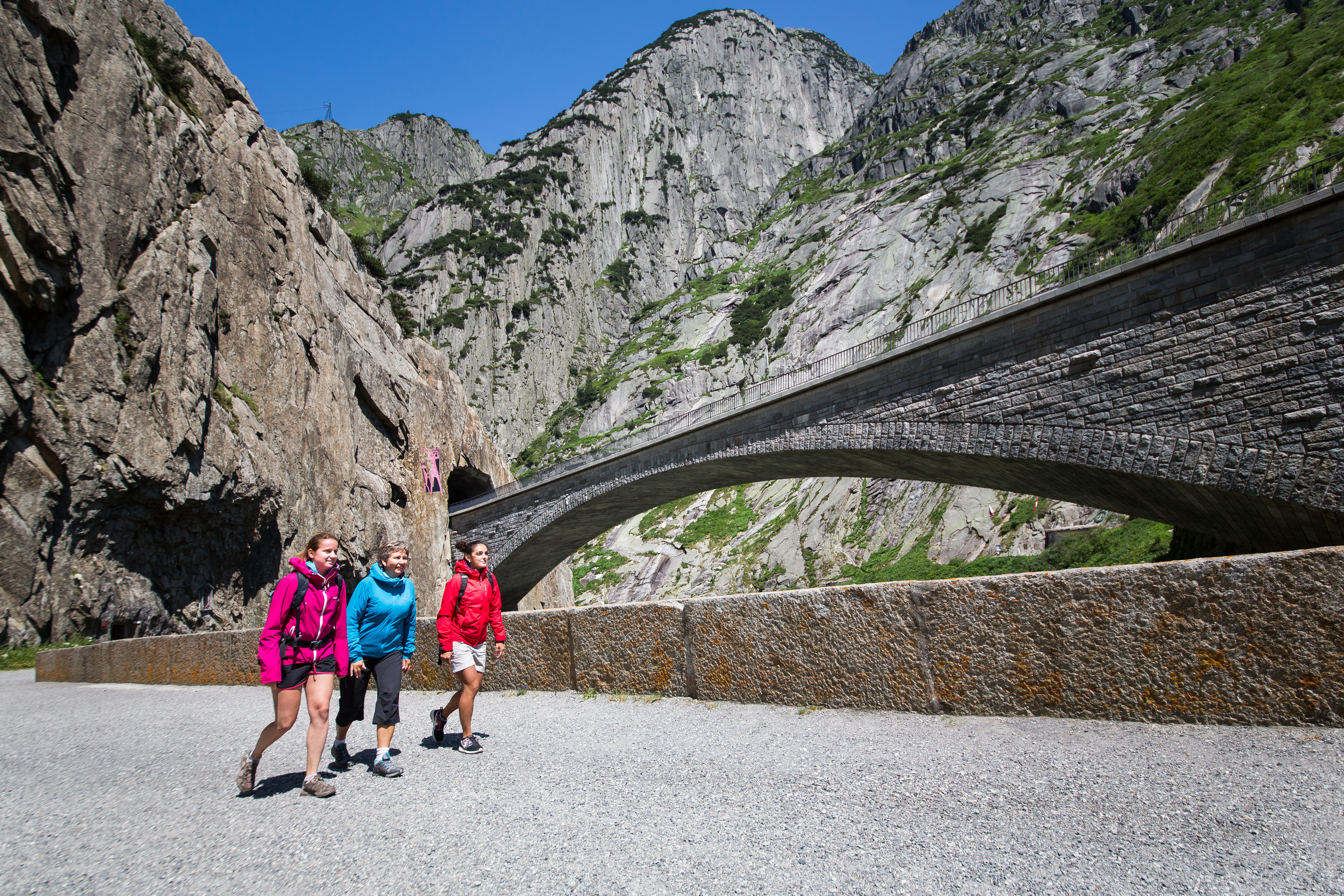 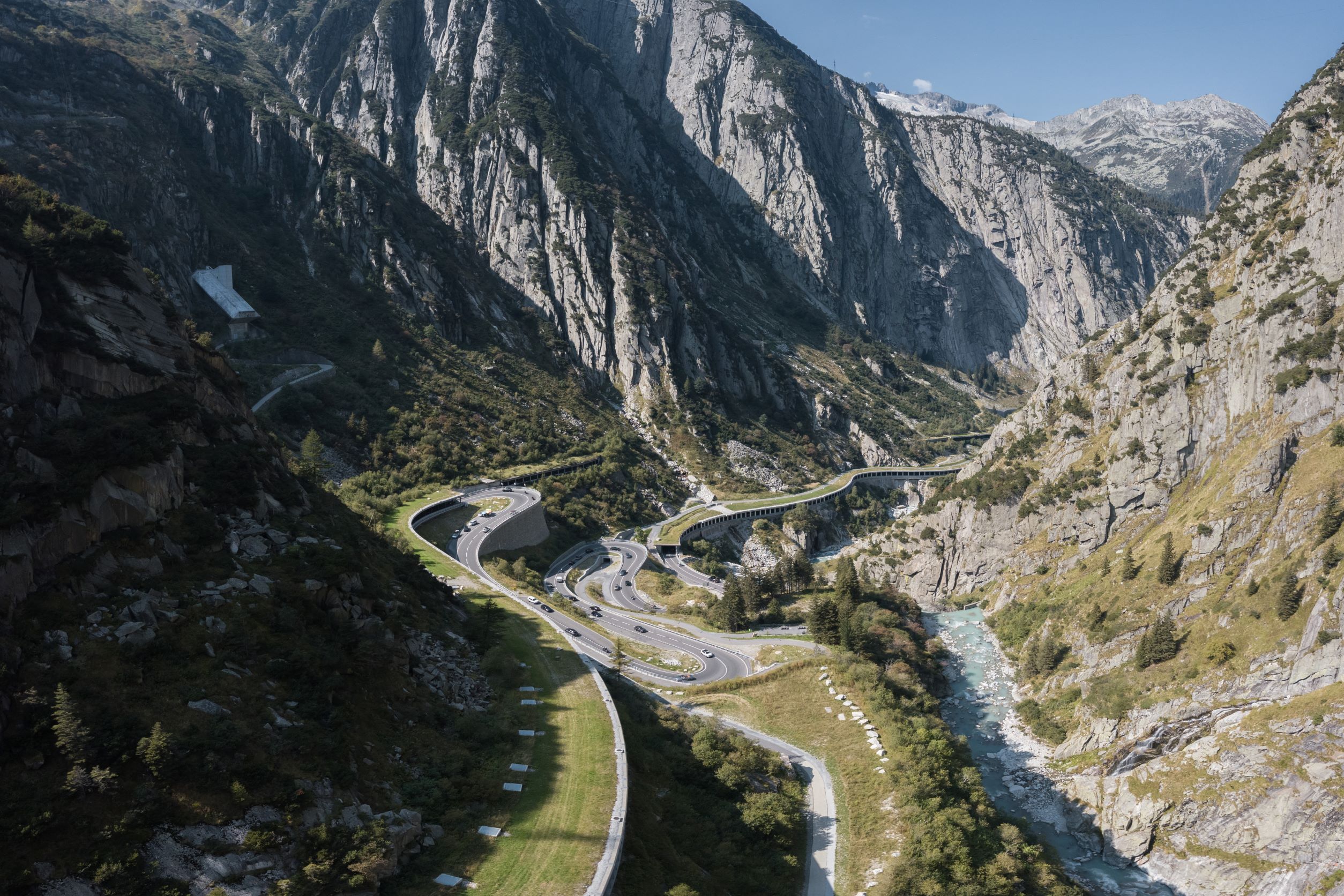