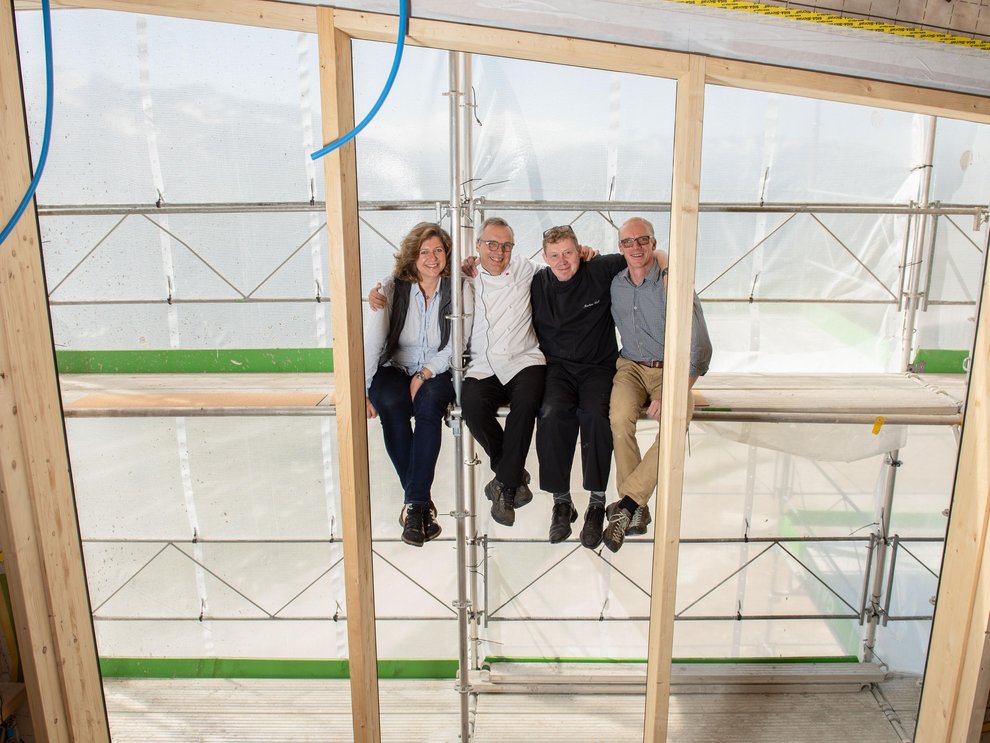 A unique meeting place for gourmets is being created on Andermatt’s local mountain Gütsch for the start of the 2019/2020 winter season.

Gütsch will boast two topnotch restaurants: The Japanese by The Chedi Andermatt (decorated there with one Michelin star) and the new gourmet restaurant to be run by the former team of the Fletschhorn in Saas Fee, led by Markus Neff (Chef of the Year 2007), which was awarded 18 Gault&Millau points.

An impressive new building is currently under construction at a scenic location 2,300 m a.s.l. above Andermatt. Designed by architect Christina Seilern from London, the building stands next to the Gütsch-Express mountain station. Being realised within it is a concept that is unique for Swiss mountain peaks – two restaurants at a high promontory. Thus, with the 2019/20 winter season, Andermatt will be setting another highlight; the two restaurants promise culinary pleasure – in every respect – at the highest level. The restaurants on the Gütsch boast alpine architecture with large glazed panel walls, breath-taking views of the Gotthard mountain panorama, and open fireplaces. The Japanese by The Chedi Andermatt has 44 seats indoors and 45 on the terrace. The gourmet restaurant by Markus Neff has 66 seats indoors and another 145 on two additional terraces.

The second restaurant on the Gütsch will be run by Markus Neff, Maren Müller, Charlie Neumüller, and David Gruss. This team of four successfully operated Restaurant Fletschhorn in Saas Fee until 2018, which was awarded 18 Gault&Millau points. The concept of the "Gütsch by Markus Neff" builds on that of Restaurant Spielboden in Saas Fee, where the former Fletschhorn team also worked. Guests can expect clear, straightforward compositions with no fanfare or show – but prepared with great passion and respect for local products.

Markus Neff says: "Andermatt offers us the unique opportunity to establish a new restaurant, to run it from the very start, and to set some extraordinary accents in a special setting." The location, directly at the Gütsch-Express mountain station, with spectacular views towards the Oberalpass, towards the Gotthard, and across the Ursern Valley, also offers a unique experience not only during the day but also at night.