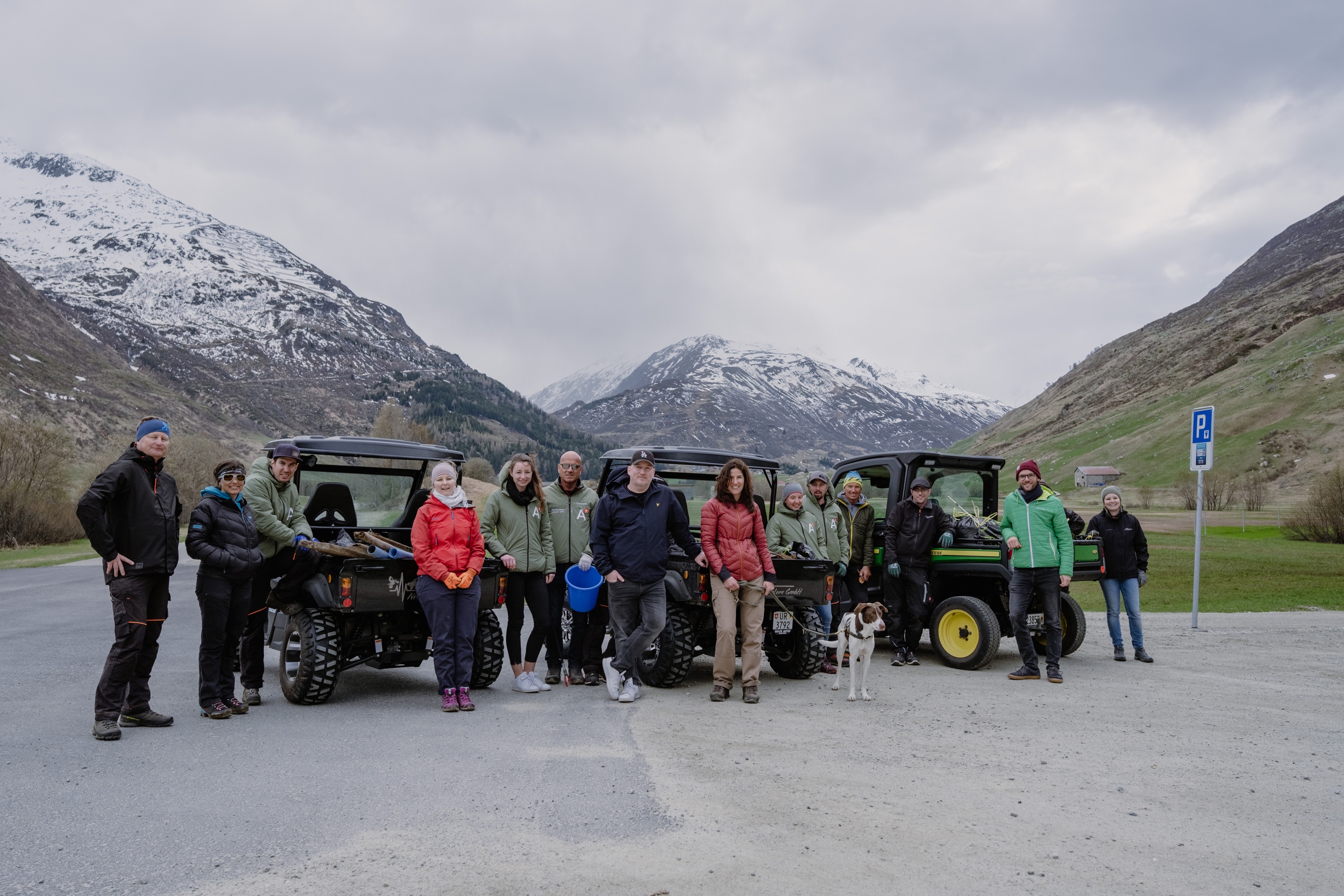 On May 3, motivated employees from a wide range of departments of the Andermatt Swiss Alps Group met up after work to collect litter around Andermatt Reuss. They found more trash than they would have cared to, filling a total of 40 trash bags. That meant there was a lot to discuss when they finished, while relaxing over pizza and beverages. Main question: Who made the most disgusting find?

The weather was much better than forecast, with sunshine greeting the more than 20 participants as they gathered at the designated meeting point on Tuesday evening, May 3. After splitting up into three groups, the volunteers hustled out into the fields around the car parks, along the Reuss River and as far as the golf course. The going was slow, since there was a great deal of litter lying about, especially at the construction site.

The items most frequently found were cigarette butts and chewing tobacco packs, as well as countless pieces of Styrofoam around the construction site in Andermatt Reuss. But some of the helpers were also lucky. One person found a one-franc coin, another a five-franc coin. A valuable bracelet was turned in to the SkiArena – perhaps it’s on the lost-and-found list. Most unappetizing find? One helper actually found a full diaper below the window of a holiday apartment...

After the vehicles, filled to the brim with trash bags, had been repeatedly emptied, it was off to the local Sportsbar, where tasty pizza and drinks awaited the trash collectors, as well as fresh water and a pizza topping or two for Merlot, the four-legged assistant. 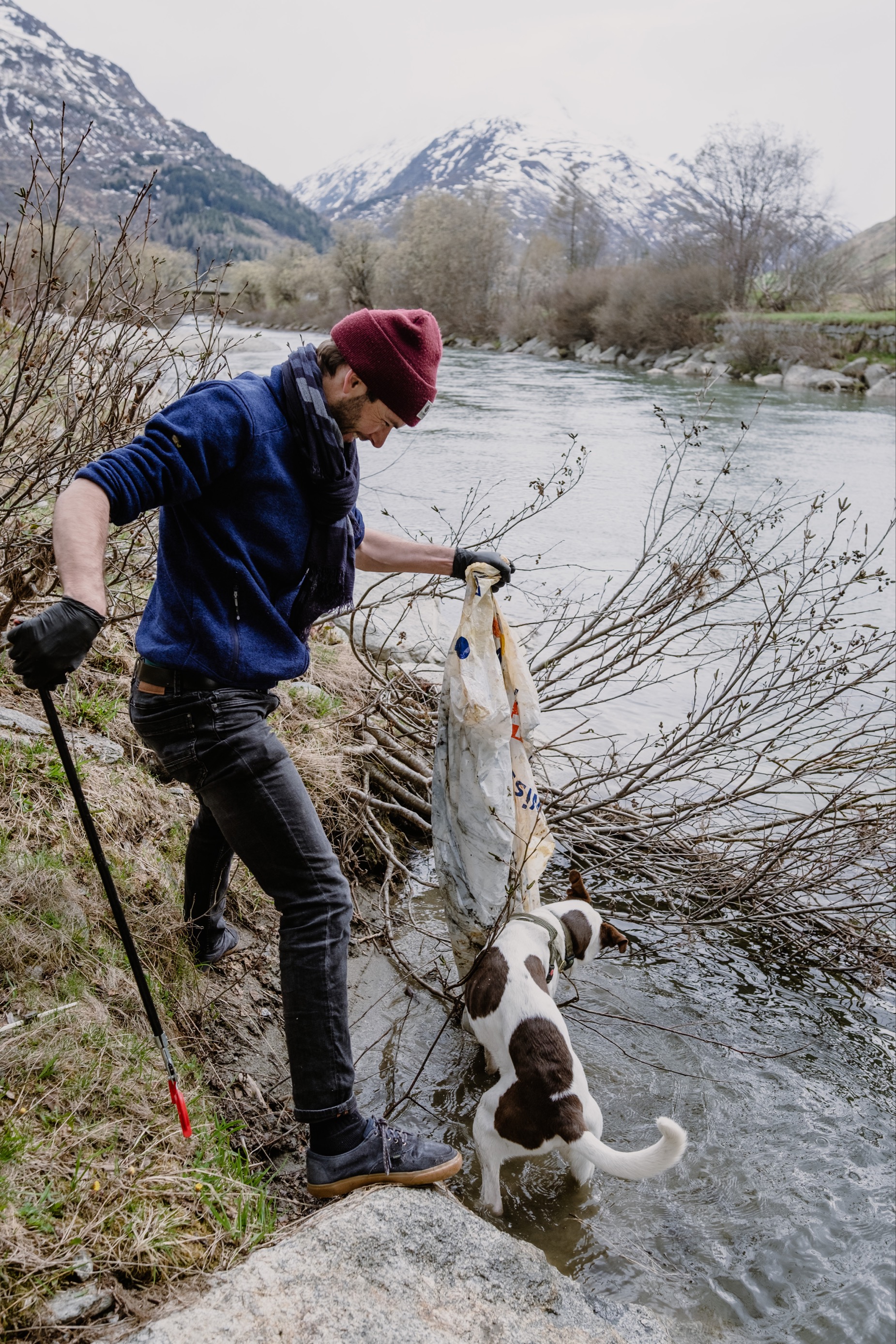 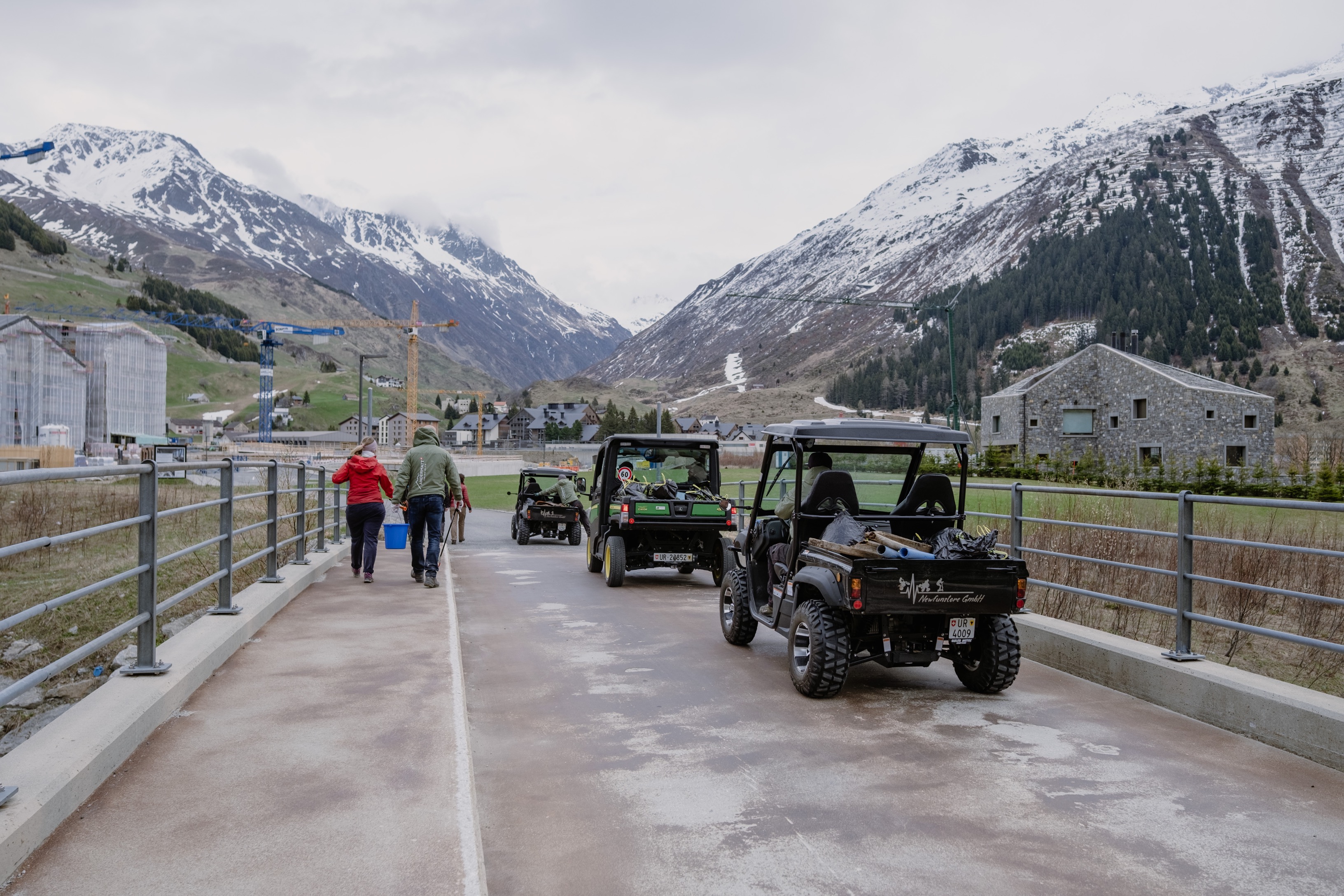